Long and Short Reviews welcomes Lorrie Kruse whose debut novel A Life Worth Living was released in June.

I asked her what inspired her to start writing. "I was reading a book by John Sandford and I came up with an idea for a book. I planned on contacting John Sandford to give him my idea, but, being the lazy…um, I mean procrastinating sort of person that I am, I just never got around to it, but the book idea stuck in my head. One day, I thought,Why don’t I write the book? So I sat down and started writing. The book went from a mystery to a romance because Jason fell in love with Katrina before I could kill her off. I’ve never written the original book idea, but I’m not giving it to Mr. Sandford because I’m still going to write it myself…someday."

She told me that it felt like she'd been writing "forever"—and, from her son's viewpoint it almost is. She started writing when he was two and he's now seventeen.

"Of course, I personally have not aged 15 years in that amount of time," she assured me. "Just him."

The hardest part of writing for Lorrie is actually finding the time to write.

"I have a full-time job. I also make jewelry. Then, we (being me and my family) like to have clean clothes and we like to eat home-cooked meals. It all takes time away from writing," she explained."It’s very difficult to make headway when you only get 45 minutes a day to write and then an occasional Saturday. It’s especially difficult to write a mystery on 45 minutes a day."

I asked her to describe her writing space for us.

"A total mess but comfortable. I write all curled up on my couch with my laptop. Because I prefer to spend my quiet time at home writing instead of wasting that time cleaning (and then I never get around to the cleaning part), the house always looks like a snow globe that’s been shaken, except, instead of snow, it’s all of our stuff."

Lorrie's absolute favorite food is pizza and, if it were calorie free, she'd eat it every day. Oddly enough, though, her favorite restauarant is not a pizzeria, but Red Lobster; and even odder still—Lorrie hates seafood.

"Thank heavens Red Lobster’s got non-seafood," she told me. "My least favorite food is liver. I can eat most anything, but liver makes me gag. Ugh."

"If you could have one paranormal ability," I asked, "what would it be?"

One thing Lorrie said she could not be without is cute and cuddly teddy bears. In fact, if she were going to be stranded on a desert island with only a few modern conveniences, she would want one of them to be a teddy bear (along with her laptop and Kindle).

"There's nothing like a teddy bear to make me smile. And, if I feel the need to cry, a teddy bear never complains if I get his fur wet," she told me. "I talk to my stuffed animals. Stranger yet, they talk back."

"If you could apologize to someone in your past, who would it be?" I wondered.

"My mother. I wasn’t a very good daughter. I was very selfish and self-absorbed. I didn’t appreciate the sacrifices she made for me and my sister. Then, once I got married, I let my husband’s wishes dictate my own actions. He didn’t want me to spend time with my mom and he didn’t want my mom around our house so I let my relationship with her go by the wayside. Now, she’s gone. I’ve often mentally apologized to her. By the way, I’m not longer with that husband. The hubby I’m with now (my forever hubby) is a caring man who never would have told me not to spend time with my family."

One of Lorrie's favorite characters is Stephanie Plum.

"Who else can blow up a car as many times as she does and still have people give her cars to use? And, to have Joe AND Ranger? Two hotties vying for your affection," she said with a sigh. "Lucky Stephanie."

I asked Lorrie to tell me about the absolutely best fan letter she's received.

"I received an email from a girl who said she 'forgot' to do the dishes and the laundry and woke up at 4:00 just so she could finish the book because she had to find out what happened. It's really great to know I've crafted a hard-to-put-down book."

"Learn everything you can on the craft of writing as early in your career as possible. What took me so long to finally get my first book published is that I kept learning along the way and I then kept going back and re-writing the book, utilizing the new skills I learned. Sure, the book was a zillion times better with each re-write, but it’s hard to get headway when you keep writing the same book over and over." 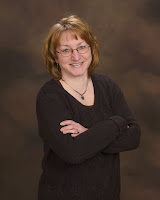 Lorrie is many things besides a writer. By day she’s a legal secretary (not to be confused with the illegal secretary of her evening hours). She’s a wife (to a wonderful prince of a husband, Brian) and a mom (to a non-furry two-legged critter (Tyler) and a very furry four-legged critter (Token, an Alaskan husky)). Lorrie rarely sits idle. If she’s not writing or working, she’s probably making jewelry or crocheting another pair of socks (much to the dismay of her hubby who says why don’t you just buy socks at Walmart). And, if there’s a wayward teddy bear in need of a home, Lorrie’s your go-to-gal, as long as that bear doesn’t mind living in a log home in the country in often-chilly central Wisconsin. Find Lorrie online at www.lorriekruse.com

A surefire way to jinx your future is to have it perfectly mapped out. Twenty-six year old construction worker, Matthew Huntz, was on his way to making his dreams real - gorgeous fiancée, perfect job, and the house he’d always wanted. Until the car accident. Paralyzed from the chest down, with his life's GPS offline, Matt is forced to recalculate everything.

His physical therapist, Abby Fischner, has never had a sense of security. It seems her life has been one change of address after another, one bad relationship after another. Neither believes in happily ever after anymore. Yet as their friendship grows, Matt opens her to the realization that not all relationships end in heartbreak while Abby helps him see that the wheelchair doesn’t define who he is.

Both their lives are changing, but will these changes and the people that surround them bring them together or pull them apart?

Hi, nice post. I have been wondering about this topic, so thanks for sharing. I will certainly be subscribing to your blog.teddy bears

I would to be able to make jewelry.
debby236 at gmail dot com

You have a very busy life. I enjoyed the interview and learning more about you.

Your excerpt was extremely compelling for me. A man in a wheelchair...and his therapist....This type of situation offers so many issues and conflicts for the characters to deal with. Is it possible for them to be stronger together than apart? In particular, the man in the wheelchair, by his nature, will struggle with the serious physical aspects of his injuries...the logical helpmate would be the therapist. However, she will have to breach her professional boundaries in order to truly reach him....intriguing, yes!
Susan Shapley
susanshapley@sutv.com