Long and Short Reviews welcomes Rachel Brimble whose latest Victorian romance Love's Debt has just been released. Rachel will give one randomly drawn commenter on today's interview a copy of the book.

"My characters dictate where and when their story will be told – I have no control over that! For a long time, my favorite was The Arrival of Lily Curtis because it was my first historical and my best received book. Plus an absolute joy to write! Lily came to me fully formed; she’s fantastic. Having said that, my new favorite is the romantic suspense that I recently signed with Harlequin Superromance – this book gave me SUCH trouble when I was writing it but clearly the angst paid off!"

Rachel has just finished book two in what she hopes will follow her recent signing with Harlequin and is now working on book three. It's a romantic suspense trilogy which is set in a fictional UK seaside town called Templetopn Grove.

The second book was inspired by Rachel's own life—when she and her family were caught up in the French floods in 2010—they were rescued by helicopter from a hotel roof.

Rachel always wanted to be a writer. Her first influence was Enid Blyton whose books she devoured, then she moved on to Judy Blume.

"I wrote lots of stories that were abandoned and forgotten and then when I was sixteen I thought I would be a journalist but I just never committed myself to it as I should have. Oh, the regrets!," she exclaimed. "I moved on to work in a bank for the next ten years until I married and got pregnant with my eldest daughter. When daughter number two came along, that’s when I decided to get serious. By the time she started school in 2006, I had finished Searching For Sophie and it was published by The Wild Rose Press in 2007. The rest is history!"

She's a stay-at-home mom so she has to work around the kids, but as they are getting older she has more and more time to call her own. She's at the computer by 9 AM, Monday to Friday, and works straight through with lunch at her desk until 2:30 PM. After she picks up the kids from school, her time is spent on chores and running the kids places before she starts dinner.

"I tend to sneak back and forth to the computer in between and until 7pm, then I switch off. Family time is reserved for the evenings," she told me. "How much I work on the weekends depends on the kids and any plans we have as a family – if nothing is planned, hubby and the kids know where to find me!"

"I know some say her books are very much alike but I don’t agree with that at all. Every time I pick up one of her books I know I am in for a great story and memorable characters. Her style is what I love and the fact her characters feel so real – no matter how many I read, I still can’t work out how she brings everything together so well and seemingly effortlessly. She is a huge inspiration to me—and so damn prolific!"

In her own writing, Rachel usually starts with a premise—an idea, or more often then not, she'll hear a character's voice in her head.

"They tell me their problem or I imagine a situation and I go from there. The first thing I do is write a two to three page synopsis to get the idea clear in my head. Then I write character sketches for my hero and heroine – that usually establishes the plot conflict and the romantic conflict. Then I write! The first draft is written from start to finish – draft two is sorting out the problems and inconsistencies. The initial synopsis is tweaked throughout draft one so when I finish the novel, my synopsis is pretty much ready. It works for me!"

It's very hard for Rachel to come up with her titles, and it always surprises when she's complimented on them because they are such a struggle for her. She's only had two of her titles changed by her publisher out of eight releases--Searching for Sophie was originally "Saving Sophie" and Reluctant Witness was "Witnesses to Murder"—her first two novels.

"What is the most surprising thing you discovered while writing your books?" I wondered.

"That it’s hard to write books," she answered with a laugh. "I’m serious. Lots of people say they want to write but never actually finish a novel…or even a novella. Every story is a challenge. For me, it doesn’t get any easier the more I write. Plotting is my weakness and I usually hit the ‘sagging middle’ around 35,000 words and wondered what I’m going to do because the whole story seems rubbish! Writing is hard – that’s what I’ve discovered BUT I have to do it. Writing is a compulsion. I love it and can’t imagine doing anything else." When it comes to research, for her contemporary novels there's not much involved.

"I think the advantage of writing romance over other genres like crime, is the stories are based in emotion. As a writer, I only need to dig deep inside myself to get that emotion the romance reader expects onto the page," she explained. "We’ve all experienced heartbreak, disappointment, betrayal or helplessness, just as we have joy, hope, love and happiness. The plots tend to come from something I need to say or something I have seen or heard that I know will touch people."

For her historical, she uses the internet and her ever-growing shelf of Victorian non-fiction to get ideas flowing. She's fortunate enough to live in the UK, so for her Victorian romances, she sets them in Bath, Bristol, or—for her next one—the Cotswolds.

"I live within an hour drive of all of these gorgeous, richly historical places and take huge advantage that they are right on my doorstep. As I write for the US market, a lot of my fellow romance writers have to use internet/book research for their settings and its history – whereas I can take a notebook and pen, disappear for the day and the time be completely validated. I hope that I’ve actually been to the places comes across in my stories. I’m a lucky girl!" she admitted with a smile.

"Write—and keep writing! The only way to learn this craft is by practice and discovering what you love and what works for you. Join as many of the fabulous online groups as you can and talk to other writers. Money is tight for everyone, so choose one or two online courses every six months or so and learn an aspect of the craft. Point of view, plot, dialogue – they all need to be studied because until you master these things, you are going to receive rejections no matter how good your idea. Most important of all – believe in yourself! So many people view writing as ‘a hobby’ or ‘a dream’. If you want this, treat it as a job and put the hours in – there is no other way." 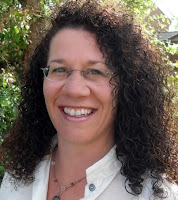 Rachel lives with her husband and two young daughters in a small town near Bath in the UK. She started writing short stories about eight years ago but once her children were at school, she embarked on her first novel. It was published in 2007. Since then, she’s had several books published with The Wild Rose Press, Eternal Press and Lyrical Press. She acquired a US agent in March 2011. A member of the Romantic Novelists Association and Romance Writers of America, Rachel hopes to have a further three novels, one mainstream contemporary, one romantic suspense and one Victorian contracted in 2012.

When she isn’t writing, you’ll find Rachel with her head in a book or walking the beautiful English countryside with her family. Her dream place to live is Bourton-on-the-Water in South West England. And in the evening? Well, a well-deserved glass of wine is never, ever refused…

To keep herself from the depths of poverty, Milly Shepherd needs to be appointed manager of the Red Lion Tavern. The elderly owner is in failing health and has promised her the job permanently if no one more suitable applies. Milly will fight with her entire being to make the job her own.

Joseph Jacobs needs to supplement his income to pay off his father’s creditors and save him from debtor’s prison. Though the job as manager of the local tavern looks promising, Milly is favored by both the owner and customers. Instead, Joseph swallows his pride and agrees to tend bar.

As they work together, their attraction grows, their goals cross, and both Millie and Joseph find they must face their fears …the question is whether they face them alone or together?

Thanks for sharing how you write. I love Victorian stories.
debby236 at gmail dot com

Realy enjoyed your post .Have a fantastic week
flanagan@mebtel.net