Long and Short Reviews welcomes Sophie Greyson whose debut novel Heaven Scent was released this month. She's giving away a free download of it to a randomly-drawn commenter on today's interview.

She is currently working on a contemporary, romantic comedy set in the small Texas town of Jackpot; and, yes, she promises that cowboys will be present! She lives in San Antonio and loves it, because they don't have snow, the cost of living is cheaper than most of the country, have great Mexican food, and her favorite pro basketball team just happens to reside in San Antonio.

Sophie told me that her brother wrote an article and had it published in an automotive magazine.

"I had a Duh?! moment," she said. "I thought Hey, I’ve been writing and winning awards all through middle/high school. I can do that, too. But my first love was romance novels, not magazines – especially automotive – so, here I am."

When she was 21, the sheriff came to her house to tell her that her father had drowned in a boating accident, and she had to tell her mother, her brother, and call the rest of her siblings.

"It was the absolutely scariest, saddest event of my life," she told me.

"How long have you been writing?" I asked.

She answered, "How old is dirt?"

"You can have the most exciting scenes in the world, but if the reader doesn’t care about the characters, they mean nothing," she explained.

Some of her own favorite authors, who not only have great writing, but create amazing heroes are Karen Marie Moning, Judith McNaught, Julie Garwood, and Suzanne Brockmann>

Sophie works full-time in a management position and sometimes she needs to work late—so, for her, the hardest part about writing is just to find the time. She tries to write a couple of hours every weekday evening, as well as Saturday nights and Sunday afternoons. However, don't mess with her when she's on a roll.

She also tries to fool herself into thinking she's a plotter, but she admits that she rarely sticks to her plot outlines. Her characters tend to take over scenes and change things.

"When that happens, I go back to my plotting outline and change it to reflect my character’s changes. Even if I have already written the scene," she said. "Weird, I know. But, when I am done, it helps me to look at the overall character arc and plot."

After writing eight books, she has been surprised to notice that her stories tend to revolve more around the heroes than the heroines, but she doesn't know why.

"And, my heroes always have potty mouths," she admitted, with a smile. "I’m sure a good psychologist could tell me what that means."

"What is your most embarrassing moment?" I asked.

"I will never tell my most embarrassing (I try to forget that one!) but one time I was sitting at my desk, eating Oreos, when the door to the outer office opened. I thought it was a co-worker. But, when actor John Schneider peaked his head in my office, I nearly fell out of my chair. I had Oreos crammed in my mouth so my teeth were all black when I smiled. He just laughed and took it all in stride. I, on the other hand, wanted to dive under my desk. He ended up donating a door from one of the General Lee’s for a charity event I was organizing at the time. A really good man."

Sophie feels print is on the way out and ebooks are the coming thing, even though she hates the thought of it. With her own writing, she can write situations, character traits, settings, etc., that are usually taboo with publishing houses. Also, she prefers reading on her IPad and her mother, who as macular degeneration, can adjust the background and text on her e-reader and can read all day long.

She is also very organized—she constantly analyzes situations to see how she can be the most efficient. If she has to run errands, she will map out the locations in her head so she doesn't ever have to double back and her last stop is the one closest to home. At work, she breaks down her work duties into increments to determine how to eliminate steps and perform them most efficiently. She keeps her files at home, and in one minute she can get out the receipt for the toilet they installed when they remodeled back in 1996.

"What is one thing readers would be surprised to learn about you?" I wondered.

"I am very insecure. It takes a concerted effort for me to say thank you to a compliment, even though I am thinking inside it was very nice of the person to say so. I can’t walk into a room full of strangers by myself unless I have a definite purpose for being there."

"Don’t let the demands and rules of the publishing business stifle your creativity. Write what you want to write. With the ease of self-publishing these days, you don’t have to stick to certain word counts, subjects, settings, etc. You can write whatever you want! I’ve found that when I allow my creativity to flow, it’s a natural high." 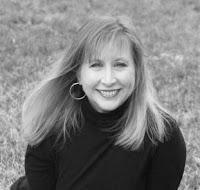 Sophie Greyson lives in Texas with her husband and numerous saltwater fish. The mother of two grown children, Sophie has a full-time career in accounting and human resources management. When she is not writing, she enjoys reading, movies, watching her two favorite TV shows & her favorite basketball team, and driving her Camaro.

On her deathbed, Lady Jane Worthington makes her eight-year-old daughter, Tarin, promise her three things: live life as she pleases, do not allow her father to arrange her marriage and, most of all, marry for love.

After witnessing her mother's suffering and subsequent death, Tarin is determined to save others from the same fate. And nothing, not her noble status, nor society's belief that women cannot be doctors, will keep her from making Gregory's first female medical college a reality.

What Tarin doesn’t realize is that Rafe comes with a little help from above, and what mother wants, mother gets..

fascinating interview. I enjoyed reading it. Now I will be wondering what you very embarrassing moment was.
debby236 at gmail dot com

Thank you for sharing a little about yourself. I hope that your book does well.

Great interview, and the book looks really good too!

Debby, Melody and Robin - thank so much for the comments! And Debby, that embarrassing moment will never leave these lips (or fingers!). :)

The winner by random drawing of the free e-book is Robin! Congratulations! Robin, I will email you a link for the download.

You still have a chance to win a free download of my book. Just go to my website at sophiegreyson.com and check out my virtual book tour schedule. Comment at another of my stops and you could win.

Congratulations to Robin, the winner of this contest.