Long and Short Reviews welcomes back Faith V. Smith. Faith is from a small town in Georgia, and she loves the fact that people still pull over to the side of the road for funeral processions. She also likes that it’s hard to meet a stranger. She began writing in the sixth grade and told me, "I just knew I had to write. I wished I could explain it better, but sometimes, you have to get your thoughts on paper."

Faith has written nine books and has published eight, and she also has several more in the works. Her favorite is Immortal Justice.

"I loved writing that book," she said. "It seemed to flow. I can’t wait to get the rest of its sequel finished."

She stresses over titles, because she knows it's going to have to work with the plots and characters—plus she wants it to grab the reader's attention.

"I’m usually blessed when a title just presents itself and I know it’s right."

This can really cause a problem, because Faith has to have the title before she can start work.

"It’s like if the title’s there, the rest will come," she told me. "Sometimes it works that way and sometimes I have a working title until it comes to me."

"What is the most surprising thing you discovered while writing your books?" I wondered.

"That my characters tend to have minds of their own. If you try to write them into a scene and it doesn’t work, they will let you know. Crazy? Yeah, but there you have it."

When it comes time to do research for her books, she will generally use online sources, but when she can she will also do a road trip.

"I loved going to Savannah to research Kensington's Soul," she told me.

"What is one thing your readers would be most surprised to learn about you?" I asked.

"What is your most embarrassing moment?" I wondered.

"Well, I’ve had several, and I’m not sure which one was the most embarrassing, but when I was like thirteen or so, I tripped and fell in front of a guy I wanted to impress. He was like the Seventies equivalent of 'Fonzie.' I finally told him I had a crush on him at my 25th high school reunion. He said he was flattered." She laughed. Faith has a Kindle Fire and loves it. She also has Kindle apps on her phone and computer.

"Still there is something about holding a print book in your hand on a winter afternoon," she admitted. "And as for me as an author, I love having my work out there in any form."

"If you were stranded on a desert island and were only allowed to have five modern conveniences with you, what would they be?" I wondered.

"My Kindle, my phone, my laptop, a refrigerator, and a microwave. I know, I like my creature comforts."

Faith told me she had had several scary moments in her life, but the most frightening were when her husband received a head injury and she realized he would never get better, along with every time her daughter gets injured or sick. 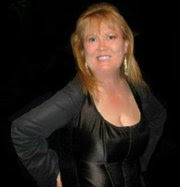 I started my career as an author in the trenches, doing reviews for a lovely magazine called Bridges. From there, I polished my pen or keyboard by writing reviews for Romantic Times Bookreviews Magazine. I have also had the pleasure of working with the wonderful staff at MyShelf.Com.

When not penning reviews, I have turned in my share of interviews with authors, cover models and editors from different publishing houses. Actually, I have done my share of editing also. Not to mention penning a column for a local newspaper. So, when it comes to reading romance, I too like a book that takes me away from life's troubles.

Over a millennium ago, Highlander Darach MacRath was murdered. Resurrected by the Archangel Michael to fight demons as an Immortal Executioner, Darach now opposes all evil in the mortal world. His life is solitary—but when he rescues a young woman who not only sees demons but battles them herself, he is captivated by her courage and beauty.

Abigail Dupree is not looking for love. But when a tall, dark demon fighter with a sexy brogue intervenes in her hunt, she’s fascinated. She should run away—but then his gentle yet sizzling touch ensnares her heart. When a demon from Darach’s past sets his sights on Abby, Darach will do anything to protect her—but for Abby, losing him would be worse than death. Together they must fight the demons of past and present, and the possibility that evil could destroy them both, before they find the gift of love.