Long and Short Reviews welcomes Tina Gayle, whose first book in her new The Executive Wives Club series, The Unwilling Widow, is being released today.

"Congratulations on your release, Tina," I said. "Can you tell us a little bit about the series?"


"The story first came about because of a story in the paper about several executives killed in a car wreck. What would their wives do? The story developed from there. I decided I need four women, but not just any women. They had to be different in age, upbringing, life ambitions. I wanted them to not have much in common, but forced to depend on each other. Each unique, each with their own story, they were drawn together by the disaster and forced to see the world in a new light."


The Unwilling Widow is about Jennifer Larson; the next books in the series each feature on another member of the Executive Wife Club: New Baby, Mr. Fix-It, and the Widow is Brie Sullivan's story; Empty-Nest Widow is Sylvia Donovan’s story; and Reworking the Widow is Marianne Clark’s story.


Tina had read romance novels for years before she started writing, living with the characters, crying, loving, suffering with them until, she told me, "at times I couldn't stand the heartache."


She didn't believe she had the talent to write, even though she had been writing stories in her head for most of her life and she had an active dream life.


"Then when my children started school and I had an hour commute to work, I started reviewing what I really wanted to do," she remembered. "Continue being a programmer? No, though fun, I wanted a new challenge. It came with a move from Atlanta to California. Talk about culture shock; we all suffered, and I told my husband I’d only do the move it I could follow my new dream of being a writer. Oh course, being the wonderful man he is, he said yes and the journey started. That was in 2001 so as you can see I’ve been writing for little over ten years."


When Tina started her first book, Pregnancy Plan, she chose a woman much like herself at that age. She wanted to have kids but didn't have a boyfriend, so she used the pain she went through herself to make the story come alive.


"Did my life follow my characters? No. Jillian had it much harder and suffered more than I did, but the pain is really for anyone wanting a child without the means to have one."


Tina has written around eighteen years, with her favorite being an unpublished series she started right after her mother died called the Family Tree series, with the first book titled Summer's Growth.


"It is a paranormal story about Mattie Winston, who is the keeper of the past generation of the Winston family spirits. She loves her job but the spirits decide it is time for her to get a life," she explained. They invite a distant relative to the regal estate and give Mattie the job of training her. Faced with the challenges of creating a new life for herself, Mattie meets an old flame and love flairs. I'm hoping to get back to it after I finish the Executive Wives Club series."


Tina told me that it took her a while to admit to her friends that she was a writer.


"Yes, I was spending my days in front of my computer, but I questioned whether or not I could call myself a writer. I still question it because I feel I’m more of a storyteller than a writer," she explained. "I guess everyone has a different mean behind the word. Writer to me sounds like something dry and without life. I tend to tell people I’m an author or a storyteller."


Tina converted one of the extra bedrooms into an office. I asked her to describe it for us.


"I have a beautiful desk with my computer, papers, a calendar, a notebook, a candle, a bowl of rocks, and books sitting on it. On one wall sits a bookcase and a file cabinet. A chair stands in another corner, but it’s not very comfortable. I don’t want too many guests. Printouts of my covers that have been framed grace the walls along with Red Skeleton’s picture of 'the Philosopher'.”


She usually spends the morning working on the internet—email, Twitter, Facebook, write her blogs, and check out other sites. In the afternoon, after her husband has gone back to work after lunch, she starts writing.


"That is my current schedule but it can change if I have something schedule for the afternoon," she said. "I try to spend time writing every day; granted it might not be on my book. Blogs, interviews, and other things have to be written too."


Before she started writing full-time, her creativity would come out in redecorating her house regularly.


"I’ve painted rooms, put up wallpaper, just last year I redid my master closet," she said. "In my dining room, I couldn’t find a table cloth in the colors I wanted so I created one. I also try to garden. I put in the plants, water them, feed them, and watch them die. Only to start all over the next spring. My family also claims I hate trees. So not true, I love trees but I don’t want their limbs down too low so I cut them off. Oh, the abuse I get for trimming trees."


Tina told me she's not a picky eater and can eat just about anything. She grew up in Texas near the coast so steak, seafood, and Mexican make the list of favorites for her. She had an uncle in Louisiana, so she enjoys Cajun food. She was introduced to Chinese food in her twenties and likes most of that. Her weakness, however, is fudge with walnuts, carrot cake with walnuts, banana bread with walnuts…


Finally, I asked Tina if she had a favorite quote or saying. 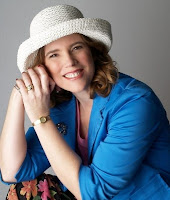 Tina Gayle was born in Texas, the place of her heart and where most of her family still lives there. The youngest of four daughters, she grew up a dreamer.


She worked for years in the business world doing a variety of accounting jobs. Then when her two sons were little she decided to go back to school to get a degree in MIS. Today, she uses her degree to develop and maintain her web sites.


An author of over eighteen books, she spends her days writing and conversing with her characters in her head. No, she’s not insane, just enjoys learning more about the people in her story. Why not give her a read? Warning though, an emotional ride will ensue.

Jennifer Larson, having lost her husband, friends and the perfect life she’d had plan, now faces the biggest challenge of her life, moving into an unplanned future. While the rest of the Executive Wife Club is still wallowing in the past, Jen is tempted into the future by a sexy chiropractor, Hagan Chaney.

But does he really love her or is he only after her money like everyone else?

Thanks L&S Review. You guys are the best to help me celebrate the release of my new book "The Unwilling Widow."