Long and Short Reviews would like to welcome Mary Manners, whose latest book, Mattie's Meltaways, is coming soon from White Rose, an imprint of Pelican Book Group. I asked her to tell us a little bit about the book.

"Mattie’s Meltaways is the fourth—and last—book in the Sweet Treats Bakery Series. Mattie’s waited a long time for love. Her parents died when she was in her early twenties, and she took on the responsibility of raising her three younger sisters while running the family bakery—Sweet Treats. Tyler Jacobs lost his wife and unborn son during childbirth, and he’s raising his six-year-old daughter alone. He feels lost until he walks into Sweet Treats and strikes up a conversation with Mattie. They’ve been friends most of their lives, but can there be something more?"

She's currently working on a Christmas story ("that's right…Christmas!" she told me). Quinn Sanders is a single mom down on her luck, waitressing at an all-night diner when youth pastor Jason Graves comes in looking for a hot cup of coffee and some peace and quiet. You can imagine, with Quinn involved…what he finds is anything but peace and quiet.

Mary told me that she's felt like she was a writer since she was old enough to scribble a pencil across paper.

"I think I was born with a pencil in my hand!" she admitted. "But, I guess I knew I was ‘different’ when all my friends wanted to go out on Friday night and I preferred to stay in and write. I finished my first full-length novel in the sixth grade (it’s morphed somewhat over the years, but will be published this fall by White Rose Publishing under the title Wisdom Tree) and I have never looked back. I am so thankful to the wonderful teachers I had through middle and high school who encouraged my writing. In fact, Wisdom Tree is dedicated to them."

As a profession, however, Mary always wanted to be a teacher of special-needs children, and that's what she became. She has taught for twenty-six years and told me that the kids are a constant source of entertainment and writing ideas. She's currently teaching middle school math and English.

As much as she loves the kids she works with, the hardest part of writing for her is that she can't do it full-time.

"Right now I still have to teach, but I’m hopeful my days there are numbered. It’s not that I don’t love the kids I work with—I absolutely do. But it’s like choosing between apple pie and chocolate silk…I crave chocolate!" she told me.

I asked her what her writing schedule was like.

"Wow…my usual schedule, when I’m teaching, is to get up at 3:30 and head off to school (the cafeteria workers get there by 4:00). I write until my students arrive…about 3 ½ hours. Then, after school, I write until my husband gets home from work. It’s not unusual for me to get 2-3,000 words in on a usual day. But in the summer, or during vacation, it’s full-on writing at ten to twelve hour stretches. The secret here is coffee…lots of coffee. Vanilla bean is my favorite flavor!"

Mary told me that she occasionally suffers from writer's block, but hopefully in the summer—because she loves to mow.

"When I push mow my three acres, it knocks the writer’s block right out of the park. All my neighbors know when they see me mowing furiously, that I’m actually writing in my head…working out a scene," she explained. "They—and my husband—have learned to ignore my lunacy. My husband actually bought a riding mower at one point. It lasted all of two months before we sold it. I told him he was ruining my writing career!"

A pantser by nature, Mary will get an idea—sometimes only a feeling—and will just run with it.

"I actually dreamed the entire Sweet Treats Bakery Series, and when I woke up I had to hurry and write everything down. It was the coolest thing. My husband has given up on trying to figure out how my brain works," she told me.

She told me she's learning to overcome her pantser tendencies, however.

"I’ve had two series released, so I’ve had to learn to plot things out a bit more," she explained. "Luckily, my editor trusts me enough to accept a fairly brief outline for the projects I come up with. I’ve never failed to deliver!"

So far, Mary has seventeen books under contract, with twelve released and five more coming. Her favorite is usually the one she's editing.

"A few months away from the characters make me realize how much I’ve missed them—and how much I’ve grown to love them," she said. "Tender Mercies is a favorite because it’s about a football player, Cooper Jackson. My husband loves football and you could say I’m…um…less than thrilled with it. But one day when I was sitting on the couch, my eyes blurring over from watching the hundred-millionth play that looked the same as all the others that came before it, I wondered what it would be like to write a book about a former University of Tennessee quarterback who goes on to win an NFL Super Bowl for the Jacksonville Jaguars (yeah…it’s a fantasy). He’s kind of a jerk at the beginning and breaks high-school sweetheart Lexi Taylor’s heart, but he’s redeemed and ends up a pretty nice guy. It’s very cool."

"What comes first," I asked, "the plot or characters?"

"Oh, definitely the characters! I think of someone, usually the heroine, and she has a little quirk. And then there’s a guy who finds the quirk endearing. And, of course, he’s got a secret (and a quirk) that’s all his own. Stir in a bit of vulnerability and a problem that needs to be tackled together, and you’ve got the makings of a romance."

Her favorite author is Nora Roberts, because Nora's so in tune with her characters that it's as if she and they are one and the same.

"I love her voice, and the way she brings out the true personality of each character she writes. Though she’s created hundreds, probably thousands, they are each and every one completely unique," Mary said.

Finally, I asked, "If you had to do your journey to getting published all over again, what would you do differently?"

"Absolutely nothing. God knew what was best for me, and I truly believe He had a hand in my whole journey to publication. His timing has been perfect, and I could not have asked for a better editor (Nicola Martinez) or publishing company (Pelican Book Group) to work with. They are absolutely, positively amazing and wonderful!" 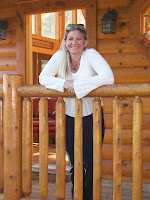 Mary Manners is an award-winning romance writer who lives in the beautiful foothills of East Tennessee with her husband, Tim, their daughter, Danni, and the cherished cats they've rescued from local animal shelters...Lucky and Gus. Both of Mary’s sons, Tyler and Brad, serve our country in the United States Air Force.

Mary’s debut novel, Mended Heart, was nominated ‘Best Inspirational Romance 2010’, and a finalist for the Bookseller’s Best Award and her follow-up, Tender Mercies, was awarded an outstanding 4 ½ star rating from The Romantic Times Book Reviews and was also a finalist for the Readers Choice Award. Buried Treasures is a CAPA Award nominee. Mary writes romances of all lengths, from short stories to novels—something for everyone. To date, Mary has thirteen books in print, with a half-dozen more under contract with White Rose Publishing.

You can meet up with Mary at the Romantic Times Booklover’s Convention April 11-15 in Chicago, where she will be presenting the workshop, Beyond the Bodice…Lacing Together Faith and Romance.

You can find the author online at:

Carson Merrill loves only one thing more than Lone Creek Ranch—high school sweetheart Jessica Tate. He has plans to marry her until one fateful night a devastating accident nearly kills her brother, James, and claims the use of his legs. Jessica flees to Nashville, blaming Carson for her brother’s paralysis and avoids him—and James—for more than a year. Jessica returns to Lone Creek as one of the top producing land developers in the area, and she has one goal—to banish Carson forever from her memory while taking what he still loves—Lone Creek Ranch. But God has other plans—to draw the two together in a development project that will satisfy both their desires and help them reclaim the love they once shared.

Love the interview, Mary. Your books rock...I can't wait to catch up on reading the latest ones.

Way to go, Mary! Loved the interview, and I love your wonderful stories. Keep up the great work! God bless you!