Long and Short Reviews is pleased to welcome Joya Fields, whose debut novel Beneath the Surface released last month. I asked her to tell us a little bit about it.

Beneath the Surface features Brooke Richards, an underwater archaeologist who is also a below-the-knee amputee. After a broken engagement, a trip to Florida to visit her friend Linda seems ideal. But the trip turns traumatic when Brooke witnesses Linda’s boat disintegrating in a fiery explosion. She can’t leave when her friends are in trouble. Police Officer Garrett Ciavello believes the blast was intentionally set to hide something. When Brooke offers her expertise in underwater archaeology, Garrett accepts her help with the investigation. But he’s overprotective, and as they are drawn to each other, Garrett realizes he will risk anything to keep Brooke safe. Brooke treasures her independence, yet Garrett is fiercely protective. They’re forced to confront their greatest fears as they join forces to hunt for a killer.


While Joya was growing up, her parents were strict about TV time, so to entertain themselves her two sisters and she either had to read or play with toys.

"Playing with Barbie dolls is like storytelling in a way, isn’t it? To this day, I thank my parents for building my creative side by forcing me to entertain myself instead of relying on television. Not that I have anything against television—there are lots of great shows out there—but reading and creative activities are great ways to learn and relax, too. I DO love lots of TV shows. Just try to pull the remote out of my hand when Dexter, True Blood, or Saturday Night Live is airing," she said with a smile.

Her favorite author is Janet Evanovich because of her compelling characters and fast-paced, fun plots.

"If I could make a reader laugh out loud like Janet makes me chuckle, I’d be so thrilled," Joya said. "For me, reading is all about escaping the world you’re in to vicariously live through someone else. It’s so fun to be Stephanie Plum, if only for a few hours."

She has also recently discovered a new-to-her author, Tess Gerritsen, through the recommendation of a friend.

"I read Harvest in a day, and now I’m going to devour the rest of her books," Joya told me. "I love the twists and turns her book takes, and the way she builds suspense so much that you want to shout no, don’t go in there! because you know something bad is going to happen."

Characters always come first for Joya. In Beneath the Surface, she knew that Brooke was on a vacation to visit her friend, but an explosion would keep Brooke from returning home, forcing her to team up with an overprotective policeman. However, that was the extent of Joya's knowledge. As she got to know Brooke and Garrett, she realized that Brooke's need for independence classed with Garrett's need to protect, and the story evolved from there.

Her characters notice each others' eyes first and foremost when they meet, and it's the same when she creates them. Their eyes—the color, and often flecks of another color—are one of their first traits, because Joya believes that, in real life, you can tell a lot about a person by their eyes. Another important aspect of their look is their hair. Personally, Joya loves dark-haired men—needless to say, her husband has thick dark hair. However, her heroines don't always agree.

"They like all sorts of different hair colors. Eyes and hair," she said. "Those are the first traits I need to know about both characters before I can genuinely picture them and get to know them."

"Ack! You’ve found my weak spot! I think titles are so hard. I’ve written over 100 short stories, and the editors have changed most of the titles from their original ones. For some reason, though, Beneath the Surface came to me as a title in the very beginning of the writing process. I love double entendres for titles. Brooke and Garret are beneath the surface of the water a lot during the story because they are scuba divers, and of course they have issues (like all of us) that are brought to the surface as they face challenges in their lives."

Joya told me that she's lucky to have her own office known fondly in her family as "the cave" because it's deep in the basement, away from noise and interruptions.

"I abhor looking at clutter, and I can’t work amidst mess, so my desk and office are very sparse and neat," she explained, then added with a smile, "However, don’t be too impressed with this neatness. If you open any closet in my house, I suggest you wear a hard hat. Because although I hate to look at clutter, I don’t mind if it’s behind a closed door. I stuff closets full of stuff, shut the doors, and forget about it."

"If you were to write a series of novels, what would it be about?" I asked.

"Well, funny you should ask. My current project is a ghost story series about a downtown Baltimore haunted apartment building. It’s really fun building a story, and knowing that even though it ends, a portion of it will be reborn again in the next installment. I love reading series; my latest favorite is The Hunger Games; and I’ve recently learned that I love writing series, too. This is my first try at paranormal and it’s fun because there’s so many cool things I can make up and I can run with an idea just because it’s unusual. Maybe that’s the fun part—going outside the box, far outside the box."

"If you were stranded on a desert island and were only allowed to have five modern conveniences with you, what would they be? "

"What a fun question! If I were stranded on a desert island and only allowed to have five modern conveniences, I’d want:

1. My cell phone to keep in touch with my family. Wait…do deserted islands have cell towers? Uh oh. Maybe I need to wish for a cell tower on the deserted island, too. I feel like I’m using up my wishes with a Genie.

2. A computer with unlimited battery. (Whew, I didn’t have to use two wishes for computer and electricity.) Then I could write as much as possible.

3. Isn’t it funny that I listed writing stuff before 'survival' stuff? How about a van? That would make a great office and keep me from getting sunburned/eaten by deserted island creatures.

4. Coffee maker with unlimited coffee. I don’t think I need to explain this one any further. Enough said." She smiled. "I can use jungle leaves as a mug since I don’t want to use up one of my wishes on a cup. Hopefully, there’s a nice stream nearby where I can get fresh water, too. 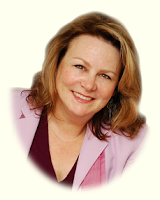 About the Author: Joya Fields has had over 100 stories and articles published in local and national magazines and her debut novel, BENEATH THE SURFACE, a romantic suspense, released in January, 2012. LOVE DELIVERED, a romantic comedy is now available.

Over the years, Joya has taught arts and crafts, worked in public relations, owned a daycare center, helped her children raise prize-winning 4-H livestock, competed in three marathons, and even spent a year as a Baltimore Colts cheerleader. Joya loves spending time with her high school sweetheart/husband of over twenty years, two very supportive children, and a pug who follows her everywhere.

Twitter: @joyafields
Posted by Long and Short Reviews at 4:00 AM

Happy writing in your cave! ;)

I loved your interview! It's great to learn more about you :)

I too LOVE Dexter and would fight anyone who tried to steal the remote from me. I have series-linked the shows so I don't inadvertantly miss any. I have also just started reading Tess Gerritson through the recommendation of friends. I can't believe I've been missing out all these years! I'd love to be able to write thrillers as well. One day... :)

I'm very jealous of your cave!