Long and Short Reviews is pleased to welcome Jane Beckenham, a "down under" author coming to us from New Zealand. Her latest book Secrets and Seductions is available in digital form from Samhain Publishing. It is also scheduled to be released in print this year as well.

"It’s an emotional journey of grief and desperation and secrets," Jane said.

Jane told me that she started writing about twelve years ago, after meeting writers online in an interior design forum—not writing related at all.

"I'm mad keen on it and we were chatting away and the subject of books came up and the rest… well that’s history," she said with a laugh. "But I have always read, loved reading romance and I suppose like all would be writers I thought 'I can do that'. Ha ha ha, little did I know!"

I asked Jane if she ever suffered from writer's block.

"Oh, yes, at times, and at times I think what I’m writing is a whole load of crap," she admitted. "Anyway, one thing that works for me is to shut my eyes and type whatever comes into my head, don’t worry about spelling, typos, zilch, just write free form. Always works and I always come up with an intriguing line I want to follow."

Jane told me she couldn't pick just one favorite, because she likes to read in different genres, so she picked three:

~For historical fiction, she likes Sophia James, who writes for M&B Historicals—"mainly because she has a beautiful writing style, and I love her heroes," Jane said. "They are so flawed (aren't all men?)"

~Jane discovered Tess Gerritsen after Tess visited the RWNZ conference. "It's a totally new genre for me, but such an easy writing style that I really enjoyed it."

~Sandra Hill for her humor, hunky men, and strong-willed women.

For Jane, her characters and an opening scene usually come first—then names. Once she has those elements lined up, she has to figure out where to go from there. She described herself as "a bit of a pantser with a plotter’s twist (usually my arm behind my back to make me pre-plot more!)" She does like to come up with little scenes, and then work them into the story. Her characters also have the tendency to surprise her along the way and teach her much she didn't already know.

"Are you working on anything at the present you’d like to share with us?" I asked her.

"I’ve just done a major rework of a contemporary (waiting to hear if the publisher likes it!!!!), plus I did Nano last year, so I’ve got to edit that little gem. I’m intending to write two historical novellas this year, along with Abbey MacInnis, in a four book anthology. Got a partial and full out, and like all writers – I’m waiting to hear."

When it comes to titles, Jane told me that "they really honestly just pop into my head, usually before I've even started the book, or in the first few chapters. Seems to work."

I asked her to describe her writing space.

"Oh, please don’t look. We moved house nearly 9 months ago and my office is a WIP at the moment. I’ve just bought new book cases and a desk – love that tax deductable thing, and I’m currently creating an ‘art’ wall – all types of hearts I’ve collected over a few years. Cane, mosaic, willow, wire and embroidered. My office is a bit dark, need some more lighting, but the other day I was writing and looked out the window at a monarch butterfly going past. Doesn’t get any better than that. "

The hardest part of writing her book was the interruptions.

"I am incredibly determined and dedicated," she said, her face blushing, "but over the last year my health has deteriorated and I’m now waiting to go into hospital for surgery. But I still plonk my butt on the chair every day and write. Each book is hard in its own way, a character, a scene, something not working. Then, there are the writer’s insecurities. They play havoc with confidence!"

Jane writes full time now so usually she works between 9 AM and 1 PM, then an hour or so at night.

"I would say I’ve slacked off a tad over the last year," she told me. "I used to write well into the night before, but age is catching up with me."

She loves interior design, so when she's not writing she can often be found reading a decorating magazine. She also admitted, "I'm addicted to DIY decorating blogs. They are such a time waster."

On a personal note, Jane has a Jack Russell/Springer spaniel named Bingo. "He's my baby," she told me.

"Do you hate how you look in pictures?" I asked.

"Oh, God yes. I am sure it’s trick photography – that I’m at least 5 inches taller and about 30lbs slimmer," she said. "I’m sure I am... at least I wish I was. The other day I had a photo taken for a Valentine’s Day article in our national newspaper. I asked if the photographer could use Photoshop – she wasn’t allowed to – so not fair!"

A saying she uses a lot is "let's roll."

"And...two years ago we were in the USA for a family holiday," she told me. "My cousin who lives in Sacramento had this fun button thingy you pushed – it’s said ‘That was easy’ from the Staples Centre in LA so it became a family saying while we were driving on the wrong side of the road – we drive on the left – you drive on the right! Scary experience, believe me." 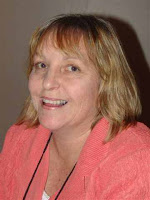 In books, author Jane Beckenham discovered dreams and hope, stories that inspired in her a love of romance and happy ever after. Years later, after a blind date, Jane found her own true love and married him eleven months later.

Life has been a series of ‘dreams’ for Jane. Dreaming of learning to walk again after spending years in hospital. Dreaming of raising a family and subsequently flying to Russia to bring home her two adopted daughters. And of course, dreaming of writing.

Writing has become Jane’s addiction - and it sure beats housework.

You can contact Jane via her web site www.JaneBeckenham.com or email her at neiljane@ihug.co.nz

He wants to hate her, but a little lust wouldn’t hurt…


The only emotion Leah Grainger can muster when thinking of her dead husband is relief. Until she learns his gambling debt threatens her beloved farm and the child she wanted to protect from the rootless existence she grew up with.


The last straw? Her husband’s brother demands a meeting. When she charges into his office to tell him she won’t let another Grainger screw up her life, the startlingly handsome, former oil rig wildcatter goes for the jugular. He’s claimed legal guardianship of her daughter, bought her mortgage…and he’s moving in.


The final email Mac received from his suicidal brother blamed Leah for everything. If it’s the last thing he does, he plans to protect his niece. Even if it means using his millions to gain the upper hand. And hardening his heart against the beautiful Leah’s protests of innocence.


Yet something seems off. Leah is nothing like the uncaring woman his brother described. She’s warm, loving…and when a new threat to her child surfaces and she reaches out to him in need, his body won’t let him say no. Even when her last secret forces him to make a decision that exposes his most closely guarded possession. His heart.