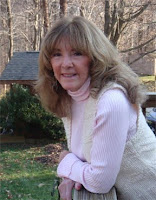 Long and Short Reviews welcomes Charmaine Gordon, whose latest release is Haven, a novella just out in eformat. Haven is the sequel to Reconstructing Haven. I asked her to tell us a little bit about Haven.

Jimmy Costigan gets more than he expected when his sister Charlie asks him to make a delivery to her new project, Haven. Her best friend Shelley Jackson is now a psychiatric social worker about to handle the first case to arrive at this respite. A mother and three children held hostage by a strange assailant have just come in and Shelley is alone, in need of another pair of hands.


One look at the amazing woman he's admired from a distance and Jimmy is a goner. He has no hope of a relationship with the brilliant Shelley but stays to help out. Just for a night. Until the children reveal that the bad man disappeared and is on the loose. The family is in danger. The police are called but Jimmy, a sucker for anyone in peril, is compelled to stay and protect those he cares for.

When she completed Haven, she knew another sequel was needed.


"And so it continues," she said, "keeping me out of mischief."


I asked Charmaine how she developed her plots and characters.


"Some people sleep walk. I sleep write," she explained. "A story comes in the night with a beginning and end. In the morning, I write."


Charmaine got the idea for her first book, Once Again, Now, while she was standing backstage between Acts 1 and 2 of an off Broadway play The Fourth Commandment, where she played the lead character, Grace. The idea didn’t leave and, once the run of The Fourth Commandment ended, she began to write the story. Once a contract was offered and signed for the book and a month later, she had a book with her name on the cover, she felt like an author.


"What a glorious feeling!" she assured me.


She's written six books, five of them published with Vanilla Heart Publishing. Her favorite is Now What?.


"It's a story close to my heart with all the ingredients," she said. "Love, loss, new beginning, friendships, family and yes, after sadness comes a happy ending."


Charmaine loves hearing from her readers and shared one of her favorite fan letters with us.


Charmaine Gordon's books are a "must read" for those who have experienced a loss in their lives, whether through death, abandonment or divorce. The reader will so identify with the women in her books, who struggle through their shock and trauma to find the courage and an inner strength they never knew they had, to face the future and to create a meaningful life, as the much stronger person they had never known they were. Her books are written with so much color, so much spiritual and emotional intensity, that you'll never look at life in the same way again. I am eagerly awaiting the publication of her next book.
Kate S.

Charmaine shared with me that she had a sweet life.


"As a small child, I was a triple threat, singing and dancing my way into everyone’s heart. An actress I had to be. Instead I married my high school sweetie, lived the Air Force life for a while, had a batch of kids and much later became a professional actor in NYC."


Charmaine does her writing in a small room with a wrap around computer desk.


"It's cluttered, of course, but it's my space," she explained. "The rest of the room once contained a crib for my granddaughter now 3 and a half. Filled with stuffed animals, books, toy chest and mini computers. That’s my double life: Granny/author."


On a more personal note, I asked Charmaine if she wanted a dog.


"If someone named Pierre agreed to walk said pooch and maybe a massage, yes another dog would be welcome. Past dogs and cats have all been hand-me-ups from my daughter."


Charmaine told me that every day when she gets up and looks in the mirror, thankful to have woken up, she says to herself, "It's show time, old girl. Time to do the day." Then she does her make-up, including lashes, and—camera ready—she begins.
"Does anyone recall when movies were called picture shows?" she asked. "Pictures--the joy of being caught with spinach between the teeth or on a bad hair day. My past experience in movies taught me to enjoy the huge reflection of my thin face and pointed chin on the big screen."


"What is a favorite saying you have?" I asked her.


"Not to worry is a definite favorite. To me it means, get over yourself and move on. Take one step and then another. Make your life work."


Finally, Charmaine tells me that she eats an apple a day; however, she eats it very carefully. I asked her why.


"As a kid, my brother and I coveted the last red apple. He cut it in half. I bit in and chewed and looked at my half. A piece of a worm dangled down. Brother laughed. I threw up."
Charmaine shared with us that a good link to her books is http://www.vanillaheartbooksandauthors.com/Writings.html. If you scroll down the list of authors and click on Charmaine's name, you can read chapters from her books. She would also like to offer to one lucky commenter a digital copy of Now What?, a contemporary romance suspense wit a touch of paranormal. Just leave a comment.

I will admit to being a Charmaine Gordon fan - Her books To Be Continued, Stating Over and Now What are all phenomenal "survive & thrive" themes. Reconstructing Charlie is totally captivating - Haven is on my tbr list and I look forward to the continued story started with Charlie Costigan.
~Chelle
http://ChelleCordero.com

Hey Chelle, busiest lady I know taking time out to stop by. LASR asks some nifty questions. I'm pleased to be here today.

Hi Charmaine!
I didn't realize you had another book coming out! One more to add to my TBR list!

Congratulations on all your success. You know I'm a fan!!!

I always thought that half-a-worm-in-the-apple thing was a gag. But, I have always taken precautions, cutting apples in half before taking a bite.

I always just figured the half worm in the apple meant I was getting some protein with my fruit! The glass is always half full kind of thing!

Wendy, the next book is A Sin of Omission. The writing has been slow going this time with 'life-us interruptus'. Brains working, body's not co-operating. But we go on. First RECONSTRUCTING CHARLIE,then HAVEN, and the third should wrap it up.

Malcolm, remember what happened when Adam bit into Eve's offered apple? But that's a whole 'nother can of worms.
Thanks for stopping by, my friend.

Great attitude, Smoky. Protein, indeed. Not funny to a teenie bopper with an older brother laughing his head off.

Two author friends sent emails saying they couldn't get past captcha. I copied one's comment to post. This is from Heather Thurmeier.
Awesome interview Charmaine! Every time I talk to you (or read about you, as the case may be) I'm more and more amazed at the life you've lived. Seems I always learn something new and interesting about you. And every time I get a snippet of you writing, I'm more in awe of your talent. Looks like I have another book for the TBR pile!

Hooray for the sequel! Big congrats Charmaine, and as always, a wonderful interview!

Jennifer, thanks for stopping by. And congratulations to you. . .another day, another book released.

Thank you, Judy and Marianne, for inviting me to be interviewed on LASR.