When I asked Rochelle what got her interested in writing, she told me, "I don't know that I ever actually became 'interested' in writing. When I was about seven, I had chicken pox and I read all of my Little Golden Books, got tired of coloring and wrote a story. I was adopted, but when I would try to read to my granddaughter, she would take the book, look at the pictures and make up stories to match, so I think it’s in our blood. In high school, I wrote Cherry Ames into The Rat Patrol.”


"I found myself divorced in a town where the only other person I really knew was the woman my husband left me for. When he dumped her before I even knew they were together, she convinced me he was going to disappear with my kids and that I had to do so first. Like Scott in Rock Crazy, he was a rent-a-tech who worked outages at various nuclear power plants. He could pick up the phone and have a job across country in five minutes, so I believed her. After we got the kidnapping and custody thing worked out, I went back to school and majored in writing. And the book I started was partly autobiographical, working out my angst about the divorce. That book evolved into Rock Crazy some twenty years after college.


"Then, I decided to write a bit of back-story about some of the secondary characters and they took over and became Rock Bound. Come to think of it, I had a plot there, too. Katie looked down her nose at the prisoners who settled Rockton, the city on the Moon in which she finds herself abandoned by her husband, Scott. In their case, she’s bi-polar and he divorces her to convince her to have brain surgery. At any rate, the plot for Rock Bound was how these prisoners got arrested and settled the Moon. Since it pre-dated Rock Crazy, I published it first.


"In my WIP, Crystal Lady, the plot again came first. I thought about writing a third Moon Rock book, but the characters aren’t speaking to me, and I don’t have a good plot idea."


She's also struggling with a good conflict for Crystal Lady, but someone suggested she write about her eating disorder and weight loss. She might make the happenings in Crystal Lady the character's reward for losing over 100 pounds. Rochelle herself is about 2/3 or maybe even ¾ of the way to her goal. She started at 296 pounds and her goal is to get to 130/140.


"How do you come up with the titles to your books?" I wondered.


"I think the title sort of comes with that first glimmer of the plot. When I lived in Hawaii, I lost both of my parents and gave birth to both of my children. Everything was ridiculously expensive and the Hawaiians have no love for the military. Hawaii is paradise if you’re a tourist with plenty of money, not if you’re a young, pregnant, military wife who knows your father is dying back in Chicago with a nine-hour flight and a five-hour time change between you and home. I referred to it as 'this God-forsaken rock.' The Moon became 'that God-forsaken rock' and Rock Crazy came from there. Katie is going crazy on it. Annie and Jake were bound for the Moon in the first half of Rock Bound, and then bound to it as indentured slaves in the second half."


Rochelle thinks of Rock Bound and Rock Crazy as parts of the same story, even though they can each stay alone.


"I think I’ve lived with Annie and Jake (Rock Bound) longer than I lived with Katie and Scott, since Rock Bound went through Inara Press and Red Rose, and I finally self-published last Spring," she told me.


Rochelle confesses to being a TV junkie and said she needed to get better at turning the laptop on and doing evening chats with the TV on.


"I reach a saturation point with the computer and turn on the tube. I also get tired when the chat loops end up talking about sex. There’s some sex in my books, but they’re more about feelings," she explained. "In Rock Bound, Annie’s a sex slave and the scene where she’s with a client is more about her feelings than the mechanics of what’s going on. But, I also love playing Buzztime Trivia and Tuesday nights are trivia nights. I sing karaoke, as well—even when I’m sober. Like Katie, I’m bi-polar so I don’t drink. Besides not mixing well with my meds, alcohol metabolizes as sugar so it’s not part of my food plan."


I asked her to tell us a little bit about her latest book.

Katie McGowan is bi-polar, and she’s run the gamut of medications, but nothing works anymore. Everyone says her she should have a microchip implanted in her brain that can regulate her mood swings. But Katie doesn’t want to be a robot. In a tough love move, her husband, Scott takes her to the Moon—and dumps her. Katie’s stuck on that God-forsaken “rock,” and thinks she’s space sick. But she’s wrong; she’s pregnant. Now the surgery’s too dangerous and she has to go off her meds until the baby’s born.


Scott’s elated that he’s going to be a father and assumes Katie will take him back. He has no clue how badly he’s hurt her, how thoroughly he’s broken her trust—or that he may not get her back at all.

"If you went to the Moon, what would you take with you?"


"My Kindle and my laptop. Yesterday was a disaster. My granddaughter asked me to take her and her friends to Great America. We left the house around 1:30 or so, but by the time we went to her friend’s house and got passes for some of the kids (not all), and I took a road that veered south and added a good twenty minutes to the ride, it was about 3:15 when I dropped the kids off. I didn’t realize Great America closed at 6:00. I left my laptop at home. If I’d had it with me, I’d have answered these questions at the mall while I was waiting for the kids. If I’d had my Kindle, I’d have spent about $3.00 at a food court and read while I waited for the kids. I forgot both. I ended up going to a movie and spending way more than I planned. And I’m getting these questions out a day later than I planned as well. I am never leaving home without at least Kindle and probably my laptop again."


"You can erase any horrible experience from your past," I told her. "What will it be?"


"I realize that which doesn’t kill us makes us stronger, and the alternative timeline might have gotten me mixed up in the Enron hassle, but in 1997 I was temping at Arthur Andersen Accounting and they asked if I would like to go permanent. I gave them my resume and was quite happy about it.


"Then my world fell apart with a phone call to my daughter. My eighteen-month-old grandson, Alex, was in the hospital. He had e-coli. I wanted to rush down to Mattoon, Illinois, to be there with them but she said not to come. It was December 17, so I went Christmas shopping. The next morning I called the hospital to see how he was and they said he wasn’t a patient there. I thought he’d gone home so I called my daughter’s apartment and her roommate said his kidneys had failed and they’d transferred him to the Children’s Hospital in St. Louis. I ran out of Arthur Andersen crying, and lost my job there. Although my co-workers did leave a Christmas card with a generous gift with my temp agency.


"E-coli destroys blood cells. They couldn’t put Alex on hemo-dialysis so they had to resort to a less-effective method called peritoneal dialysis. The peritoneum is the membrane that encloses the abdominal cavity. It is the most permeable membrane in the body. They fill the abdominal cavity with fluid that draws toxins out of the peritoneum and leave it in for about an hour, and then drain it. As I said, it’s not as efficient as hemo-dialysis. Toxins still built up in his blood.


"Before it was over, Alex spent a day in a vegetative state. His eyes were open, but he clearly was not there. That night (December 22), he had a grand-mall seizure and cardiac/respiratory arrest. They revived him and put him into a medically-induced coma. Over the next two days they replaced all of the plasma in his blood twice. On Christmas Eve they took him off the ventilator and he breathed on his home and on Christmas Day he gave us a teaspoon of urine. That turned out to be his only output for four months. I think it’s because I sat by his bed singing 'I’m Dreaming of a Wet Diaper,' and 'All I Want for Christmas is a Wet Diaper.'


"It is extremely rare for babies that age to survive hemolytic-uremic syndrome brought on by exposure to e-coli. They figured someone at Alex’s daycare didn’t wash their hands after they changed a dirty diaper, but they couldn’t prove it. Alex is fifteen now and still on medication and a restricted diet. He may still need a kidney transplant. If I could erase anything from my life, I would spare my grandson and our family that trauma."


Finally, I asked Rochelle, "What advice would you give a new writer just starting out?"


"Don’t quit. Keep writing; keep honing your craft. Take courses and listen to your beta readers and your editors. PLEASE listen to your editors. No one’s baby is too precious to benefit from the advice of more experienced, wiser heads. If you really think your editor is off, get a second opinion. I recently reviewed a book in which every use of the plu-perfect tense had been removed. The author said her editor made her remove the word 'had' everywhere it occurred. I think that editor was a bit confused about the difference between legitimately using plu-perfect tense and passive voice. Meanwhile, she missed major continuity issues such as the sun setting about an hour after breakfast." 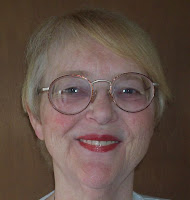 About the Author:Rochelle Weber is a Navy veteran and holds a BA in Communications from Columbia College in Chicago with an emphasis on creative writing. Her first novel, Rock Bound, is available at Create Space, Smashwords, Amazon and BN.com and the second book in the series Rock Crazy is available from MuseItUp Publishing. She edits the Marketing for Romance Writers Newsletter. Rochelle fights her own battle with bi-polar disorder, quipping, “You haven’t lived until you’ve been the only woman on the locked ward at the VA.” Her song, It’s Not My Fault, won a gold medal in the National Veterans Creative Arts Competition.


www.RochelleWeber.com
Posted by Long and Short Reviews at 4:00 AM

Wow, Rochelle, I'm so happy your grandson is okay. What a life you've had. No wonder you're such a good writer. Thanks for the book, by the way.

Rochelle,
It was wonderful to get to know you better! Sharing your trials certainly is inspiring, and your poor grandson! I'm glad to hear he survived, however, must have been very rough. It is true, what doesn't kill you makes you stronger:)

Thanks for the comments. That was a difficult Christmas, but we all made it. Alex's kidneys are functioning around 37% now and we have our fingers crossed he makes it through puberty without needing a transplant. If he gets through that, he'll be okay.