Long and Short Reviews is pleased to have Lorelei Confer, author of Deadly Deliverance, which was released January 3. Deadly Deliverance is the third book in the Deadly series about human trafficking, told from the investigator's perspective and set primarily in Washington DC.


After infiltrating the gang responsible for the multiple abductions, Sam and Lisa try to unravel the stories behind the kidnapping of Autumn and the disappearance of Luke before their cover is blown.


Undercover work doesn’t lend well to trust. Even if they work together like a fine tuned instrument, will Lisa and Sam be able to salvage their love for each other after all they’ve been through?

Even though Lorelei has been writing since the fourth grade (she wrote a play, "Going to the Doctor," that her teacher liked so much she produced it and invited parents to come to the school to see), she didn't start writing seriously until four or five years ago.


"When I read an article in my local paper about a sting operation at a brothel in a nearby community I wanted to write about it," she told me. "I did a lot of research and wrote my first book, Deadly Deception. But I still had so much fodder left I kept writing my second book Deadly Revenge, which is set in the North Carolina mountains. North Carolina is the eighth likely state for human trafficking due to their interstate going north and south and east and west. Who knew?"


Human trafficking is a prolific "business" that keeps growing every day, Lorelei shared. Her books in the Deadly series points out the signs of others who may have been abducted and who are unable to get out of their current situation.


"I met with a detective on the local Human Trafficking Task Force for Human Trafficking who advised me about the seriousness and integrity of my fiction stories as well as actual past cases he’d worked on," she explained. "It’s a very heinous crime and needs to be controlled. Since then I attend all quarterly meetings of the task force for updates and fodder for future books."


"What was the hardest part of writing the Deadly series?" I asked.


"The hours of research. Not necessarily hard, but there was so much I had to learn about human trafficking, the crime, the pain, etc. that it became the hardest part."


Occasionally, Lorelei will get stuck, but normally when she's working on a book she's already thinking about the next book—a spin-off, of sorts. If she still gets blocked once she starts a new book, she'll step away and work on something else entirely, like a short story for Christmas.


Lorelei starts with a thought, then the character emerges and is given a name. The character is sometimes given many names until Lorelei really likes who her characters have become by the end of the book.


"I’m a ‘writing by the seat of my pants’ kind of gal," she admitted. "Many times my characters take control of where the plot is going."


She's currently working on a book, Lost and Found, about two young boys who raised themselves after their father left for Desert Storm and their mother passed away. The father never got over the death of his wife and never came back for them. So they track him down and work for him as handymen around his house during the summer, without him acknowledging who they are. They grow up and the oldest becomes a lawyer who takes on the case of a female colleague in search of her missing sister who has been abducted; however, someone from inside the police department doesn't want the sister found. As they dig deeper, they find out why.


I asked Lorelei how she came up with her titles.


"Sometimes I can put a title to it from the beginning and it changes throughout the writing process. Other times the titles don’t work for me until the very end. In the Deadly series, the last one was named ‘Aah’ until I finished it and titled it Deadly Deliverance. My current WIP was titled ‘Two Lost Boys’ until I got into it more and now its titled Lost and Found. We’ll have to see if that title sticks."


Lorelei writes in a bedroom they converted into an office with a wooden cherry desk, credenza and numerous bookshelves. She's always been into scrapbooking and genealogy, so their family history surrounds her on the bookshelves. There's also a large window that opens to the back yard and she can daydream while watching the birds and squirrels and their funny escapades.


When she's in her office, people know not to bother her, because she's working just as if she had a real job. She writes every day except on the weekends when she does household chores, laundry, and spends time with her husband. She also enjoys reading and scrapbooking in her down time.


"I have a grandchild now, four years old, and I want to capture his life in pictures just as I did my two boys," she explained.


On a more personal note, Lorelei had never wanted a dog until her son and his wife gave her one for Christmas five years ago.


"His name is AJ (Apple Jack of Aces) and he is a long-haired Chihuahua," she told me. "He weighs five pounds and can be found at my feet, on my desk or chair with me at all times. He has brought so much joy to me. I can talk to him and he doesn’t talk back. Man, has he heard some stories."


Other than AJ, she has a love for horses. Her sister lives on a horse ranch in Tennessee, and Lorelei tries to get there to ride every year. She loves the smell of horse and fine leather.


"I have often thought about writing a modern day ranch/western and still may do it," she told me. 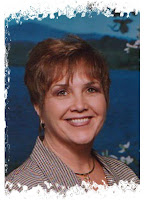 About the Author: Good morning! This is my first time being interviewed so I’d better introduce myself. I’m Lorelei Confer and I write romantic suspense.

An author of romantic suspense I love reading almost as much as writing. I have filled my book shelves with my favorites, i.e. Harlan Colban, Eliza March, Johanna Lindsey, Kathy Carmichael, Kathleen Woodiwiss, Andrew Gross, Terri Garey, Karen Rose, LuAnn Rice, and Bobbi Smith just to mention a few, as well as all the classics.

I live on a peninsula in the mid west coast of Florida with my husband, two cats, and AJ, my long haired Chihuahua.

I enjoyed the interview very much. It's fun reading about an author's every day life as well as their book.

Found you on Author E.M.S.