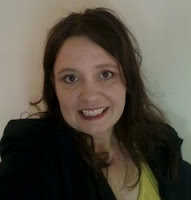 Long and Short Reviews is pleased to welcome Lauri Owen who is currently working on book three of the Ember Series, which starts at the very moment book two ends.


"Will this third book end the series?" I asked.


Lauri's been researching and writing nonfiction since high school, telling me, "I was forced to produce more nonfiction prose than in humane throughout college."


She also writes a lot as a lawyer, but never tried her hand at writing fiction until a few years ago.


"The first night I sat down to write, I tapped out a little more than 9,000 words. I wish my next sentence was, 'And I was shocked at how great I was at fiction writing!' However, the truth is that I sucked. Bad," she said with a laugh. "I loved my story, though, and I kept at it, and after about 300,000 edits, I got it where I liked it. I’ve never looked back."


"Mr. Pratchett writes the Discworld series, and his books are some of the best written books ever put to paper. Their humor will lull you, the innate sweetness will comfort you, but their intellectual depth will shock you, but not in a bad way. His characters are so well turned that you feel like you know them. I’ve never seen a better character creator," she explained. "Ms. Kerr writes the Deverry series, a fantasy kingdom based on ancient Wales, and her writing so ensnares me that I’ve missed train stops (and even once flunked a test because I missed my stop – lost in a scene -- and had to take a train back, and then was late to class), and every single time I reread a passage in any of her books to try and deconstruct how she created such a compelling scene, I get lost in the plot and forget. Every time."


The most important thing about good writing, Lauri told me, is being able to make the characters come alive.


"Don’t write your story from a tower, or from some idea in your head: live your book," she urged. "See every act happening through your own eyes – feel every emotion your characters feel – when you write. It’s easy to write from the head, but it creates a distance your reader cannot breach. If you live your characters’ lives, so will your readers, and just as you can’t forget their pain, and their joy, neither will your readers."


Charlaine Harris' books have heavily influenced Lauri's own style. She loves the one character POV, the way things are hidden, and how challenging it is to lead her main character to find all she needs to learn.


"Some things she never knows, just like real life, and that is both good and bad," Lauri said. "Jim Butcher is another author I struggle to emulate in some ways. His writing is so flawless, and so fun."


Lauri sits on a barstool next to the wall at her kitchen bar and types on a tradition keyboard attached by a USB to her laptop. She hangs maps she creates and pictures of people who look like her characters around her, then she will put on her headphones, listens to a writing soundtrack she specially made, and types for hours…and hours…and hours.


"What is the one question you wish an interviewer would ask you?" I wondered.


“'What are the main messages that you want readers to take from you books?' And the answers, should someone ask, will be these: (1) Heroes aren’t born, and they aren’t always forged in fire. Heroes are ordinary people, people like you and me, who are faced with difficult circumstances, and make the right choices and stick to them, even though it would be easier to do something less difficult, and less right. Heroes are defined by ethics, and courage, and by one more thing that we don’t often think about anymore, despite that it’s no less important now than it was in past millennia. What is it? Honor. (2) Compassion and kindness do not equal weakness. In fact, the opposite is true. It takes a lot of strength to reach out again, to keep loving, after you’ve been hurt. (3) Beauty is a social construct, and not an independent fact. Beauty comes in all shapes and sizes, and we need to start thinking about how we’ve been manipulated to believe in just a very few, and often impossible, ideals for both women and men, and then create space for the beauty existent all around us – in every person."


On a personal note, I asked her if she wanted a dog.


"What I really, really want is for no more dogs, and no more cats, to be euthanized at animal shelters. I am a huge rescue advocate, and donate all the proceeds from my books (plus lots more) to no-kill animal rescue. I am also owned by several rescued kitty companions. Spay and neuter your pets! Don't buy from breeders! Adopt from a shelter and save a life!"


"Have you ever cried during a movie?"


"This is a great question. Most people who know me see me as a tough, no-nonsense person, someone who’s considerably further on the strong side than the sensitive side. The truth, however, is that I am more than a little bit sentimental, and I cry every single time I read books or watch movies that touch me – like Feet of Clay and Mulan. "


Lauri told me that she was both a nerd and geek at time, while at other times she'd openly label herself a thug.


"At yet other times, I’d say I’m an intellectual," she continued. "Like Walt Whitman, I am vast and contain contradictions."


Finally, I asked, "What advice would you give a new writer just starting out?"


"First, writing is hard, heart wrenching work. Have you found your computer, or Xbox games, steal quality time from your family? Writing is worse. Writing – well, writing well – requires an enormous commitment, a lot of work, and sacrifices by you and all who love you, or at least love your time. Know this before you start. And if you do start, read. Read, read, read. Read every book you can get your hands on. I learn something from every single writer. Practice free writing. Write scenes. Dialogue. Listen to conversations around you, and then go write them down. You will probably suck at first. I sure did. But keep at it. Don’t give up. Be prepared to do fifty (or more) edits to your first manuscript. And when you’re ready to write, do some background preparation first. Sketch out your world. The overarching plot. Your characters. Then research. Write an outline, because if you don’t, your writing will meander and end up in places it shouldn’t be. Work on developing a better vocabulary. Stop using adverbs. Stick with it. Have faith that you’ll get better. Never give up."

They have won. With help from Kiera, Fire Mage, the shapeshifting slaves of Fairbanks have broken their chains, and then lifted her to govern their city. But Kiera and her co-rulers struggle to integrate the former slaves and the remaining mages.

A worse threat outside Fairbanks waits to fracture the fragile peace. Governor Vrishka, the Skani Water Mage of Barrow, has marched an army from the North, and sends terms: Surrender Fairbanks and restore the Skani mages to rule, or he will raze the city and kill all the shifters. He gifts them ten turns of the sun to make their decision.

Halfway through the armistice a devastating blow steals all hope for Fairbanks’ victory, and crushes Kiera’s heart. Can she summon the strength to transcend her grief and find a way to defeat Vrishka? If so, what price is she willing to pay? Five days—and a city—await her decision.

Welcome to the Alternate Alaska, where those born with the power to control the elements rule as nobility over those who cannot. For now.
Posted by Long and Short Reviews at 4:00 AM