Long and Short Reviews is pleased to welcome Laura Briggs here to talk with us about her latest releases, Ghosts of Romances Past, an inspirational romance from White Rose Publishing, Dear Miss Darcy, publishedand The Fairy Godmother's Apprentice, the third installment in Laura's The Dark Woods series.

"Ghosts of Romances Past is about a young woman whose imagination seems to be haunting her in the form of three dynamic women from her past– all of whom have opinions on why her love life is imperfect. As an indie author, my latest release is Dear Miss Darcy, a novel about a modern-day descendant of the Bennet-Darcy alliance who works as a love columnist at a London newspaper– and is hiding a secret about her own love life from everyone around her, including the playboy antagonist whose personal life may make or break her career. It's the first full-length romantic novel I've published as well as my first salute to Regency-themed literature."

Laura started loving books around junior high and checked out tons from the library, mostly mysteries like The Spotlight Club and the Brillstone books. A few years later, she started reading classics like Jane Eyre and The Last of the Mohicans because they seemed like books everyone should read.

"I ended up loving and re-reading most of them," she told me. "I wanted to write a story that had the same effect on someone else, the kind of book that invites a reader to come back to it again and again."

It's a tossup between Jane Austen and Charles Dickens for her favorite author.

"I love their intricate plots and the color and attention given to even the smallest characters," she explained. "And I really enjoy the thread of humor that runs through Austen’s novels and the fiery wit of the heroines. I also love the way she makes you think the story couldn’t possibly have a happy ending and then, somehow, she manages to pull it all together at the last moment."

In her own writing, Laura tends to lean towards popular story lines or scenarios that are "classics" in romance, but the ultimate criteria is how effective it sounds as a simple, one-line scenario. She likes to bounce ideas of close friends and family members.

"If the mere mention of a scenario produces the right reaction– such as a laugh or a smile– then I know this is a story I probably want to write," she said.

In nine out of ten cases, the plot will come first with her. She starts with a "what if" scenario—an adventurous proposition, an alternate path, a simple mistake– then she builds the story bigger. She's noticed that, for her, in most cases the characters will fall automatically into place, then she fleshes them out through plot development.

"If a role doesn't fill itself naturally, I often picture actors or characters from my favorite stories and try them out as possibilities who could be molded or cast as the part," she said.


She has recently read The Beekeeper's Apprentice by Laurie R. King.

"It’s a fun take on Sherlock Holmes’s retirement period, with a spunky teenage girl replacing Watson as the sidekick. I spent last summer reading the bulk of Sir Arthur Conan Doyle’s stories, and since then I’ve gotten hooked on some of the new adaptations, like the BBC’s Sherlock and the Robert Downey Jr. Film," she told me. "I love classic crime and mystery books, including Agatha Christie and Mary Roberts Rinehart. In fact, I’d love to branch into the mystery genre for future works, though romance is primarily on the schedule for now."

"When did you first consider yourself a writer?" I wondered.

"That’s kind of hard to say, since I did a LOT of writing before I ever got a contract from a publishing company. While I was still in college, I worked on a few ideas for Contemporary Romances, submitting partials to contests for feedback. In between, I wrote freelance articles for different websites. Getting the contract for Only in Novels was a new kind of thrill, though. Even though it was only available in eBook format, it was so incredible to see its cover art and product page, and to know that it was for sale, competing with so many other books."

Only in Novels is set in a bookstore, as the heroine struggles to save her floundering business. And the hero– a famous adventure novelist– gets booked for a signing by mistake and ends up helping her.

"Of course, there are a ton of references to my favorite books and literary characters," Laura shared.

When she's not writing, Laura likes to read books ("lots of them," she admitted), and rewatch her favorite films. She also likes hunting antique or vintage copies of her favorite books at flea markets and spends some time doing "necessary" landscaping projects.

"A lot of my non-writing time is spent paving the way for other writing-related projects, such as book trailers, promotional ideas, drafting submission letters, etc.," she said.

Most of the readers she hears from come in the form of reviews on Amazon or other sites, but she does have a blog and a Facebook page for fans to visit, www.paperdollwrites.blogspot.com and www.facebook.com/authorlaurabriggs, where she posts book trailers, deleted scenes, and interactive things like polls or giveaways. She also creates fan pages for current book series.

On a personal note, Laura told me that her strangest habit is probably her tendency to clean things when she's frustrated--scrubbing sinks, sweeping floors, tackling mold and mildew.

"Strange, I know, since most people feel less enthusiasm for cleaning when they're upset," she said, "but it's the first habit I turn to when I'm feeling stressed."

Her favorite animal is probably cats.


"I’ve had a lot of them through the years, and I find that they’re just as affectionate as dogs, but in a low-key sort of way. They have such unique personalities and little quirks too. And I love their strong sense of independence."

Finally, I asked, "Can you taste the difference between Pepsi and Coke? If so, which do you prefer?"

"I’ve always thought that Pepsi tasted a lot stickier and sweeter than Coke. I love a good, ice cold Coke on summer days or with a juicy hamburger on the side. Although, I don’t really drink sodas all that often, " she admitted with a laugh. "I probably don’t even have one per week now that I’m no longer a college student with an endless supply from the cafeteria soda dispenser." 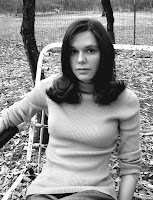 About the Author: Laura Briggs graduated from a small liberal arts college in Missouri with a degree in English. She is an author of both indie and traditionally published fiction, including the CAPA award nominated Only in Novels.

Interesting interview. Laura is a new-to-me author so I was interested in what she had to say. I noticed she starts with 'what if' and goes with the flow. Laura, have you ever discovered that you've written your character(s) into a corner with noplace to go? What did you do then? Did it open a door to a new direction?

Hi Karen--thanks for stopping by!

To answer your question, I used to write characters into a corner quite often (and it's pretty frustrating, LOL). But then, I started making an outline from all of my notes, making sure the 'what ifs' led to a logical conclusion.

The difference has been amazing. The outline isn't exactly set in stone (a few twists and turns may pop up unexpectedly) but it does help to keep the story and characters on track :)

The New Year is full of promise, though you may also get a fair share of tough times.That's the gift of the New Year. Raise a toast to the year that holds many promises.Celebrate the start of a whole new year.

I think this is among the most significant info for me. And i'm glad reading your article. But want to remark on some general things, The website style is perfect, the articles is really excellent : D. Good job, cheers
Artograph Lightracer Light Box - 10 x 12, Artograph Lightracer