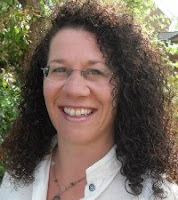 The Long and the Short of It is pleased to welcome Rachel Brimble, whose latest book Paying the Piper was released from Lyrical Press in September. I asked her to tell us a little bit about Paying the Piper.

"Paying The Piper is my longest and grittiest contemporary romance so far. It is set in the UK against the backdrop of city life and nightclubs. There is tension and suspense, heated attraction and tears. I loved writing this book and pray my readers enjoy it too."

Nightclub manager, Grace Butler is on a mission to buy the pub where her mother’s ashes are scattered – except the vendor wants to sell to anyone but her. And the vendor happens to be her father…with a secret Grace will do anything to uncover.

Social worker and all-round good guy, Jimmy Betts needs cash to buy a house for three special kids before their care home closes. In a desperate bid for cash, he agrees to a one-time ‘job’ for bad-man Karl Butler. But in a sudden turn of events, Jimmy finds himself employed by Karl’s beautiful, funny and incredibly sexy daughter, Grace.

Their lives couldn’t be more different – except for one binding thread. They’re both trying to escape the bonds of their fathers. But is it possible the only way they will ever be free, is to be together rather than alone?
Rachel told me she always wanted to be a writer.

"I am so happy to be living my dream and having a husband who is one hundred percent behind me. When I was young I wanted to be a journalist but got sidetracked and ended up working ten years in a bank," she said with a laugh. "So once I became pregnant with my second daughter I sat down and got on with it seriously before my writing was put on the back burner again."

Her first book, Searching For Sophie, was accepted and published in 2007.

Currently, Rachel's written six published novels, a seventh (her first romantic suspense in over three years) is under consideration at a publisher, and her eighth is with her agent.

I asked her which was her favorite and she said, "My favorite…is probably The Arrival of Lily Curtis which I loved writing and my readers and reviewers seem to have enjoyed the most. Next favorite is my latest release, Paying The Piper!."

She shared the working blurb of the romantic suspense with us.

Detective Sergeant Cat Forrester’s life revolves around her alcoholic mother and her career in the UK police force. When Jay Garrett, an old friend and “one off” lover calls asks for her help investigating the murder of their mutual friend at Templeton Cove on the English Riviera, Cat is torn. The case is out of her jurisdiction and her mother’s drinking is out of control – she shouldn’t leave her. But when Jay confides he feels it’s his fault their friend is dead and he could have prevented it, Cat has no choice but to go.

Jay is handsome, wealthy and successful but needs to make amends for the massive mistakes he’s made. Once a drug addict, Jay’s conscience is riddled with the wrongs he committed and he is desperate to prove to the people he hurt, and himself that he has turned his life around. Reunited with the girl he let go seven years before, Jay’s determination to avenge their friend’s death and make Cat his is all the motivation he needs to put things right.

Both struggling with their demons and anger, Cat and Jay seek solace in each other and join together to find a killer – and everlasting love. As their relationship deepens so does the danger – but will their love versus a killer’s hate triumph in the end?
All of Rachel's books have started with a character talking to her, she told me.

"Once I hear that voice and it won’t leave me alone, it takes me a while to figure out where their story fits. Because I write across the sub-genres of romance, the voice is in my head for quite a while before I know if their story is suspense, comedy, contemporary or Victorian. Once I have that figured out, I can move onto the plotting!"

Rachel's very lucky to have, as her writing space, a log cabin-type office in her back garden (backyard).

"I love working in there because it takes me away from the house and ‘normal life’," she told me. "I have two young children who are growing up fast and taking over the house with more and more stuff and more and more friends coming over so my office is my haven. One wall is completely covered with books and then I have a L-shaped desk with two walls covered in cork so I can pin up pictures and notes at will. The final wall is entirely windowed and gives me a view out onto the garden. Bliss!"

Rachel writes every day without fail, even if it's just starting a blog post or completing an interview. Her goal is for a thousand words a day, but with a part-time and have a young family, it's sometimes a challenge. She did receive one piece of advice that has helped her a lot, however.

"The best bit of advice I ever received was to allow myself to write a ‘dirty draft’," she explained. "If I would have known that it was okay to work all the way through a book from beginning to end and worry about fixing it later, I would have enjoyed the whole process a lot more."

The one thing she does do, on her way to meeting her goal, is "keep to my ‘dirty draft’ so any serious writing I do is at least moving my story forward. On my non-day job days, I aim for at least two thousand five hundred words so my average weekly output is around eight thousand."

On a more personal note, I told Rachel, "You can erase any horrible experience from your past. What will it be?"

"Being trapped on a roof for twelve hours after been caught up in the middle of the French floods last year. We were finally rescued by helicopter."

"What do you want to know about the future?" I asked.

"Whether I’ll hit the big time and earn enough money from my writing that my husband can give up work and we can cruise around the world while I write page-turning novels on my laptop."

Finally, I asked Rachel what's the one piece of advice she would give to a new writer.

"Just write – a full page can be polished, a blank page can’t."
You can keep up with Rachel on her blog, http://rachelbrimble.blogspot.com.
Posted by LASR/WC/A Admin at 4:00 AM

Great interview. I don't know why I didn't realize you wrote suspense....off to get a book.

Thanks for stopping by, ladies! Hope you enjoy 'Piper' Wanita. I loved writing it!

Paty, i read more romantic suspense than any other sub-genre so that's what I wrote first but I have strayed to comedy, historical and straight contemporary since! This last book called me back, I can't wait for it to find the right home :)

Great interview, and the book sounds intriguing enough to put on my wish list =-) God bless!

Hi, Rachel. Something you said in your interview caught my eye because it happens to me, too:
"...I hear that voice and it won’t leave me alone." Do your characters continue to talk to you even after the book's all-but done? Mine do, and they insist I go back to the beginning and add things that will better explain who they are. Do you plot first then write, or do you do both at the same time? Best of luck with your new book! Sophia

Hi Dana! Hope you enjoy the book - it's a gritty, sexy read!

Nice to 'meet' you, Sophia! Yes, my characters continue to talk to me when I'm almost finished and when I'm completely finished most of the time! I do listen to me and I go back and change things until I know I've got it right.
As for plotting? When I get the story idea or goal in my head, i think write a 2-3 synopsis and very loose chapter plan, after that, I just write and see what happens changing the synopsis as I go along. That way, when i'm done, the synopsis is nearly there too!

Rachel,
Wow! No wonder you're so productive. 8k words a week and a day job, too? Keep up the great work and congrats on your book. :)

Hi Rachel, I really identified with your response about a voice that won't leave you alone. I have a character that keeps tugging at my attention even though I haven't written his story yet. Great blurb and excerpt. :o)

Hi Joya + Katherine - thanks for popping by!

I'm even luckier since the interview in that I have been able to give up the part time work (thanks to my lovely hubby!), so my average output is now 12,000 a week :)

Keep listening to those voices! If we don't, they might stop...shudder!!

Great interview, Rach! I love the sound of the new work in progress. I wish I could earn enough to allow my hubby to retire and travel, too. Don't we all?

Enjoyed the interview, Rachel! I too, wanted to be a journalist and ended up working as a bookkeeper for thirteen years.

Now, I have the luxury of being able to stay home and write every day. Best of luck with your latest release! Sounds like a winner!

Wouldn't it be fab to travel the world and write on your laptop? Happy days! :)

Nice to chat again, Susan. Its been too long! Thanks for your kind words:)

Thank you for sharing the information here. And please keep update like this.