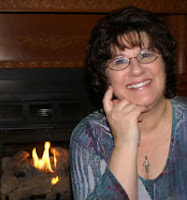 The Long and the Short of It is pleased to welcome Delia Latham, whose third book in the Solomon's Gate series will be coming out soon (release date to be announced).

Delia often says she was born with a pen in her hand—and it's not that far from the truth. She can't remember a time when she didn't keep a pencil and paper in hand—writing little poems and songs and then graduating to what she calls "very bad short stories." She won an essay contest when she was in the third grade and was determined to be a bona fide author one day.

"I continued to write all my life, and became a newspaper journalist for a while, but I always promised myself a novel…someday," she said. "One day a few years ago, I just kind of woke up to the fact that I’m not getting any younger, and if I really wanted to write a novel and see it published, I needed to get crackin’! And the rest, as they say, is history."

Not only did she write from an early age, Delia shared with me she's also been a voracious reader.

"I was reading far ahead of my age group from my very first reader - always LOVED to read. I devoured all the Nancy Drew, Hardy Boys, Bobbsey Twins, and Sherry Ames books I could get my hands on. (There were others, too, but I can't remember all of them now. That's been (ahem!) a few years ago...)," she told me. "As a teenager, I started reading Grace Livingston Hill, and she was probably the strongest influence on my own writing. Even though I've worked hard to develop my own voice and style, I occasionally notice 'shades of Grace' in my writing. And that's okay - I'd be honored if readers recognized her influence in my work."

"How do you develop your plots and characters?" I asked her.

"Okay, I admit it…I’m not a plotter. In writing, as in the rest of my life, I pretty much fly by the seat of my pants. (I feel like I should stand up in front of a roomful of writers and confess: My name is Delia Latham, and I’m a seat-of-the-pants writer.) What usually happens is that I get the seed of an idea, and if I like it, it won’t go away. I mull it over in my head while I’m washing dishes and making beds, chew on it while I vacuum the floor and dust the furniture, and dream up plot elements as I drive down the road. By the time I actually plant myself in front of my keyboard and start writing, I have a fairly good idea who my characters are and where I want the story to go. Which is not to say that when I start putting the words together, things don’t change. Most often, the characters take over and tell me what’s going to happen!" she said with a laugh.

Titles are always a lot of fun for Delia, and she'll often have the title before she even starts writing the book. Sometimes she'll sit down and start making lists of titles that sound like a great story could be built around them.

"For instance, I overheard a conversation in which someone sarcastically stated, 'In your dreams!' It's nothing new, right? Still, at that moment, it triggered something in my mind and I jotted it down," she explained.

She's currently working on a story titled "In Her Dreams."

"When did you first consider yourself a writer?" I wondered.

"When I sat down and seriously started working on my first real manuscript. Until then, I considered myself a 'wannabe' writer, even though I had been writing for many years, and had seen my byline in print over and over again in newspapers and magazines. In hindsight, I know that I was a writer all along," she said, with a smile. "But getting to the point where I could comfortably answer, 'I’m a writer,' when asked what I do…that was a huge step for me—and an important one. Because once I learned to think of myself as a writer, and to declare myself a writer, I began to perform that role with more believability and success."

Delia does her best writing at night, when the rest of the world is asleep.

"Nobody’s knocking on the door, the phone isn’t ringing, no one’s sticking their head in my office to ask questions or trying to drag me out of the house to go shopping or yard sale-ing or any of a hundred other things that can get in the way," she told me. "During the day, I use my computer time to market and network."

She was surprised to learn that writing the book was only the beginning—and that the creating of the book was the fun part.

"There’s still the long process of submitting and being rejected—sometimes over and over again; marketing, which is not really my cup of tea, is also a necessary part of things; networking never ends," she said. "Most writers would love to just write and leave all the other pieces and parts to others. While I guess it’s possible that authors who are household names, like maybe Stephen King and Nora Roberts, can get by with that…but most of us can’t. So it’s important to be willing to jump through all the hoops."

I asked her which of her books was her favorite.

"That’s like asking a mother to choose her favorite child!" she said with a smile. "The closest I can come to an answer is that each new novel is my favorite for a little while. But every book means something special to me, and I love them all. I will say that the Solomon’s Gate books are near and dear to my heart because God did such a profound work in me as I wrote them. It was an amazing experience, and I will always treasure these book for that reason—and I think they’re seriously good stories, if I may say so myself!" she added with a laugh.
You can keep up with Delia on her blog, http://delialatham.blogspot.com
Posted by LASR/WC/A Admin at 4:00 AM

I seriously tried to leave a "thank you" comment when this interview first posted, but I couldn't find a place to do it! So glad I finally did, because I truly do appreciate the opportunity to be showcased on LASR. :) I hope readers enjoy my interview as much as I did!