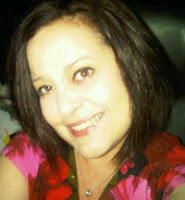 The Long and the Short of It is pleased to welcome Monique O'Connor James, whose latest book from Astraea Press, Jamais Vu was released last month. I asked Monique to tell us a little bit about it.

"Jamais Vu was inspired by my mother, who accidentally shot herself, playing with a loaded gun, when I was two. Jamais Vu addresses all the questions you have about yourself, and the questions others pose, when you go through something like that. It is also paranormal, as are most of my works, in that Darby Lambert has a near death experience and suffers from psychic dreams after."

Her debut novel, The Keepers, was not only her first book published, but the first book she ever wrote. It, too, was inspired by her mother.

"Although I have several other manuscripts which are waiting to be edited, The Keepers was the first time I completed a story. The novel's heroine is stricken by grief, when her mother dies of breast cancer. The plot came from the grief I was dealing with over the death of my own mother, who died of breast cancer in 1998. A lot of what Jess feels and says in the story, came from my own feelings, and more than any other book I've written, this story was cathartic."

She's currently working on the sequel to The Keepers, but it's a sequel with a twist.

"It is actually a sequel which has none of the original characters in it, however, you will love these new characters too," Monique explained. "This particular book has taught me a lot, because in general, sequels pick up with the prior characters and have the same 'feel'. But, The Keepers is a very emotionally charged book, and the sequel has those emotions, but it's a bit spookier!"

Her mom played an important part in Monique's writing career, not only in inspiring these first two novels, but actually inspiring her to write in the first place.

"When I was about 9, my mom bought me a journal for my birthday," Monique remembered. "I was a little perplexed, as to what she wanted me to do with it. However, I started writing my thoughts down every day. From that point on, I realized the joy that came from putting pen to paper, and I quickly became addicted."

If Monique had any wish, it would be that she could have one day, again, with her mom to tell her about all that's transpired in her life and to let her read the books.

"But I try not to dwell on what I've lost," she said, "and be grateful for all I've been given."

I asked her to describe her writing space, and she laughed.

"I call my writing space the dungeon. My husband and I have our laptops and work area set up in our garage. There are no windows and other than a very dim overhead light, and the lamp above my computer, it's dark. I spend the majority of my time writing in this area, and am in the process of getting my darling husband to spruce it up a bit. When I need a change of scenery, I carry my laptop outside, on my deck, and write while the kids swim and the birds chirp. I do carry a notebook, though, and I will write anywhere and everywhere."

She stays busy, because she has a full-time job selling insurance.

"When I get home in the evenings I am mother and wife. If the kids are off doing their own thing, I will sit down and write; if they aren't I wait, until about nine p.m., and then start to write. Sometimes, I'm up, until two or three in the morning. There is never a dull moment. I try not to give up special times with my family, but there have been moments when I've had to stay home, instead of joining in the fun. I do believe you have to experience life to be an apt writer, so I make those decisions carefully."

When she is writing, she always has to have a cold Coke on hand, preferably over ice, and she's addicted to the long strands of Laffy Taffy. She also has to have music playing.

"I always say music can change the world, and it can surely change my plot!" she declared.

On a personal note, she loves taking pictures of herself, but normally only from her left side. She had Bell's Palsy when she was nine and the right side of her face was paralyzed to varying degrees for a couple of years, so ever since then, she makes sure to snap from the left side.

"What's the strangest thing you’ve ever eaten?" I wondered.

"Well depends, I'm from Louisiana so we eat crazy things," she admitted. "I've had fried and blackened alligator; I've tried nutria; we eat anything fried, but for me the weirdest thing was escargot. I thought it tasted like steak, with a different consistency. It was good though...I also think oysters are strange, but char-broiled, they are delicious, and of course, we Louisianans eat boiled crawfish."

As you can tell from her name, there's a lot of Irish in her background, but she also has French and Cherokee Indian.

"I think the ones I most identify with are Irish and my Cajun French heritage, as my dad spoke French before he spoke English and I'm very proud of those parts of my blood line," she said.

" Have you ever cried during a movie?" I wondered.

"I cry in every movie! My kids like to stare at me during movies, so they can let their dad know the precise moment, when the waterfall starts! I'm in touch with my emotions, what can I say?"

"Have you ever made a crank phone call?"

"I shouldn't admit this, but if my kids are making crank calls I have no problem joining, and I've also been known to play ding dong ditch. If that's the worst thing they do, I feel blessed."

Finally, I asked Monique, "What advice would you give a new writer just starting out?"

"Well, there are a couple of things I think are very important, for any new author to know. The first is, never give up. You will be rejected; you will have friends and family members laugh at you; the road is not always easy. However, if you refuse to take no for an answer and keep plugging away, you will eventually fulfill the dream. Write down what you want to achieve and then don't let anyone stop you from getting there. The second is develop a network of authors who are more and less experienced than you. The authors who have more experience, will give you the tough love you need to learn what you are good at, and what you could work on. The authors who are newer than you, you can offer to help critique and through critiquing you will learn a wealth of information about your own writing."
You can keep up with Monique on her blog, http://moniquejames.wordpress.com/.
Posted by LASR/WC/A Admin at 4:00 AM