Believing in Ellie
by
Ginger Hanson
©2011

Ellie’s Song had a long and checkered career before it was picked up for publication by The Wild Rose Press. It won first place in a romance chapter contest and finaled in a publishers’ contest, but it was also requested and rejected by several editors and agents. While it’s the third manuscript I wrote, it’s the first to earn me a personal call from an editor.

I doubt if I’ll ever forget that phone call and the joy of talking with an editor who had fallen in love with my characters and wanted to publish their story. Thankfully, I asked her to put her revision requests in writing and she did. Although I didn’t tell her, I knew I’d never remember everything we discussed because my brain kept singing “she loves it!”

I made the revisions we discussed and resubmited the manuscript, but as I was to learn in the upcoming years, editors don’t remain in houses long and their replacements aren’t always enchanted by the same stories as their predecessor. By the time my revisions reached the publishing company, the editor who called me was gone. The new editor rejected my manuscript.

Instead of burning the manuscript–easy to do in the days of paper submissions–I never lost faith in Ellie’s Song. Sometimes my faith lagged, but it would be renewed when Ellie’s Song placed in a contest or earned me a nice letter from an editor.

“What’s best about Ellie’s Song is your ability to put your reader into the situation in a way that comes across naturally. We have no trouble envisioning Ellie’s home, the characters surrounding her, particularly her mother, and the activities, such as Ellie making bread, without distracting us from the events playing out in the plot.”

And how can I forget the friend who read the manuscript and left the area for several years? One of the first questions she asked me upon her return was whether or not I’d ever sold the book about the heroine who made cinnamon bread.

One reason I had trouble finding a home for Ellie’s Song was the hero, Lane Walker. For many years, publishing myth held that celebrity heroes are not popular among romance readers. As one contest judge said, “Although your synopsis is well-written, with a feasible story, editors have steered away from stories involving movie stars, singers, models and writers. So in spite of my liking your tale and (my) interest in the story and how you tell it–I don’t think for a first novel you’re going to get a thumbs up.”

Ellie’s Song deals with the difficulty a shy person has in handling the celebrity status of a significant other. If the hero was, say, a car mechanic, the heroine wouldn’t have a problem visualizing their future. I wanted this story to explore the issues of how an everyday person deals with being romantically involved with a celebrity.

Lane remained a singer and Ellie a shy folk artist and they found a home at The Wild Rose Press. I hope they’ll also find a home in your heart as they did in mine. 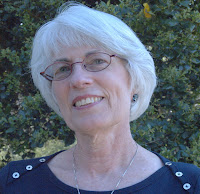 Please let me know your thoughts after you read Ellie's Song!!

Good for you that you didn't give up.
mce1011 AT aol DOT com