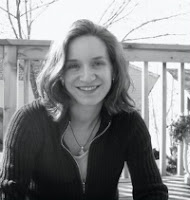 The Long and the Short of It is pleased to welcome Molly Ringle, whose latest book Relatively Honest was just released from ireadiwrite Publishing. I asked her to tell us a little bit about it.

"My latest published e-novel is Relatively Honest, a YA romantic comedy, about the twisted first love that befalls a modern Casanova during his first year in college. It's from a British 18-year-old male point of view--and naturally I'm an American female about twice that age--so it was somewhat daring (even foolhardy?) of me to take on that voice. But it ended up being a lot of fun, and I hope I captured a few truths about coming-of-age. I think it also makes a nice companion piece to What Scotland Taught Me, because that novel's about an 18-year-old American girl being a fish out of water in Scotland, and both books deal with love triangles and questions of long-distance unfaithfulness."

She's been very busy talking and writing about Relatively Honest, but she' s not neglected her writing. A spin-off novel, featuring one of the secondary characters from Relatively Speaking, is taking shape in outline form.

"Hopefully I'll get working on that by the end of the year," she said.

She's also recently finished working with her Wild Rose Press editor on a goofy, light-hearted romance novella entitled Of Ghosts and Geeks. It features an unstable matchmaking ghost who bullies a living man and woman (of the rather geeky persuasion) into becoming a couple.

Molly told me she remembers reading as long as she can remember, but when it comes to writing—the first stories she tried to emulate are what used to be called "Drama in Real Life" in Reader's Digest.

"In middle school English, I made up some fictional drama involving kids my own age, and was stunned when the class actually seemed to like it when I read it aloud," she remembered. "I was NOT a popular kid in middle school--painfully shy, too short and weird--so that fleeting moment of approval made a real impression on me."

"What inspired you to write your first book?" I asked.

"Again, it would have been middle school that I embarked on this project, and the inspiration was the intensely frustrating unfairness of being twelve. It was a fictionalized account of a spat that my sister and friends and I got into with each other at one point. I'm fairly sure the story sucked all around (I don't have a copy anymore--it might still exist in a box in my parents' house), but my friends and sister liked reading about themselves, so that propelled me into writing stories more often. Eventually they became purely fictional rather than memoir-ish."

Molly's stories develop differently whether she's writing paranormal or in a more realistic mode. With paranormal stories, she's usually thought of the plot line first. For example, the seed of The Ghost Downstairs, released from The Wild Rose Press and a finalist for the 2010 EPIC Awards, was the idea of a haunted sorority house and she worked out the basic storyline before figuring out the details on the characters. On the other hand, with stories set in the real world she tends to start with characters she finds interesting, like a girl in a foreign land for the first time, trying to learn where her heart really lies (What Scotland Taught Me) or a famous actor visiting his small hometown (Summer Term). Then she moves on to what happens to the characters.

"Usually by getting it wrong the first time and having someone say, 'So, this title...really?' The Ghost Downstairs used to be called HOUSEBOYS, until I realized that people who weren't in sororities didn't know about houseboys, and thought they might be some kind of live-in sex slaves. (Sorry, it isn't that kind of book!) Of Ghosts and Geeks used to be ONE WEIRD GHOST, which obviously isn't as snappy. Thank goodness for the sharp eye of my editor. My basic rule is that people need to be able both to spell and to pronounce your book title. Yes, J.R.R. Tolkien, you completely fail on those counts with The Silmarillion."

I asked Molly what she liked to do when she wasn't walking and she told me, "I wish I could say 'sleep', but my two young sons don't allow much of that. I love sampling and enjoying perfumes--but only in small amounts, not the voluminous clouds of scent that overwhelm passers-by from fifty yards off. I'm also slowly learning to be a tea connoisseur (love the smell of coffee, but drinking it proves harsh on my system), and a half-decent gardener."

Given her obsession with scents, she would love to have scientists invent a machine that created any smell in the world with perfect accuracy.

"A Hawaiian beach just after the rain, a daphne shrub in flower, a Christmas tree farm with wood smoke drifting through it, a lover's bare shoulder--how amazing would it be to bottle those and spritz yourself with them whenever you felt like it?" she asked.

Molly occasionally hears from readers and she's discovered they are not always the demographic she would predict. Even though What Scotland Taught Me is labeled YA or teen lit and expected to be read by girls, she's mostly heard from men or women in their 30s and 40s who say they remember being that age and making similar mistakes.

"People of all ages, and not just women, have contacted me about my romances," she said. "It makes me think there's almost nothing to this idea of a demographic, when it comes to reading! At least, not enough to lose sleep over."

Molly grew up in a house full of dogs, cats, mice, and guinea pigs and always thought she wanted a dog as an adult. Now that she's married and has her hands full with her to little boys, she and her husband are thinking they'd better wait until the boys are old enough to help with the dog before they get one.

"Or maybe we should start with a smaller and quieter pet. Like a bunny," she mused.

Molly told me she can't remember ever eaten a crayon, but her mom tells her she used to eat Reader's Digest when she was a baby.

"What's the strangest thing you've ever eaten?" I asked.

"Aside from Reader's Digest? Some people would cast their vote for haggis, which I did eat several times in Scotland. But really it's not that remarkable or awful--it's basically meatloaf. I've gotten some strange looks for plucking parts off edible plants and nibbling them, such as Douglas-fir, blackberry (the leaf part), and nasturtiums."

"No! No, I do not! People, lightning is hotter than the surface of the sun. Seriously! Look it up! And it kills hundreds of people every year, and there's no predicting exactly where it'll strike. Tell me again how that's cool and beautiful? No, don't bother telling me--I'll just be huddling indoors, away from windows and metal objects, until it's over. Fine, it's a phobia. But that's one reason I like the Pacific Northwest: our rain almost never comes with lightning and thunder. I can enjoy our drizzle without fear."
You can keep up with Molly on her blog, http://lemonlye.livejournal.com/
Posted by LASR/WC/A Admin at 4:00 AM

I love reading YA books and your book sound fantastic would love to read it.