Doesn’t Everyone Love Their Dentist? 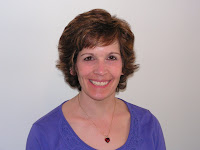 Raise your hand if you like going to the dentist. Oh, come on. There must be someone. Anyone? Maybe just a little bit? All right, I can see we have a tough room here.

The dentist I work for is a very nice man. He’s fair, honest, and hardworking. I wish I could say that about other employers I’ve had. But I can’t. Some of them have been, well, slugs. The reason I’m bringing all this up is that several of the books I’ve written revolve around dentistry. There’s been a tooth fairy, a hygienist, and now with Grin and Barrett I have one about two dentists.

The main characters, Remmie Grin and Victor Barrett, are as different as teeth and gums. They argue at every turn, while trying to convince themselves they don’t feel a mutual attraction. It doesn’t work. They finally cave in to their feelings for each other. But not before they both do everything they can to compete for all the new patients in their small town.

The story I’d written before this one was returned to me for editing. I was told there wasn’t enough conflict. That the characters were too nice, and needed to conflict more. Maybe even argue! This time around, I don’t think that’s going to be a problem. The strange situations Remmie and Victor get into while trying to convince people to pick them for their dentist will have you wondering just what goes on with your local dental professional.

Now doesn’t that make you want to learn more about your dentist? Hmmm. Thought so.
Posted by Long and Short Reviews at 4:00 AM