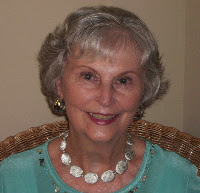 The Long and the Short of It is pleased to welcome Linda Swift, whose latest book This Time Forever was just released by Champagne Books.

Linda credits her love for reading and writing by being read to when she was very young. Her father and his mother, both teachers, introduced her to the classics at an early age and, as soon as she could read well enough, she continued reading them on her own. She remembers writing poems when she was ten and being asked to read them to grownups. Once she was asked to write a poem and read it in church at the main worship service during a children's program.

"I remember yet the struggle to write something appropriate for the occasion," she told me. "I suppose I can say that I've been writing most of my life."

She first considered herself a writer when her first short story was accepted by a university literary magazine. Then, when Zebra/Kensington accepted her first book, she felt validated as a writer of books, which had always been her goal.

"Little did I realize that by reaching this goal I had not reached the pinnacle but was at the beginning of a long journey toward other goals," she said.

She has completed sixteen books to date, with seven of them already published and five more contracted, including one book of poetry.

"I have others that have not been submitted and I don't plan to ever submit 2 of those," she told me. "I also have a few incompletes that I may never get around to finishing."

Her favorite is her newest release and it's also her longest book. It will be released in print next month, just in time for the Sesquicentennial Celebration of the Civil War.

I asked her to tell us a bit about it. "This book spans the entire war, depicting some of the major battles," she said. "The characters represent both North and South and the love of a Yankee surgeon and a southern belle who becomes his medical assistant in an antebellum mansion turned makeshift hospital. He has a fiancee waiting for him and she has a husband who is a Rebel soldier." Before Linda puts anything on paper, she thinks through quite a bit of her plot. "It's harder for me to shift things around once I have it in readable form," she explained. "And I try to get acquainted with my characters before I make them visible, too. This includes naming them which I consider a very important part of their personalities. Once I get my characters talking with each other, I often learn things about them I hadn't known before. And when they take on lives of their own, they often change the direction of the story. So I suppose I would be considered a pantster more than a plotter." Sometimes she will get a story idea first, and she will create characters to tell it; still other times, the characters will come to her first and she creates the story around them.

"Characters or plots will often float around in my subconscious for months or years before I give them their books," she said.

She doesn't worry a lot about titles, however.

"They usually come of their own volition while I write the story, frequently from a character's words. The character says something and I think Aha. That phrase is my title. I've had only one book that I've renamed about four times before I was satisfied with the title--This Time Forever," she shared with me.

Reading is Linda's second greatest pleasure. Unfortunately, she doesn't find enough time to read all she would like to. She also enjoys ballroom dancing with her husband and spending time with her adult children. She lives in Florida during the winter months, so she gets to enjoy the beach.

"Like most little girls, I wanted to be a movie star and when I outgrew that I wanted to be a writer like Louisa May Alcott. (I could never decide if I pictured myself as Jo or Amy in Little Women for I loved both characters. And it was many years before I forgave Miss Alcott for giving Laurie to Amy instead of Jo.)"

On a more personal note, Linda is an evening person and frequently burns the midnight oil. Mornings are not very productive for her.

Dogs are her favorite animal, but with her lifestyle owning one would be very inconvenient right now—she and her husband own homes in Kentucky and Florida and split their time between them, stopping in Tennessee to visit their children who live there. Sheep come a close second ever since the time she lived in England and saw all the placid sheep grazing on the green hillsides.

She felt right "at home" when she lived there and she's traveled over many parts of the British Isles. It's not suprising—she's a mixture of English and Welch on her maternal side and English, Scottish, and Irish on her paternal.

"My daughter was involved in a car accident fourteen years ago that was almost fatal. So many things could have resulted in loss of her life but with her determined spirit and excellent therapy, she survived and leads a normal life. She is God's miracle for our family and we are forever grateful."

She doesn't want to know what the future holds, however.

"I have heard it said that if we could know the future, not one of us would want to live another minute," she told me. "And unless all of it was happy, I don't think I'd want to know what is yet to come. Another quote comes to mind: 'I don't know what the future holds, but I know who holds the future.' I think that says it all."

"Oh, goodness, yes. Love Story comes to mind first. I cried from almost the beginning to the end and left the theater with a swollen face. Gone With the Wind comes a close second. And all World War II movies make me tear up."

Finally, I wondered what advice she would give a new writer just starting out.

"Don't be discouraged if at first you don't succeed. As the old adage goes, 'Try, try, again.' And don't try to write whatever is in vogue at the moment. Write the stories you feel deeply about or you can't expect others to care about them either."
You can keep up with Linda on her website, http://www.LindaSwift.net,
Posted by LASR/WC/A Admin at 4:00 AM