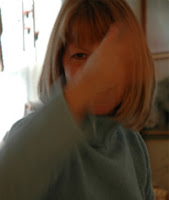 The Long and the Short of It is pleased to welcome Emly Forrest, whose latest book Irish Ice was recently released by Lyrical Press.

I asked her to tell us a little about it.

"Irish Ice is my 'cougar' book, because my editor requested that it be so. The protagonist, Jessica Grandville, is in her late thirties and is pursued (ultimately successfully) by Colin, a man in his late twenties, while she’s in Boston on business. It becomes more than just a fling, however as Colin takes hold of her heart. All is well at first, but then things go haywire. Besides wrangling with the whole age thing, Jessica begins to suspect that Colin may have something to do with recent IRA murders in both Boston and London. This novella is one of four in a special Irish Collection, that was published in time for St Patrick’s Day."

Emly told me she's been writing as long as she can remember—since she was first able to hold a pencil in her hand.

"My sister tells an amusing story that involves me writing a poem that she submitted as her own when she was in high school (I was in grade school at the time)," she remembered. "As I recall, she got an A. I’ve been inventing characters for more years than I wish to divulge, lest you find me way too old to keep doing it."

She didn't want to be a writer when she grew up, though. She wanted to be an actress, especially a comedic actress.

"I was an outrageous ham as a child and loved performing (albeit badly) for anyone who could bear to watch," she told me. "My mother says I could perfectly imitate Jimmy Durante (am I dating myself?) and Heckle and Jeckle. I was always trying to get a laugh—perhaps because there was so much tension and so little laughter in the house when I was a kid."

Her first book, The Last Resort, was inspired by Hurricane Rita. Emly owns property on the Gulf of Mexico in Louisiana. She wasn't born in the area, but she was privileged to call it home for a few years.

"Three things make that area extra special," she explained. "The people, the food and the music (not necessarily in that order). When Hurricane Rita took away all that I loved there—an entire way of life, in fact—I wanted to memorialize it somehow."

Emly is a full-time RVer. She lives, works and travels in a smallish travel trailer every day of the year—and has for almost nine years.

"There are sacrifices, sure. I have to keep 'stuff' down to a minimum," she told me. "Everything I have must serve a purpose or, even better, two purposes. Consequently, my 'writing space' is my bed, or my couch, or my lawn chair (weather dependent). I don’t have room for print copies of references so must rely on electronic versions of a thesaurus, a dictionary and other guides. I may have to move from one space to another as he-who-shares-my-rolling-home (read: husband) and Prince Furry (read: dog) go about their daily routines. If hubbie wants to nap and I’m camped on the sofa with laptop on lap, I move to the bed. It’s ok. There are so many amazing things about the way I live, I’m willing to tolerate a little inconvenience."

When she's not writing, she enjoys walks, eating, watching movies, and reading.

"I like sex, too," she added, "but I don’t think you really want to hear about that."

One thing she learned that surprised her when she started writing was the way characters take on lives of their own.

"They wind up saying and doing things I never intended or imagined," she explained. "It seems like once I’m in the zone of writing, my conscious mind goes into a holding pattern and strange things happen. I remember once beginning to write a few lines of dialog for a character I thought I knew completely, when she suddenly said things that seemed foreign to her nature. When I reread later, however, I realized that it was just a different aspect of her personality coming to the surface. It was a little scary at first, but now I look forward to it happening."

On a personal note, I asked Emly what horrible experience she would erase from her past.

"My husband’s heart surgery. Ok, sure, it made him better and probably kept him alive, but it was the most grueling ordeal I’ve ever had to experience. And (get this), it happened while we were on our honeymoon. I’m not making this up. I’ve told old what’s-his-name that he owes me a spectacular trip to make it up. But that was ten years ago and it still hasn’t happened. Sigh..."

She also hates how she looks in pictures and always has.

"I either look like some kind of demented gargoyle or I look entirely too much like my mother," she said. "And I want to know who keeps adding all those wrinkles to my face in the photos."

Emly told me she had the rare good fortune to be sent on a business trip to Singapore and her husband was able to tag along.

"We made an effort to eat only in out-of-the-way, local restaurants to really get the full flavor of the place. A delicacy there is a fruit called Durian. The Singaporans say it smells like hell, tastes like heaven. I’d go so far as to agree with the smell part—much like a dead, decaying body. The taste was nice, but for me, not worth getting around the odor."

"They really load on the garlic if they know you want it that way," she said, "and I do. Perfection!"

"Have you ever cried during a movie?" I wondered.

"Ok, I’m going to make a confession here. I cry unashamedly at The Way We Were every single time I see it. I cried the first time I saw it almost forty years ago and I cried two weeks ago when I saw it for the gazillionth time. The tears start at the opening credits when I hear Streisand’s exceptional singing. Guilty pleasure, guilty pleasure."

Finally, I asked Emly, "What advice would you give a new writer just starting out?"

"Keep writing, every day. This skill is like any other. The more you do it, the better you become. Sure, it helps to have some innate talent and it’s critical to have a burning desire to write. But you have to do the work. Even if it’s boring (and sometimes it is). Even if it’s hard (and mostly it is). Set a goal of so many words a day and meet that goal religiously. Pick a reasonable goal. Say, five hundred words. If you write more than that, great. But don’t quit until you’ve got all five hundred spewed out."
You can keep up with Emly on her blog, http://www.emlyforrest.blogspot.com
Posted by LASR/WC/A Admin at 4:04 AM