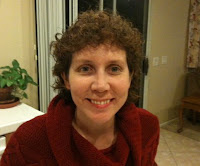 Romanian food is a unique blend of different dishes with several different influences from Turkey, Germany, Serbia, and Hungary.

A majority of Romanian dishes are based on pork. Chicken, beef, and fish are also part of the diet, but Romanians love pork.

At Easter, however, roast lamb is served along with pascå, a pie made of yeast, dough, and cottage cheese.

Romanians are also known for their soups – ciorba, which has a distinctive sour taste.

Tuica is a plum brandy that's very popular in Romania. The country is also known for its wine, and has a proud tradition of making wine which dates back to Roman times.

A common dish is called mamaliga, which is a cornmeal mush and can be served on its own or as an accompaniment. I can't say I've tried it, but the consistency described reminds me of oatmeal.

Romanian pancakes are known as clatita and are reminiscent of French crepes. Fillings include ground meat, white cheese or jam.

What's some of your favorite Easter foods?

Enjoy this recipe for PASCA, a Romanian Easter pie.

First put the flour in a large bowl in a warm place.

Dissolve the yeast in ½ cup warm milk and a teaspoon of sugar. Separately dissolve 3 tbs. flour in milk, mixing well until the mixture is homogeneous.

Mix well with the yeast and beat until it makes big bubbles.

Spread some flour on top, cover with a towel and place in a warm place to rise.

Knead for at least half an hour, bringing the dough from the sides to the middle.
Add the oil, rum, vanilla, lemon scraped skin and little by little, the melted warm butter. Add flour till the dough doesn't stick to your fingers. If the dough is too hard, add a little more milk.

In the end the dough must have an elastic consistency and air bubbles. Cover the bowl with a towel and place in a warm place. Let it to rise for about 2-3 hours to triple in bulk. If the dough is ready to overflow the bowl punch down and let it rise a little more.

When the dough rises enough, make a finger - thick sheet from 2/3 of dough and put it into a round baking tray.

Knit the rest of dough and place it over the initial sheet, on the side of the tray. This is the rope of life in Romanian folk tradition. Let it rise for an hour.

Mix all the filling ingredients into a paste.   When the dough has risen enough place the filling in the middle. Brush it with an egg and place it quickly in the oven.   Let it bake for 45-55 minutes.

Turn off the heat and let it cold slowly. Just open the oven's door a little bit.  Easter cake can have a cross from knitted dough over the filling. It's called cross pasca and is taken to the church on Easter to be sanctified.


Stephanie Burkhart's latest release is The Wolf's Torment, a paranormal romance set in Romania in the 1860's with Desert Breeze Publishing. Stephanie is a 911 Operator for LAPD. Her release The Count's Lair received 5 Books from Long & Short Reviews.

Blurb: When a werewolf threatens his wife's safety, Prince Mihai must tap into the power of the witch to save her.

The Wolf's Torment will be available as an ebook for Kindle, Nook, Sony Ereader, Kobo through various outlets.

GOODREADS:
http://www.goodreads.com/author/show/4031660.Stephanie_Burkhart
Posted by Long and Short Reviews at 1:47 PM

Hi Steph,
Thanks for the pie recipe - it sounds delicious!

THanks for popping in, Diane. It does sound yummy, doesn't it?
Smiles
Steph

In general I didn't like Russian food. I found it too greasy, except for stuffed cabbage. But I adored their cakes and sweet. I bet Romanian food is not too different.

Mona,
Polish food can tend to be the same way as more traditional methods rely on bacon fat and butter. Hungarian cooking is similiar and I learned to be picky about it.

I remember back in Berlin in 1991 I went to the Russian fair in the Soviet block of Berlin (they had opened it up to everyone) and I tried a soup. I found something in that soup - a beetle and it totally freaked me out from trying the rest of the cuisine.

This sounds delicious. Thanks for sharing such a mouthwatering treat.

Thanks for sharing the recipe for the pie. It does sound really good. :)