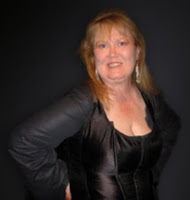 The Long and the Short of It is very excited to welcome back Faith V. Smith. I'm excited to share with you that Faith just made the Dean's List for the spring semester!

"Thanks, and first let me say how happy I am to be back here! I love the site, your reviewers, and what you do for readers and the publishing industry."

"Tell us about your newest book."

"I have two new books that came out in February. One is a fantasy time travel called, Semper Fi Magick. In this book, I put Catriona the Faery Princess from Viking, Go Home who sent Wulfgar to the future against a battle-scarred Marine. There is romance, some terrorism thrown in, and a trip or two to the Seelie Court. Gideon's Heart is the third in my Vampire Bound By Blood, The Legends series. Detective Gideon Hawks finds a woman who is what he thinks is half-dead and brings her home. Little does he know she is a vampire, and an ancient vampire begins to stalk Katheryne, Gideon, and all their friends to get her back.

I also have a vampire romance coming out late this month, first as an ebook then a print somewhere around October. Presidential Heat deals with Kira who is a Vampire Government Protector, guarding hot and widowed president Gareth Hayes. Also coming this June is Immortal Justice book one of The Immortal Executioners Series. Darach MacRath is cut down in the prime of his life back in the 10th century to be turned into and immortal by the archangel Michael. His job to fight demons on earth. On the way he hooks up with Abigail Dupree who can spot a demon right off the bat. Together they fight the man who killed Darach and his family."

She's currently working to finish another paranormal and has to have Hawk's Salvation, the fourth in her vampire series, into her editor at TWRP by the first of August. She's also working on a third Faery Rose time-travel story.

I asked her why she thought paranormal was so hot.

"I think paranormal is hot because it is a fantasy, a bewitching combo of sensuality and need for romance. I love it!"

She has recently returned from the Romantic Times Booksellers Convention. Her daughter, who also serves as her assistant and publicist, was able to go with her and they had a great time meeting friends. Faith also had the chance to do a book signing with Evan Scott, who was the cover model for Gideon's Heart.

"He is Gideon is heart and soul. And he is so easy on the eyes," she said with a laugh.

"You are published by both The Wild Rose Press and Siren BookStrand," I asked."What's it like to work with two different publishers?"

"It's somewhat of a challenge. I've been with TWRP for almost three years as a pubbed author. I'm used to how they do things, and getting use to all the new folks at Siren BookStrand has been informative. They are really awesome people!"

"Last year you told us a little about your first book—the medieval. Do you have any fresh news for us on that one? Any plans on getting it out, sprucing it up, and submitting it?"

"Nothing new, but I still plan on cleaning it up and submitting it."

I asked her to describe her writing area.

"It sits beneath the front window of my bedroom/office," she said. "I can see the oak tree in the front yard. In good weather I can see branches moving in the wind and in winter I can see the snow come down when we get any. It's peaceful. I'm not sure I could write anywhere else in my house." She laughed and added, "I like to write in slippers and my jammies."

Katherine Woodweiss' The Wolf and the Dove is the book that made Faith fall in love with historical to begin with, and Lynn Kurlands' medieval romances made her realize she could write historical without sex in it.

"But, then my characters sort of did their own thing," she admitted.

Her introduction to paranormal came about when she did a book review for Angela Knight's The Forever Kiss.

"That vampire book rocked!" she told me. "But that’s not what made me want to write one, I did it for a contest."

She loves writing and feels a bit strange when she can't write, but she confessed that editing drives her nuts.

"I’m so afraid there will be a mistake left in the book," she told me. "So afraid, I will not read the book once it’s out. I know, it’s weird."

When she's not writing, to unwind and relax she reads and watches television or old Westerns reruns on her PC. She also enjoys napping.

"Tell us about some of your most memorable rejections. How did you cope with rejections?" I wondered.

"One of my most memorable came from Kate Duffy, a lady who knew her stuff and I still miss. She rejected the second of my vampire books, and bear in mind the first one was not even published yet. I sat there and tears rolled down my face. Kate being Kate goes, 'Faith, it’s okay.' Or something like that. I told her it wasn’t the fact she rejected the book, but my husband was dying and no one could help him. I told her I should have been at home and not pitching my work. She got up and gave me a hug right there in front of God and everyone in the room where pitches were being taken. I will never forget that as long as I live. God bless you, Kate Duffy!

"I cope with rejections one at a time. I read them, whine, carry one, and then step away to come back later. I’ve found that the medicine goes down better after a good night’s sleep."

Surprisingly, even though Faith writes paranormal, she doesn't do Halloween. However, one time at a party her late husband set up a mannequin's arm in a commode with red food coloring dripping from the fingers.

"Scared the party guests to pieces!" she remembered with a laugh.

Finally, I asked, "If you could leave your readers with one legacy, what would it be?"

"Not sure if you mean by my books, but if so, The Immortal Executioner series, but if you mean overall, I would have to say, trust in God, don’t give up, and know he always holds your right hand. These things have brought me through a lot of trials and tribulations."
You can keep up with Faith on her blog, http://faithvsmith.blogspot.com.com
Posted by LASR/WC/A Admin at 4:00 AM