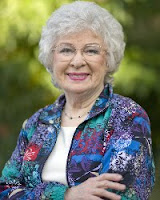 The Long and the Short of It is pleased to welcome Toni Noel, whose latest book Temp to Permanent will be released on June 1 from Desert Breeze Publishing.

Toni was a newspaper columnist in her teens, and when she retired from the accounting department of a government contractor she planned to finally write fiction, her lifetime goal.

"I had no idea where to begin, so I enrolled in a creative writing class offered at a local college. Three weeks into the class on a rainy California afternoon, I was reading when ideas for a novel suddenly disrupted my reading. I hurried upstairs to get those ideas down in a computer file and went right from typing in ideas to writing the first chapter without even slowing down," she shared. "I love that story, and plan someday to revise it and send it out. I didn't know enough about writing then, but I think I do, now, and that story has merit. Some first novels do not. Mine is the story of an abused widow who avoided all men by hiding out in a mountain cabin until she's forced to pulls a near-drowned man from the creek and nurse him back to health."

The first romance Toni ever read was Morning Glory, written by LaVyrle Spencer.

"In it, a down-on-his-luck man approaches a lonely woman and offers to fix a few things around her home in exchange for food. I'm sure this premise has been used in many books, and will be used in many more, but the author had a way of showing the reader the heroine's loneliness, so that every thoughtful act of the hero softens the reader's heart toward him, just as it did the heroine's. Pretty soon the reader forgets that the heroine has taken in a stranger and starts cheering that the heroine has a new friend with whom to share her blessings," she told me. "We no longer care that he might have spent time in prison. We're delighted she's found a soul mate who appreciates her."

Other favorite authors are Elizabeth Lowell, who wrote the Only series and Pearl Cove, and Judy Duarte who writes inspirational books for Kensington.

When it comes to authors or books who have inspired her, she told me that Karen Robards jumps to the foreground.

"She's a terrific romantic suspense writer whose novel Heartbreaker gave me goose bumps," Toni explained."It was so scary I had to dissolve nitroglycerine tablets under my tongue to stop stress-related chest pains while I read, but there was no way I'd put that book down until I'd read the last heartwarming page."

Other authors who touch her heartstrings are Sharon Sala, Elizabeth Lowell, John Grisham, and Nicholas Sparks.

"Debbie Macomber's books stand out for a different reason. Reading her stories is like enjoying a comforting visit with friends," she told me. "Then there's Linda Howard, in a class of her own. That woman has a real understanding of men, and nails her male character to the page. Every so often I read Jim Frey's How to Write a Damn Good Novel again, and I depend on The Complete Writer's Guide to Heroes and Heroines by Tami Cowden, Caro LaFever and Sue Viders for my characters' admirable traits and character flaws."

Creating flawed characters the reader wants to root for is the most important element to Toni.

"Don't give me a macho hero with attitude to read about," she said. "Give me a man who stutters when he tries to say, 'I love you,' and who can't tie his own tie, but who takes his sons camping one weekend a month so his wife can have some time for herself. Let him squeeze her hand for no reason and defend her actions to his mother, but find it impossible to ask his boss for a raise. Let her love him dearly, but want far more than he can provide, then make her become the breadwinner when he has a health scare. Make the conflict so real the reader can't see a way your hero and heroine can ever reach their goals. I remember reading a historical where the couple fell in love, only to discover she was of mixed blood at a time in history when interracial marriages were against the law where they lived. I wept for two days because there was no way that couple could live happily in the South. To my surprise and delight the plantation owner gave up everything he held dear and moved with his love to another state. Author Susan Wiggs did a fine plotting job in that book."

Toni starts off with an idea for a hero and, depending on who he is, she will choose a setting she knows—some place she's visited or lived—for him to reside. Writing the hero is easy for her, while writing the heroine is hard, but once Toni decides on the couple's conflict, the rest of the story falls into place.

"What do they want, and what's keeping them from reaching that goal? If I try to force my goals on my characters, it doesn't work," she said. "I have about a dozen stories started but never finished because I tried to force the characters to conform to my wishes. That doesn't work, my muse always abandons me."

When she's plotting the story, she uses the 50 scenes method and knows the story's resolution before she starts writing.

"My characters sometimes take charge and suggest new scenes," she admitted. "This happened during the writing of Law Breakers and Love Makers, my 2010 Desert Breeze Publishing, Inc. release. When I started writing I had no idea a dog and a verbose parrot would be left in the heroine's care or that there would be a car chase, let alone two."

"What was the hardest part of writing Temp to Permanent?" I asked.

"Keeping the hero and heroine from jumping each other's bones during office hours!" she told me. "He's a temporary secretary, she's his boss, the pull of mutual attraction strong, but both are determined to keep their distance in the office, so I created a diversion, made her suspicious, him over-protective of her, and always on guard in the office until the mystery is solved. I based the hero on the hunky temp I hired to help out in the accounting department at year-end close, a married guy so appealing the female employees, married or not, hung out of their cubicles when he walked by every afternoon on his assigned rounds. I had fun writing this book."
You can keep up with Toni on her blog, http://www.toninoelauthor.com/blog.html
Posted by LASR/WC/A Admin at 4:00 AM