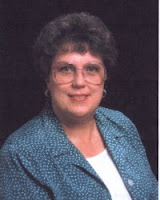 The Long and the Short of It is pleased to welcome Caroline Clemmons, whose latest book Save Your Heart for Me has recently been released by The Wild Rose Press.

"Working as a newspaper reporter and featured columnist was a fun job, but the pay is very low unless you work for a major newspaper," she said. "Wait, the pay for a novel author is very low unless you write for a major publisher. Rats! Seems I haven't progressed very far after all. Sigh. At least I love writing, and am able to write full time--unless life interferes."

"When did you first consider yourself a writer?" I asked her.

"When I sold my first book in 1998. I hate the book now, by the way. When I learned Kensington had begun the Precious Gems line and wanted 55,000 word romance only, I deleted all the suspense from a book I'd just finished and submitted it. Kensington bought BE MY GUEST, but just before it went to press, the Kensington executives decided to cut 5,000 more words from books in that line. The editor had to rapidly make the edits herself to achieve the print date. With all that cutting, to me it reads as if it was sliced and diced, because it was. I'm very grateful for it, though. That publication made me a published author and has sold overseas many times to more than double my initial advance. Receiving that book in a foreign language for the first time was a very pleasant surprise. I believe the first foreign sale was to Portugal."

Caroline begins with her main characters and her villain, if there is one.

"The inciting scene appears in my head like a movie," she explained. "From there, I plot the book, and research. As I write, I take detours along the way, but keep the plot as a road map to which I return. The plotting system I use is Story Magic, taught by Robin Perini and Laura Baker. It may not be for everyone, but it's been a life saver for me!"

It's also important to her that she immerse herself in the characters so she can tell their stories in a credible way.

"This means writing each scene from inside the head of the POV character. Let the reader experience what that character experiences. I've named this Method POV in several articles I written."

Caroline shared with me that she has many books she re-reads. The first she mentioned isn't a romance, but it does have a HEA—she admitted she must have reread it a dozen times and it has taught her more about character arc than anything else she's ever read or heard: Louis L'Amour's Fallon.

"When I wrote The Most Unsuitable Husband, Nate Bartholomew developed painlessly because Fallon was so ingrained in my subconscious, even though the two men initially are different kinds of scoundrels," she told me. "Maggie Osborne's The Promise of Jenny Jones also taught me a lot about character development. If you haven't read it, treat yourself to it as soon as possible. It's my favorite of her books."

Other books she keeps on her keeper shelf and rereads at least once a year are Julie Garwood's Prince Charming and For the Roses and Loretta Chase's Lord Perfect and Mr. Impossible.

"I also reread some of Jodi Thomas' and Amanda Quick's books. I like unusual heroes and heroines, and these authors deliver," she said.

As to be expected, these authors also are included in the list of authors that has most influenced her own writing.

"Each time we read something, I believe it influences us," she explained. "Obviously, I don't mean we plagiarize. Instead, we see what techniques we like and what turns us off or distracts us. Subconsciously we take notes of 'do this to increase pace,' 'do that to deepen POV,' etc. So all the time we're reading, we're also honing our craft. I love to read, so that's my story and I'm sticking to it."

For Caroline, titles are extremely important.

"Not only does it have to relate to the book, it must catch the reader's attention. Imagine Gone With the Wind as What Happened in the Civil War. Would you buy that? Not me, at least not unless it was non-fiction. I look for a catchy phrase that describes something about the book's plot. For instance, in my June 2010 paranormal time travel, Out of the Blue, the heroine leaps off a cliff in 1845 Ireland to escape a mob and plops down 'out of the blue' into a modern Texas lake. She helps the hero solve a mystery with the clairvoyant visions she receives 'out of the blue. Guess what my September 2010 western historical set in 1885, The Texan's Irish Bride, is about. You guessed it--a Texan marries a woman (against his will) from Ireland. Home Sweet Texas Home is about a young woman who longs for a home where she can safely and securely raise her teenaged brother after the death of their mom. Fighting poverty and setbacks all her life, she visualized a lovely home and cash in the bank as safety and security. When she inherits a large estate from a man she befriended, she quickly learns that money is not the end-all solution and many things go into making a home."

When Caroline first started writing, she made a list of several story idea and wondered if she would ever be able to come up with more. She didn't have to worry, however, because she learned that ideas keep coming faster than she can write the stories.

"Now I realize I'll have to live to be 200 just to write the ideas I have, and more keep coming. I'm able to choose those ideas that most appeal to me at the time. 'That's a good thing,' as Martha Stewart says."

On a personal note, her favorite animal is a toss-up between dogs and cats and, if she had her way, her home would be full of both.

"My husband--the one who has to pay the vet bills, food bills, buy the cat litter, etc. is sensible. Maybe it's a good think that opposites attract, and I married a brilliant, wonderful, sensible, patient man."

She does have one dog—a sweet black male Shih Tzu named Webster,

"I would love a white or gray female Shih Tzu also so he'd have company. I'd name her Daisy, not that I've thought about this, you understand," she said. "Dogs love us unconditionally. They're always happy to see us, are loyal, and never criticize us. How could I not love them?"

I wondered what her strangest habit is.

"Oh, there are so many. In our family we prefer to say we're 'eccentric' rather than 'odd,' but we know the truth. I suppose my strangest habit is that I have to eat in sections--first this dish, then the next, then the next, plus I don't like them touching. No fraternization between foods. My eldest daughter says I'm a touch OCD, but what does she know? Oh, yeah, you're right; she has a PhD in clinical psychology."

She prefers to know nothing about the future, even if she could. One of the sayings she really likes is "Worry about the future steals from today," and she believes people should live today as if it were the last day of your life.

"Like I do that," she said. "I'm one of the world's greatest procrastinators. But hope is all we have, so if bad things are coming, I don't want to know, do you? My favorite Bible verse is one I have framed on my computer desk, Jeremiah 29:11, For I know the plans I have for you, declares the Lord. . .plans to give you hope and a future. I'm not saying I don't think about the future, otherwise I'd never start writing a book to be finished later. I mean that I'm trying, with varying degrees of success, to concentrate on what's happening now and not worry all the time. My mom was the champion worrier I've ever met. We kept giving her copies of the prayer Alcoholics Anonymous uses. You know the one that goes, God grant me the ability to change those things I can, courage to accept those things I cannot change, and the wisdom to know the difference. Bless her heart, she was a wonderful woman but she never accomplished that creed. I hope I'm closer than she was."

" Have you ever cried during a movie?" I asked.

"Have I ever! My husband teases me that at a sad movie I get my money's worth and his, too. He swears I cry at cartoons and Hallmark commercials. Totally bogus--just movies. Well, if it's a really touching Hallmark commercial...maybe one with children…or grandparents…or pets or…What was the question?"

She also loves thunderstorms, unless they come with high winds, a tornado, or hail.

"There's nothing like thunder and rain to make me want to curl up with my hubby or a good book. Rain on the windows and roof soothes me. I can't imagine why we don't live in Seattle instead of arid North Central Texas. Oh, now I remember. We were born here and this is where my husband's job was."

And, she's a woman, so of course she can multi-task.

"Remember the old Helen Reddy song, "I Am Woman, W-O-M-A-N?" she asked, rhetorically. "She wasn't kidding, folks. I can jiggle a baby on my hip, talk on the phone, and prepare breakfast. Well, my kids are grown, so I don't have to jiggle them nowadays, and for the past couple of years my husband has done the cooking. You get the idea, though, right? Now I can talk on the phone, answer email, and pet the cat. Does that count as multitasking?"

Finally, I asked Caroline, "What advice would you give a new writer just starting out?"

"Get involved with your local RWA chapter. If you don't live near one, join one or several of the online groups available. Hone your craft. Find GOOD critique partners to help polish your work. This means people who read the genre in which you write and are skilled writers, and who can offer constructive criticism without ever making it personal. Choose only critiquers you can trust, those you know will not plagiarize your work or show or send it to others without your permission. Hopefully, you can find critique partners who are strong in areas where you have weakness and vice versa.

"Persevere. Many good writers give up because it's a hard business. One of my favorite quotes is from Calvin Coolidge. Nothing in the world can take the place of Persistence. Talent will not; nothing is more common than unsuccessful men with talent. Genius will not; unrewarded Genius is almost a proverb. Education alone will not; the world is full of educated derelicts. Persistence and Determination alone are omnipotent. Most importantly, don't let anyone steal your dream!"
You can keep up with Caroline on her blog, http://carolineclemmons.com
Posted by LASR/WC/A Admin at 4:03 AM