In an earlier post, I mentioned the dragons in The Empire’s Edge are an indicator species. What does that mean? An indicator species is an animal (or plant) that shows the effects of environmental change by a noticeable drop (or increase) in population or health. Peregrine falcons are often pointed to as an indicator species in the use of pesticides for mosquito control, for example; DDT controlled mosquitoes well but with each subsequent predation up the food chain the chemical became more concentrated in the predators’ body tissues until at the top of the chain (the falcons) the result was insufficient calcification of eggshells and a severe drop in population. In the case of the mountain wyrms:
“…the climate change was not his imagination. The northlands grew colder each year. The wyrms favored warmer climates and no longer bred this far north.”
Obviously, climate change (let’s not argue the elephant in the room of AGW, shall we? That is not our topic of discussion here) is not in the hands of the humans of this pre-industrial nation; yet an animal that winters in cave systems used by humans for industry is in real peril. When that industry is wrought by a neighboring kingdom over which you have no control, what do you do? Wars were started for less.
I based the mountain wyrms’ plight on that of the insectivorous bats of our world. “Bats? Ew!” you say. Not so fast—how fond are you of mosquitoes? You know, the ones that endangered the peregrine falcons due to how we need to get rid of them? A single bat can eat up to 1,000 mosquitoes in one hour. In the United States, our bat species often hibernate and breed in cave systems. Bat Conservation International (http://www.batcon.org/) has issued a call to action for a solution to “white nose syndrome,” a fungal infection that has killed millions of hibernating bats and is spreading fast—possibly due in part to human exploration of these cave systems as the spores can travel on shoes and clothing. Search their website for information on the dangers of wind-powered electricity generation as well as safety closures of abandoned mines—both are responsible for declines in bat populations.
The mountain wyrms face similar peril. My hero and heroine race to find a solution that will make both sides happy—the state-sanctioned harvest of ore from delicate habitats—needed to support the war effort with a southern border enemy—and the army marching upon them from the north, the Cochet Empire. To the Cochet, the mountain wyrms are sacred representations of their god; if the wyrms die out, so will their culture. Conservation of this important animal must begin immediately, even if it is economically non-viable to do so. Blood will be spilled over it.
*insert rumble of taiko drums* To hear and see a demonstration of kumidaiko by the taiko drummers of Kodo, go here:  http://tiny.cc/pa5t3
---- 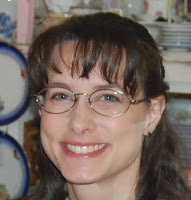 No, Kelly, you are not the only one that loves "bitty bats" as we call them at my house. I especially love fox bats, they absolutely melt my heart when I look at their faces. They look like little red foxes; they're just beautiful. We get bats in our house frequently and I gently catch them and take them outside. My dog got the last one as it come down the steps and she presented it to me, I had to laugh! That one had a tiny little face that wasn't as ugly as the last few bats that came inside. Oddly, a starling was in my bedroom the other day and my son and husband and caught it and took it outside. We have no idea how any of the anuimals get into our upstairs. People think I'm crazy when I tell them I like bats.

I love bats! Also, we have Peregrine falcons in my city. They've built a next atop the power company's smoke stack and return every year. The city has put up a live feed camera.

We have a LOT of Bald Eagles in my area, too. A friend took a picture one day of about 8 or 10 of them sitting in the tree behind his house.

Thanks for stopping by :-)

@Sandy I learned a lot about bats when working with pallid bats at The High Desert Museum in my before-child life. Yes, they have odd little faces but few bats are truly ugly. I think they're all cute!

@Sarah We sit outside at my mom's house next to the river and watch the bats in the evening as they swoop around scooping bugs to eat. We have bald eagles here too [always startling to see one because they're soooo big] but no peregrines--no high cliffs or buildings. We have their smaller relatives, the kestrels and marlins.

Very interesting post! I like bats because they eat nasty mosquitoes and other insects. Living on a farm in the country with a big old barn, we have bats.

Sorry, I'm one who doesn't like the little critters, I like what they do and their function in the ecosystem, but I can't bring myself to like them - they're right in there with snakes, spiders, mice, etc. But I appreciate their efforts.

Bats are flying rodents! I don't like mice and I don't like bats. But I do realize they have a special place in our world, but they need to stay away from me! LOL

My mom and dad's old farm house had a bats roosting in their attic and every once in a while there would be one flying around the upstairs bedrooms. I'd cover my head with the blankets and not sleep all night after I heard it.

My family are fond of bats. Our eldest daughter has listed her acread as a wildlife habitat and has installed several bat boxes. My husband and I have a fruit orchard on our land, and we love the bats that eat pesky insects that would harm the fruit. There's even a bat museum in Mineral Wells, Texas where one can see (by appointment) bats. School groups go on tours there, or so I've read.

Thanks for stopping by, everyone!

@Caroline: fruit orchards play a role in my book as well, with two species of dragon ready to clean out the bugs, one for day and one for night.