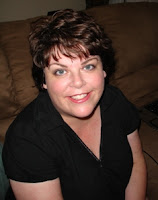 What’s better than introducing a little magic into your life?  Nothing if you ask me!  That’s why I’m pleased to be able to announce the 4th book in my Holiday Magic series will release on April 4th.  No Such Thing brings you a closer look at the mysterious match maker and magical “witch” from Crystal Falls.  Enjoy!
Blurb for No Such Thing (releasing from Lyrical Press on April 4th, 2011) www.lyricalpress.com
When magic fails, sometimes trust and a second chance are all you need.
Magical things are happening once again in the tiny town of Crystal Falls, Indiana. But this time, the source of that magic is in trouble.  May (Malaya) Wiggins, the owner of a boarding house, has been called to task by a member of the Magical Enforcement League.  It seems May’s been practicing magic and nurturing the special spark in others without a license.
Enter Tavian Brightmore—the good-looking, play-by-the-rules Magical Enforcement officer sent to drain May’s energy.  He’s also her former lover and the man who betrayed her ten years ago.
As Mrs. Wiggin’s May Day celebration nears, she and Tavian must learn to interact with each other, regardless of the attraction and anger that sizzle between them—magical and otherwise—before the power-hungry dean of the Institute of Magical Instruction kills them both.
Excerpt from Chapter 1 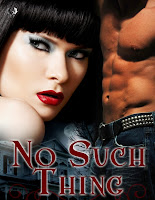 The silhouette of a man appeared amidst a flash of golden light and a thin veil of green smoke. When the air cleared, he glanced about the porch then stepped in May’s direction. “It’s vital that I speak to Malaya Strothers.”
For the space of a heartbeat, May froze. “There is no one here by that name. I suggest you keep looking.”
She cocked her head and gave him a critical once-over. A tick taller than six feet tall, the top of his head almost brushed the roof of the old-fashioned porch. Short, sandy-blond hair fell into soft-cropped waves, a few silver strands sparkling in the afternoon sun. But it was his deep, whiskey-colored eyes that held her attention. She’d only seen eyes like that once before, ten years ago.
May sucked in her breath as recognition dawned. It couldn’t be him. Too much time had passed--and he didn’t know where she’d gone.
“Ma’am?” He scoffed. “I don’t have time to play games. Are you quite sure you’re not Malaya?” A muscle clenched in his chiseled jaw.
“I’m very sure.” As sure as she was that the man before her was indeed the same man she’d run from all those years ago. She narrowed her eyes and stiffened her spine. The inevitable had finally happened. “I haven’t been that woman for a long time, Tavian.” Although she won the small victory of surprise, she couldn’t revel in it when his eyes reflected nothing but cold animosity. “I’ve been May Wiggins since I left the Institute. I have no intention to return to the woman I used to be then.”
“I should have known. You always were a master of deception.” He shifted his weight and reached into a camel-hued briefcase near his feet, withdrawing an envelope. “This is your formal warning. You are under investigation by the Magical Enforcement League for teaching and practicing magic without a valid license.”
“Oh hell. This is exactly why I left.” May ripped the paper into little pieces and tossed them in his face. “Get off my property.” She crossed her arms under her breasts and glared. “If you wanted to dispute my license, you’re years too late. The list of crimes I’ve committed against the
Institute is long and tedious.” She didn’t know what bothered her more, the fact he had finally tracked her down or that the years had been kind to him. He was still as gorgeous now as he had been when she’d known him.
Tavian waved a well-manicured hand at the litter until the pieces became one. “We wouldn’t have minded the small indiscretions, except now enrollment at the Institute is down, largely because of you.”
“You’ll have to enlighten me.” For one long moment, she allowed her gaze to sweep over the black polo-style shirt that pulled taut over his broad chest and lingered over his lightly tanned skin. He hadn’t been that built the last time she’d seen him. She wondered what transpired in his life to drive him into a gym. “I’ve done nothing outside of the rules that would warrant a visit from you now.” A flash of sunlight off his monogrammed belt buckle drew her eye to his slim waist encased in well-fitting khakis.
No good would come from her persistent appraisal of his person. The opportunity for romance in her life had passed her by a long time ago.
“You’ve done everything possible to violate the rules, and now there’s a reporter out there who’s gotten wind of the supernatural goings-on in this town. He’ll come back to Crystal Falls, mark my words.”
“And why is someone’s curiosity being dumped on my doorstep? Isn’t that human nature?”
Crackers! Her attempt at goading him failed, but then it usually took more than one attempt.
His lips twitched but he didn’t display any anger. “Human nature can become a sticky thing. It only takes one person to believe his story, and then what? This town will cease to be the peaceful hideaway you crave.” Tavian moved a few steps toward her. “The first thing I want to know is why the name change?”
For the first time since he’d arrived, May allowed herself a small smile. “It would have been far too easy for the Enforcement League to find me without an assumed name. When I moved to
Crystal Falls, I bought this house. It had been abandoned for years, but I felt an affinity for it and
I took inspiration from the name on the mailbox.” She narrowed her eyes. He had just the hint of a thin mustache on his upper lip. It gave his serious face a playful air--much different from his somber business look of years ago.
“May Wiggins is hardly inspired. You are much more powerful than that simple moniker suggests.”
Unexpected pleasure swirled through her stomach at his praise, but she had learned not to put her trust in mere words--especially his. “Did you come here to waste the afternoon with pointless conversation or do you have an agenda?” She lifted a brow in challenge.
“Always blunt.” Tavian’s expression never changed. He circled around her and leaned a shoulder against the doorframe as if he had all the time in the world. “I can be just as direct. If you don’t stop encouraging magic to bloom in this town, the Institute has given me the authority to drain your powers, whether you give permission or not.”
Posted by Long and Short Reviews at 4:00 AM

Wow the fact that he betrayed her in the past makes for some serious tension in this story. How they progress into rekindling their feelings will be interesting.

Hi Sandra. Waving. Book 4 sounds wonderful. Now I need to get caught up on all your ebooks.
Sue B

I love it when characters have a prior history his past betrayal and their feelings toward each other will make for some great reading .
flanagan@mebtel.net

Thanks for coming out ladies!