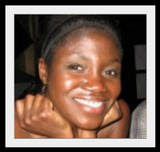 The Long and the Short of It welcomes Nana Malone whose debut novel Game, Set, Match is available through Amazon and The Wild Rose Press.

I asked her to tell us a little about her book.


Set in Los Angeles, GAME SET MATCH is a multicultural romance full of betrayal and passion and reunited love.

Off the court, tennis star Jason Cartwright’s playboy image is taking a public beating. On the court, he’s down forty-love. A knee injury is shutting down his game, and the paparazzi are splashing his love life on every magazine. A comeback is in order, but the makeover he needs to save his faltering career is in the hands of the woman he loved and left fifteen years ago.

While single-mom, Izzy Connors, sees people for who they really are through the lens of her camera, even without it, she knows Jason isn’t the star he appears to be. Although his charm and good looks haven’t dimmed since he broke her heart, all she sees is his wasted talent and playboy lifestyle.

Can Izzy put the past behind her and help Jason get his game, and his image, back on track? Or will the click of her camera shatter his world as well as his heart?
Nana's family is original from Ghana.

"Ghana is in West Africa," she told me. "If you picture Africa like an ice cream cone, Ghana is a little to the left of where the ice cream is about to fall off the cone."

When she was growing up, she wasn't sure what she wanted to be. At one time she wanted to be an MTV VJ, but realized not only would her Ghanaian parents have a fit, but she was too shy to pull it off. Then she thought CIA agent but realized she would have to improve her lying skills.

"Then I thought I’d be great at PR," she said. "Remember my comment about shyness? You see the pattern?"

Nana was working in New York City, working in PR, and hating every aspect about it except the writing when a little book called Bridget Jones's Diary came out.

"It was after reading it," Nana told me, "that I dared to dream I could make a career in publishing. I felt like Helen Fielding understood my voice. I realized that I could bring out my stories too and hopefully make people laugh."

She's been writing eleven years and it took her the first ten to bring out Game, Set, Match. And, it's still hard for her to tell anyone she's a writer, because young Ghanaian girls aren't encouraged to pick professions that are outside of medicine, law, or engineering.

"I hate editing," she said. "I would rather eat snake eyeballs. My brain feels like it’s already done with the book and wants to move on. It’s the worst."

Nana has a day job and a baby (almost a year old), so writing can be a little erratic. She normally steals some time at lunch and when her daughter goes to bed. Her husband, also, helps out some by taking over childcare duties while she writes. When she's not writing she told me she usually "chases after husband, baby, and puppy, and a rowdy bund of engineers who love to be bossed around. (I’m a project manager in my day job.)"

"What was one of the most surprising things you learned in creating your book?" I asked.

"How difficult it would be. I was one of those naïve souls who thought if I had a great concept I could wing the rest. I had no idea about plotting with mythic structure, characterization, the sagging middle, enneagrams. I was clueless. Don’t even get me started on promotion and the business side of writing a book. I had so much to learn. Shoot, I’m still learning."

Being a project manager, it might not be surprising, but Nana makes lists for everything.

"I’m a little over-organized," she admitted with a smile. "I used Microsoft project to plan my wedding."

On a more personal note, I asked Nana, "When you looked into the mirror this morning, what was the first thing you thought?"

"Good God my hair is huge. I just started wearing my full afro to work. No time for hair implements with a new baby. Apparently I was Angela Davis in a previous life."

If she could erase any horrible experience from her life, she told me it would be all the rejection letters she received.

"If we could shred them, then burn them, then perform a voodoo cleansing ritual over the ashes, I would," she assured me.

"What's a saying you use a lot?" I wondered.

"Word 'em up," she responded. "I've also taken to using Oh, Snap a lot. I'm bringing it back." She smiled and added, "I also cuss like a sailor on tequila."

If Nana could know one thing about the future, she would want to know when she would be winning the lottery. "A girl has to plan ahead," she explained with a smile. And, scientists should invent a machine that can add extra time to the day, because she's been waiting ages for that particular invention.

"Keep writing. Attend as many workshops as you can to hone your craft. Banish the naysayers from your life. And get your butt in the chair. The book won’t write itself. Believe me, I’ve tried."
You can keep up with Nana on her blog, http://nanamalone.com/blog/
Posted by LASR/WC/A Admin at 4:00 AM