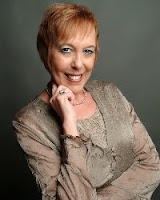 The Long and the Short of It is pleased to welcome Elle Druskin, who likes to say she's the original Jersey girl, born in bred in the Garden State. She's lived abroad in Australia and Israel and has travelled worldwide, including Scotland, India, Hong Kong, and Singapore, and countless other destinations. This travelling, combined with her academic and nursing professions, has proven useful in the backgrounds for her books including the To Catch series and Outback Hero.

She's always been interested in writing and was fortunate enough to have an excellent teacher who served at the advisor on her high school newsletter and yearbook staffs.

"She was an award winning English teacher and journalist and taught all of us about writing and undoubtedly, we all improved," Elle told me.

Even though Elle wrote in different areas from academic to fiction writing and her writing skills advanced through all the different types of writing she did, she primarily considers herself a storyteller.

"You have to start with a great story," she explained. "If you don’t have that, all the writing skills that you possess will not be sufficient to create a novel that engages readers."

This story has to involve conflict, because if the story is dull, clichéd, or boring, all the wonderful writing in the world won't salvage it. The characters have to be engaging to readers, not only the hero and heroine, but the villains and secondary characters as well.

"I found when I was writing Outback Hero, as much as I liked the BJ and Tessa, the hero and heroine, one of the secondary characters, Jessica, became my favorite," Elle told me. "She kind of popped up in the story and I got such a kick out of her because she had her own way of doing things and she made me laugh. I always enjoy characters that can make me laugh. That’s a key point about characters; you cannot force them to do what you want, they do what they want and you might not like some of the things they do but you have to let them do it."

Elements of the craft are not to be dismissed, however, because that is important as well. The hook, building tension, the balance between narrative and dialogue, when to change pov, and solid, accurate research when necessary.

"By that I will state emphatically that sorry, browsing the internet is not solid research. It is a starting point but not the end point. It may depend on the background of the novel but if it requires research, let’s say for historical novels, well, you are going to have to get to a good library and do that reading. Libraries are great places and librarians are, in my experience, extremely helpful. They can help you find things you never thought existed and give you 100% effort and support so be nice to them," she said with a grin. "Ideally, a good college library is the place to conduct that kind of background research reading and the bonus is that you can ask around if any of the staff or students specializes in something that you need to learn about. Some bright spark of a doctoral candidate might be able to tell you all sorts of things that are relevant to your novel and if so, give that person an acknowledgement in the final draft of the book."

She considers herself fortunate in that, being an academic and having a doctorate gave her a very good background for understanding the research process: when you need to read just a chapter of a book, when you need to read the entire book, and where to find the literature required without getting sidetracked.

When discussing which comes first in her own writing, the plot or the characters, Elle said that they actually come together.

"The best characters in the world won't be sufficient if you don't have a solid plot, conflict, tension and satisfactory ending. On the other hand, generally, a plot is not enough if the reader cannot get engaged with the characters. Now, having said that, there are variations. I would grant that for the most part, no matter how great the characters, a mystery has to be plot driven. It's basic because it is meant to be a whodunit and why," she said. "A contemporary romance, on the other hand, still needs a great plot but the characters will be front and center without question. It's a fine balance that has to work together."

When she wrote To Catch a Cop, the first book in her To Catch series, Elle had feedback from different readers before she submitted it.

"A friend who is a romance writer said that it was a romance, a bit unorthodox, but a romance. Another friend who is an experienced editor said, 'What a cute mystery. I never guessed the end.' That surprised me because while I knew I had some elements of a mystery, I thought it was so weak that anyone would guess immediately. I then showed it to another friend who writes thrillers and he said he thought it had elements of a thriller. In the end, I didn't know what I wrote, but all three said it was a terrific read and should be published.

"When I was working on the final edits with my editor, I asked her what she thought and she said, 'Front and center, it is a mystery, someone got killed, so who did it? But, it has all the elements of a great romance novel and definitely some tension that is common to thrillers.' Go figure."

Whichever genre it's placed in, To Catch A Cop has been a consistent bestseller for Red Rose Publishers as a contemporary romance, comedy, and Number One Bestseller for Mystery/Suspense.

"We'll let the readers make that call," she said. "What all that feedback told me was that I had engaging characters, a solid plot and sufficient conflict and tension to make this a reasonably constructed novel that would be enjoyable to readers, and, that's what it takes. One cannot be neglected for the other."

"Not really. In the academic side of my life, I occasionally have students tell me they have writer’s block, so can I have an extension?? Well, how long? What if it takes you a month to get inspired? Six months? That is obviously not acceptable so I tell them, if nothing else, start writing your reference list and maybe thinking about what you read will help you get started, or, just start writing. It doesn’t matter if it’s awful, it will get better but you have to start and it will improve with each revision."

She views fiction writing the same way. Because academics are used to having several articles or book chapters in various stages of development, it's not unusual for them to move from one to the other. This same process works well for Elle in her fiction writing. She has multiple stories in different stages, so if she gets stuck on one piece of work, she will move on to the next one and on to the next, so by the time she gets back to the original manuscript where she was stuck, she has a fresh perspective and she's ready to tackle it again.

Elle just finished the second To Catch book and, as she told me earlier, she's working on three projects in different stages.

"It is meant to be funny and my beta reader said she laughed her pants off so that’s good," Elle told me.

She is also working a book that is coming very easily to her.

"That means it is either very good or very bad, hopefully, the former," she said. "It's tentatively entitled Animal Crackers. I won’t give away too much but it involves a small town New Jersey veterinarian-- a hyper New York woman in advertising who hates New Jersey and is stuck there for reasons explained in the book-- a town full of eccentrics and some very strange animals. I hope it makes readers laugh; that seems to be my voice and style, fast paced, a little loony and funny. If it works, it could be the start of a series based around this town where it is set. That would be fun for me because I can pick up those secondary characters and work with them. I think of them sometimes as packages that used to be left around by Arctic explorers in the event of an emergency just waiting to be used.

"Jersey might be a mile away from Manhattan but people there have their own way of doing things, looking at life and being, well, Jersey. Janet Evanovich does that so well in her Stephanie Plum novels. When I read those books, I often think, yep, I know that guy, went to school with him," she said with a grin. "I am having a blast writing this book; it is so visual to me. Although I have not lived in Jersey for years and lived overseas and travelled the world, the book is sort of my love letter to a Jersey childhood and teenage years and I hope readers will laugh and enjoy it."

You can keep up with Elle on her blog, http://elledruskin.wordpress.com
Posted by LASR/WC/A Admin at 4:00 AM