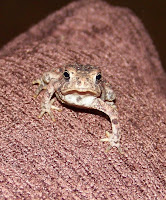 Whether they are a main character, prominent secondary character, hero, villain, or just part of the scenery, animals can play a big part in books. I’ve had most of the above in my books. Funny enough, a toad, raccoon and mountain lion have all made the cut before a deer, though. In fact, twice I’ve had mountain lions…both times they performed a heroic act, though one was by nature in Trust in the Lawe, and the other by choice in my recently contacted book, Shadowed Trust.

I can’t imagine life without animals. We love them and we love to read about them. Who can resist the comic relief of the reindeer-antler-wearing Boston terrier/poodle mix Fabio in Christie Craig’s Divorced, Desperate and Delicious, or the heart-healing comfort of the adorable Cavalier King Charles Spaniel Bliss in Teri Wilson’s Cup of Joe. Then there’s the moody kitty Mr. Louie in Donna Marie Rogers’ Meant to Be.

Even in my books where an animal doesn’t figure directly into the plot, they’re still in the background. Swans gliding on a lake. Birds chirping in the trees. A cat sitting on the porch, its tail lazily swishing in the afternoon sun. They add depth and realism to our scenes and settings.

And when they’re a bit more important, they have the ability to reveal things about our characters that we as authors don’t want to tell the reader outright. You know, the hero with a tough as nails exterior who reveals the wounded warrior’s heart of gold when he adopts the homeless dog who followed him home? Or the horse who listens intently as the heroine confesses her deepest fear? Because animals don’t tell secrets. Well—unless it’s a talking  Mynah bird like in Tory Richards’ All the Right Moves …then you’ve got great potential for the comic relief I mentioned earlier.

In the book I recently contracted, (Shadowed Trust, release date TBA) I have a mountain lion named Sassafrass and a raccoon named Rocky. Sass offers the heroic act, and she’s in there just because I love cougars so much. Rocky will make you laugh. He comes from the raccoon we had one summer when I was growing up. He used to crawl in our sleeping bags with us and help build sand castles. Well…he demolished what my siblings and I built, but we still had fun!

Okay, after all that rambling, it’s time for you to share…Who’s your favorite animal character in a book? And, do you have favorite author for writing animals?

**Everyone who comments is eligible for the prize at the end of the week: ebook or print copy of my new release, TRUST IN THE LAWE. Check out my website for an excerpt of this and my other books.

Stacy, congratulations on your latest book and your recent contract! I smiled as I read about the animals in your stories.

One of my favorite fictional animals is the cat who traded bodies with a woman in "Cattitudes," by Edie Ramer.

I don't have a favorite book with an animal character, but I have read a few that I found touching. The last one featured a hero who couldn't get rid of his deceased wife prissy lap dog, even though the animal was a nasty little bugger.

I haven't written any animals into my stories yet, but I have one I plan to write eventually featuring a rescue dog. My husband and I have rescued three out of the four dogs we've had and they're the BEST pets!

BTW, I love your cover for Trust in the Lawe!

I don't think I've written a book where an animal didn't have a part. In so many ways animals make us more human and humanize us. Jennifer Crusie uses animals in most of her books to show a soft side of her characters. They add a layer to our stories, they add heart. Hey...they add heart to our lives. I know my four cats, one dog, a rabbit and all the wild creatures we feed adds a lot of my own life.

Thanks Stacey for the plug. Your books sounds wonderful.

Hi Stacey! Congratulations on the new book and the new contract.

Loretta Chase wrote a great book called The Last Hellion, and a female Great Dane named Susan figures in it very prominently. She's a great character and provides both heroic behavior and comic relief. And when the dog goes gaga over the hero, it makes inroads into the heroine's well-guarded heart.

Congrats on the release of the book, Stacey! Great topic for discussion.

I love animals, and one of my favorites was the black cat detective, Familiar. Does anyone remember him? Caroline Burnes was the author, and she wrote a whole series around this cat. I miss him.

I love animals in books! All my books feature a dog, and I think it adds an extra something - comfort or a little comic relief! Great post!

I love this topic, Stacey, because like you, I love to have animals in my stories, whether the animal is prominant or not, or even just mentioned. I may have to write about a goofy yet lovable black lab/shepherd mix next. ;-)

And thanks for giving Mr. Louie a plug! I love that sassy feline! LOL

I loved Belle from Edie Ramer's Cattitude so much, and of course I agree that Christie Craig writes amazingly memorable animals. But one of my favorites is that lovable Great Dane, Sugar, you wrote for our anthology, Welcome To Redemption. I can only hope her brother Bo is as well received. Oh, and just wait till your fans read about Benny! Like Christie, you have such a knack for bringing fictional animals to life. :-)

I'm a dog lover . . . so a dog is always going to top my list of favorite animal characters in books. I have, however, always admired the relationship an author reveals between a man and his horse in Medieval and Western books.

I don't recall a favorite author for writing animals, but I do remember I laughed during the story Stobie Piel wrote about a Scottish Border collie, Molly, in her book Molly In The Middle. (Molly was a point of view character in the book.)

Ooh, I'm looking forward to reading about Rocky in Shadowed Trust. Raccoons are tough and smart and absolutely like charming, destructive toddlers :)

First, thanks for all the congrats on the new release and the pretty cover I was lucky to get.

A.Y.--Yes, Cattitude is really good. Edie had such a unique premise in that book!

Sarah--isn't it great when the hero/heroines' soft side is exposed by an animal? :) Very cool about your rescue dogs! If we ever get a dog, it would be a rescue.

Christie--Jennifer's good with animals in her books, just like you! For some reason we don't have squirrels where we live in the country. This winter, we saw one, only the second squirrel in 10 1/2 years and you'd think we saw a mermaid or something. Camera came out and we were following him from window to window. Man, I miss seeing squirrels every day.

V.K.--I've got to check out that book. I LOVE Great Danes--have one in Welcome To Redemption named Sugar.

Sandy, I'm sorry you miss the series. It's never fun when a good thing ends.

Jannine--I agree, all animals add a little extra something. :) Even toads. LOL

Donna--Bo's great, but Bianca might steal his thunder a little bit. In a good way! Besides, isn't that what women do? :)

Wolf Bear--yes, a good man/horse emotional connection is always great in a book. Colton actually has a bit of one with his horse Lucky in Trust in the Lawe.

Mary--you described Rocky to a T. The real one and fictional one. I hope you enjoy him when he finally arrives.

THANK YOU all for coming by today! Animals really are a draw. :)

Oh, I meant to mention earlier... my daughter took that first picture of the toad. He makes me smile every time I look at him.