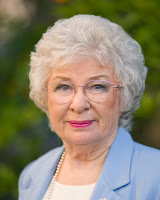 Editing to Eliminate All Passive Writing
Today we're taking a look at what makes writing passive and ways to eliminate passive words from your writing.

When a critique partner points out a passive passage I cringe, but there is no getting around it. Passivity exists. Wases and weres are like worms in an apple. No one notices the worm going in, but it's impossible to overlook once the worm is inside.

I consider passivity an insidious writing bugaboo worth eliminating.

I'll never forget my first exposure to this writing pitfall. While pointing out ways to improve one page openings submitted by RWA members, the speaker at one of the first chapter meetings I attended said, "Never use the word was in your manuscript."

My ears perked up. What could the speaker have against was? I must have heard her wrong.

To my sorrow, I hadn't. Using was and were in your writing makes the writing passive, but editors want manuscripts written in an active voice.

As soon as I returned home from that meeting I began revising my passive, first manuscript. The wases and weres, haves and hases, and any other form of the verb be have a way of creeping into even the most conscientious writer's work. Your job: To weed out as many of these as you can before submitting the manuscript.

Miriam Webster's Collegiate Dictionary's Eleventh Edition definition of passive is enough to convince me to avoid being passive at all costs. (Oops, there goes the be word slipping into my writing.)

… acted upon by an external agency, as in passive exercise.
… receptive of outside impressions or influences.
… asserting that the grammatical subject of a verb is subjected to or affected by the action represented by that verb.
… latent, inert, submissive

That last definition is enough to give any author pause.

No writer starts out to write about inert places, people or events. Readers want to read about lively, fun-filled events, so strive to avoid all forms of the word be. You may not be able to totally avoid it, but your editor will note you tried.

To identify passive words in my manuscripts I use the FIND command in WORD and search for places I've used was, then for were. Wherever possible replace with active words.


Passive example: Ellen patted the mare's soft nose and was rewarded with a muffled wicker.
An active fix: Ellen patted the mare's soft nose. A muffled wicker rewarded her.
And avoid writing in passive voice.
Example: She was talking to Henry while brushing her hair.
An active fix: While talking to Henry, she brushed her hair.
Another: She began to weep.
Instead simply write: She wept. It's more active.
Here's how to get a list of Toni's Search Words:

Send an e-mail from there and I'll attach my list to my reply. And while you're there, check out my latest release, Law Breakers and Love Makers, a romantic suspense available now for download from Desert Breeze Publishing.
Posted by Long and Short Reviews at 4:00 AM

Thumbs up, Toni. Great examples! I have to be mindful of these myself from time to time.!