5 Reasons the Regency is Romantic
No 5 SUBTLE… YET SIZZLING 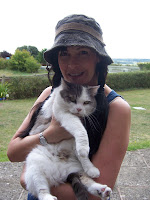 My final reflection on regency romance focuses on courtship, how under the watchful eye of a chaperone, a beau needed a more subtle approach to seduction and how the reciprocating regency miss had to be equally tactful or ruin her reputation… making the chase all the more thrilling.

In this excerpt from A Dead Man’s Debt, during a drawing lesson with Lord Ranulf, Celeste plays the ‘proximity’ card with consummate innocence.

“Very well, we begin. First I will show you how to measure proportion.”
Sitting side by side, the warm press of her leg through her skirts against his thigh was, Ranulf decided, exquisite torture. A curl of chestnut hair escaped its pins, bobbing against her neck and desperately he wanted to reach out to tuck it back behind the shell of her ear. But he resisted, instead barking gruff instructions.
“Hold the pencil thus,” Ranulf extended his arm. “Overlay the tip against the crown of the head…and slide your thumb along to mark the position of the chin…”
His pulse raced a Celeste’s lips parted in concentration. Was it his imagination or was she trembling, her tongue darting between moist lips. His eyes locked with hers, drawn into their emerald glitter, falling deeper under their spell. He heard her breath hitch as her arm drooped down to her side…

Of course once you have hooked your brooding lord, you need to transform him into more husbandly material. And to do this subtle flirtation is required, whereby the heroine reveals the hero’s hidden depths. Celeste illustrates this with admiration in her whispered tones as skillfully she massages the delicate male ego.

At her invitation Ranulf flicked out his coat tails to sit beside her in the shade of the high brick wall.
The sketch was of a handsome man with dark soulful eyes; part rogue, part lost boy. Over his shoulder a horse draped his head, nudging his velveteen nose against the figures chest, devoted and trusting.
“This is me.” Ranulf’s eyes dilated in surprise, “only this version looks …content…at peace with the world.”
Celeste whispered, her words nearly lost of the breeze. “Behind that façade you are a gentle man, in the truest sense. It’s just that you hide it well.”
“That comes,” Ranulf replied with bitterness, “of being a constant disappointment to those around me.”
Her eyes glittered. “How can you even think that?”
“You wouldn’t understand.”
“Try me.” Tentatively, shy as a startled rabbit, she reached across and touched his hand. Ranulf’s shoulders slumped from the sheer relief of human contact.

Part of the appeal of the regency romance is the nuance and gamesmanship. Will the rogue admit he has fallen in love, or is the step too great?

How could a woman affect him so? Ranulf pressed Fable on harder. Startled, the horse leapt forward, all his energy spilling over into the exhilaration of speed. But as Ranulf  transferred his weight to his knees, he  seemed cursed, for even the steady, drumming of a headlong gallop, beat out the rhythm of her name…
Cel-este-Cel-este-Cel-este…
Faster.
She had bewitched him.
Go faster.
Ranulf crouched low over Fable’s neck, the smell of horse grease filling his nostrils, the silvered mane lashing his cheeks. Like a warrior training for war, he recognized weakness and must destroy it. Damn her.


Achieving all this under the watchful eye of a chaperone. Go those Regency rakes and reforming misses, we could learn a thing or two!
What is the most romantic thing someone has ever done for you? Please share it with us in the comments below.

The sensuous historical romance A Dead Man’s Debt is available from most eBook stores including Amazon, Fictionwise, Smashwords and Books on Board.
To find out more visit: http://graceelliot-author.blogspot.com
Posted by Long and Short Reviews at 4:00 AM

I've really enjoyed your series, Grace, thanks. I'm glad I'm also writing Regencies as the men are just so appealing in those romantic clothes!

However, my own personal hero husband is not such a romantic, but it's the little unasked for things he does for me that touch me most.

My now ex-husband bought a quilt I had ooh'd and ahh'd over (his friend's wife had shown it to me) -- I was so surprised when he gave it to me for Christmas that year.
-Vonda