Top Ten List
I’m beginning to feel like a celebrity. I think I see the paparazzi waiting outside. Where are my sunglasses?
Today I want to list my top ten cowboys from anywhere. Let me see, I’ll have to think about that a while. Other than Jarod, Travis, Hank and Holt, the heroes in I Love This Bar, Hell, Yeah, My Give A Damn’s Busted and Honky Tonk Christmas …  my ten favorite cowboys are … wow, how does one keep the list to ten? Okay, I held a contest … and I was judge and jury!
Number 10: Tom Selleck in the Sackett series: I fell in love with Louis L’Amour ‘s Sacketts when I first read them. They couldn’t have cast a better actor to play a cowboy in that series than Tom Selleck. If he’d been around when Louis was writing about the Sackett brothers I’m sure that’s who he’d have patterned his character after.
Number 9:  Sonny (Kiefer Sutherland) and  Pepper (Woody Harrelson) from “The Cowboy Way.” Now those are modern day cowboys who know the value of friendship. And don’t you just love Woody in that scene with the hat?
Number 8: I absolutely adore LaVryle Spencer books! So three cowboys from her romance stories tied for this place. Marshall Noah Campbell in Forgiving; Jesse DeFrayne in Hummingbird and my all time favorite Tom Jeffcoat in Vows. We used to wait all year for LaVyrle’s newest book to come out and we had a wake when she decided to retire. But her cowboys will live on in our house forever. I’m thinking it might be time for another LaVryle marathon. Bring out the chocolate and the books!
Number 7: Frederick Weller who plays Marshall Mann in “In Plain Sight”. That cowboy walks tall in his boots and he talks real slow. And he pays attention when a lady talks. What more can a woman ask for?
Number 6: I’ve got a tie here because these two cowboys both played in “Maverick.” So let’s hear it for Mel Gibson and James Garner. And they can play poker as well as rustle cattle and look like sex-on-a-stick the whole time they’re running a con.
Number 5: George Strait. He wears his jeans right, as well as his Stetson hat and his boots and he can sing. That’s the whole package wrapped up in a western shirt and Wranglers, there!
Number 4: Timothy Olyphant who plays Raylon Givens from the television series, “Justified.” He’d make a holy woman’s pantyhose crawl down around their ankles. I’m not sure if he walked in the door if they wouldn’t have to put suspenders on their under britches to keep them from falling right down on the floor.
Number 3: This place goes to Alan Jackson who sings “Honky Tonk Christmas” among dozens of other country songs; and is the inspiration for the last book in the Honky Tonk Series. He’s as pure cowboy and country as they make ‘em. Someone puts coins in the juke box at the Honky Tonk and you can tell that’s a cowboy without even lookin’ at his cute little mustache or his old worn out jeans … you can hear it in his voice.
Number 2: Toby Keith, a fellow Okie, who sings “I Love This Bar.” He’s the inspiration for the first book in the Honky Tonk series. I do like that cowboy’s songs including “Honky Tonk U”, “Beer For My Horses,” and “Should’ve Been A Cowboy.” Gotta love his hat, too: a guaranteed-one-hundred-percent workin’ cowboy’s straw hat!
Number 1: Drum roll please! My two favorite cowboys who have reached the number one spot on my list are my son, Lemar Brown, and my son-in-law, Todd Morgan, who are both real cowboys! They ride horses, wear jeans and boots, talk slow and, darlin’, I do believe both of them strut in their sleep.
About the Author 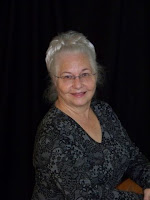 Carolyn! You know I love you, and I even understood about the "pickled pig" incident : ) I agree with most of your list, especially Tom, Tim, and Jim, but how could you not include Sam Elliott on your list!!!

Dammit! I knew I left one out. Sam is one of my favorites ... love his voice and his swagger ... and even his gray hair! He should have been right there as a tie on the number two spot!

I agree about Sam Elliott; a great list also.

robynl: Please don't tell Sam I left him out. It would hurt his feelings after I've bragged on him so many times in my blogs!

What a miracle worker you are -- listing 15 awesome cowboys on your top ten list.

Loved the personal touch -- adding your family to the list. Lemar and Todd must be incredible to get tops honors on such an outstanding list.

Wolf Bear: Well, there were some ties in there and listing just ten is damn near impossible! And yes, ma'am, my cowboy son and son-in-law are awesome men!

Carolyn, that's a great list - but you forgot Clint Eastwood. I know he's grumpy, but he's my favorite!