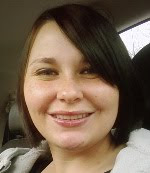 The Long and the Short of It is pleased to welcome Chastity Bush whose latest work A Taste of Terror, book two in the Guard My Heart series is being released tomorrow by Muse It Up Publishing. She also has another book coming out in March, Passions Bite.

I asked her to tell us about A Taste of Terror.

It is a paranormal romance, my favorite to write, and I am hoping that this one will be big! Cole Douglas is a Guardian and as such, it is his job to protect all living beings, mortal and immortal alike from rogue immortals. When he is sent in search of a rogue werewolf who has been turning and leaving young women, the last thing that he expects is to find his mate. But when nurse/newly turned werewolf Chloe Dunn attacks him, what he thought would be a simple assignment takes a dramatic turn as he recognizes her as not only his mate but the key to finding the very rogue he was sent to kill.
Chastity has always been an avid reader and the thought of writing a book had briefly crossed her mind. Her husband, though, is the person who actually pushed her to do it. Since he believed she could, she took the chance.

"I had had an idea in my head for a long time and did not believe in myself enough to actually try to make it into something. If he had not prodded me to start writing I am not sure that I ever would. My goal is to write until someone big picks me up and he doesn’t have to work anymore. He is always telling me that I will be a bestseller one day, I hope he is right!" she told me.

They have two daughters, ages ten and six, who love to be outdoors, so when Chastity isn't writing the family is outside doing something.

"We do everything from ride four-wheelers, go fishing and even take care of the lawn," she said. "There are also the rainy days when we watch movies and play video games but in the end, we are doing things together."

When it comes to Chastity's works, the characters, and what they are, always come first. Once she can figure out their personalities, traits, and characteristics, the story itself is easier to put together. And, on the days that a block goes up and she can't even put one sentence together, she has learned to just step away from the story for a day or two. She will read, clean house, or do anything that will keep her away from staring at the screen and fretting over what to write next.

Chastity has written and published four books and told me that, if she had to pick a favorite, it would be her contemporary The Guarding of Eden.

"As much as I love to write paranormal, this story was so fun to write, the characters so real, that it sticks out as my favorite," she explained.

Even though she has all these books published, she admitted she's not sure she actually considers herself a writer just yet.

"Even though I have books published and I spend almost everyday trying to promote them and write more," she said, "I have not seen much of an income and I consider being a writer a job. So, when I start to see a good income, get fan mail from readers and so on, then I will consider myself a writer."

One thing that has surprised her in creating her books was that no matter what kind of idea you have in your head, it can and usually does change in the creation of the book.

"Instead of you leading the story, the story leads you and sometimes it is in a direction that you never thought you would go," she told me.

"What do you want to know about the future?" I asked.

"If my husband is right and I will make it big. I know how selfish this sounds but I don’t want this for me. I want it for my family. My husband works so hard and I want him to not have to."

~~she has to sleep with a nightlight on, even though it drives her husband crazy.

~~her heritage is a mix of Irish, French, Dutch, and Apache.

~~when she gets out of her truck, the radio has to be set to a certain station and her car mats have to be perfectly straight.

~~her favorite television shows are Dexter and True Blood.

"If you could wish for anything," I wondered, "what would it be?"

"I would wish that my children and husband would never have to worry or want for anything. My family is my life, I love them so much."

"Research the publishing house that you are sending your manuscripts to. Sadly, there are houses out there who are not out to help the writer and get away with taking advantage of them and all of their hard work. That was what happened to me and my first book and I am still fighting to get the rights to that book back. I don’t want to see that happen to other aspiring authors."
You can keep up with Chastity on her blog, http://chastitybush.webs.com/apps/blog/
Posted by LASR/WC/A Admin at 4:00 AM