My Take on the Vampire Myth 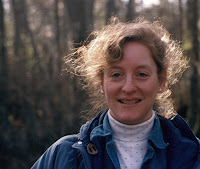 In yesterday’s blog, I talked about the existing mythos of the vampire. Today, I’m focusing on those elements that I worked into the fictional world I created for my paranormals. Like other authors, I took a selection of the familiar characteristics and expanded on them for Vampire Protector.
In my fictional world, vampires have many of the common traits, habits and weaknesses we all know and love, including:
·         Sensitivity to sunlight
·         An inability to enter a dwelling unless invited
·         Vampirism is only spread if the victim is both bitten by a vampire and drinks that vampire’s blood
·         Beheading and staking will kill a vampire
·         Vampires fall into a petite mort or little death during the day
·         Vampires cannot cross running water
But they also have some small twists on the old myths.
My vampires are also sensitive to “liquid silver” in the form of mercury, aka quicksilver. (Interestingly enough, Vampire Protector introduces a minor character called Quicksilver, who slays vampires. I’m working on her story even as you read this.) Silver is often touted as inimical to your basic creatures of the night and evil in its various forms, so it seemed to me that quicksilver ought to also be dangerous to them.
Extending the effectiveness of sunshine as a vampire-killer, I also made them intolerant to the wide-spectrum “daylight” light bulbs used for indoor gardens. After all, if they include the entire range of light, they must have some impact, even if it is only slight.
Finally, I elaborated on the idea that vampires cannot cross running water and gave them an inability to tolerate sea water. That trait seemed like logical extensions of the mythos, since the ocean is the ultimate form of running water. And the sea is nature’s “cradle of life” and therefore the polar opposite of all things dead. I would imagine that the ocean is supremely inimical to vampires.
With luck, these slight twists will make Vampire Protector a slightly different take on the vampire myth.

In this excerpt, Gwen and John are brought before a master vampire. The master wants their cooperation, and he is willing to torture them to get it.
“You should have stayed with us, John,” Martyn Sutton remarked, shaking his head. “Always follow the ones in power. You know that. But you was always dead set on independent thinking.” He nodded. Three of the vampires forced John’s left arm to straighten.
Slipping the blade under John’s cuff, Martyn gave it one sharp jerk. He slit the cloth up to the elbow. “Sorry, mate.”
“What—” Gwen stepped forward. What were they going to do? The knife clicked in Martyn’s hand. Cut John? Cut off his hand?
“Quiet!” Atoan nodded to the men.
They held John’s bare forearm under the light.
At first, nothing happened. Gwen exhaled. They’re just making some bizarre, abstract point that only another vampire would understand. It’ll be okay.
Then, John’s arms and shoulders bunched. He jerked back but the other vampires pushed him back into position. His face tightened as a faint tendril of smoke arose. A flutter of sparks swirled through the light. John’s face grew pale as snow.
He was burning! Her hands clenched, the fingernails biting into her palms. The vampires on either side of her stepped closer, gripping her in more tightly.
“Daylight in a bulb,” Atoan said. His eyes glimmered with humor. “One of the more interesting inventions of late, yes?”
John grimaced with pain. His lips curled back, baring his long incisors in a terrible expression of animal rage.
Panicking, Gwen kicked at the men holding her.
After a vicious punch to the crotch of the one on her left, she twisted away. The air reeked of burning flesh. John’s arm sizzled black. Sparks ate outward from an oval the size of an ostrich egg in the center of his forearm.
His lips, pressed in a taut line, tightened, edged with white. He focused a gaze of sheer, anguished hatred toward Atoan.
She couldn’t stand seeing his pain.
“Stop!” Gwen ran toward the table.
Thanks!
Amy Corwin
http://www.amycorwin.com
Posted by Long and Short Reviews at 4:00 AM

Clever, clever use of light. You have a fantastic writing style.

I like how you approached this novel and all the research you did. Enjoying your excerpts too.

Vampires not being able to cross running water has always fascinated me. I always thought it had to do with them being earthbound and running water represents that barrier between the living and dead.

Good luck with this latest release. It sounds good.