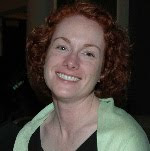 The Long and the Short of It: LASR is pleased to welcome Brenda Gayle, here to talk with us about her debut book Soldier for Love.

I asked her to tell us a bit about it before we get started.

My current release, Soldier for Love, is a contemporary romance in which a newly promoted commanding officer takes charge of her first overseas command only to have everything start to unravel when she discovers that one of her troops is the handsome Native American who has just left her bed. And then she’s kidnapped by a deranged voodoo priest.

Although fictional, the setting for Soldier for Love was strongly influenced by Haiti's geography, history and culture. I am donating 25% of my book and eBook royalties from it to the Haitian relief and reconstruction effort; it is my way to give back to the men and woman who allowed me to share their world during the researching and writing of the book.
Brenda admitted it was a bit of a cliché, but told me she was always the geeky kid in class who was always thrilled when the teacher would give them a creative writing assignment. In high school, she and a friend would entertain themselves by starting with the same sentence and going off to write their own stories.

"It always amazed me how different they were," she said.

She earned a master's degree in journalism and spent over twenty years in corporate communication.

"However, about five or six years ago, I started to feel like my creative muse had abandoned me," she told me. "I couldn’t blame her. She was probably as tired of annual reports, press releases and magazine articles as I was. I returned to writing fiction as a way to re-ignite my creative juices. Unfortunately, with family and work responsibilities, writing for me was always last on my to-do list. Then, a friend suggested I take it seriously; treat it as a writing assignment and write for publication. I joined my local writers’ group and never looked back. I completed Soldier for Love, my first full-length contemporary romance, and was thrilled when The Wild Rose Press wanted to publish it."

One interesting element in Soldier for Love is the incorporation of hummingbirds, Brenda's favorite animal. She finds them fascinating and used them as a metaphor for the heroine, who is strong and resourceful, yet beautiful and feminine at the same time.

I asked Brenda if she ever suffered from writer's block and, if so, how she handled it.

"I’m deadline-driven. I think it’s my journalism/corporate communications background. When I have writer’s block I set a deadline for myself and just plough my way through the story figuring I’ll eventually get to a place where it will all make sense. Then I’ll fix it in revisions."

Another one of Brenda's books is a contemporary romance series called Hearts Desire featuring the Graham cousins. The first book, "Hungry Heart," is set in Santa Fe, New Mexico.

"Because I live in Canada and it’s cold up here. If I’m going to spend months living the lives of my characters, I want to be somewhere warm. The story is about a burned-out child welfare advocate who decides it just might be time to spice things up with the city’s hot young celebrity chef, but she’s unaware of a dangerous secret in her past that could send their future up in smoke."

Brenda told me that she thinks one of reasons she likes this particular book so much is that she and the heroine have similar personalities.

"She’s a dedicated child welfare advocate and a bit of a workaholic who is out of her element socially. She has strong convictions and will defend them, particularly as they relate to her work, but she isn’t as confident in her personal life. Plus, as she approaches her 35th birthday, she’s starting to wonder what she’s really accomplished. My heroine is at a point in her life that I was ten years ago. I’m hoping she deals with it better than I did," Brenda told me.

The hardest part of writing for Brenda is the middle of the book.

"I have no problem writing the first 125 pages and the last 125 pages," she said. "It’s the middle 150 that cause the most trouble. It’s not that I don’t know what’s going to happen, it’s just that I find myself doing anything other than writing. This past winter, I even opted to spend six hours waiting for a H1N1 flu shot rather than tackle a scene. But once I do manage to slog through it, I just race to the finish."

Brenda shared with me that when she's plotting or brainstorming characters, she has to do it with a pen and paper—not on the computer.

"I think there is some creative link between my brain and the physical act of writing," she said, "which is strange considering my penmanship is so poor it's almost illegible—even to me. I can type well over ninety words a minute, so you'd think it would be easier to do it on computer, but no."

When she was a teenager, she was in love with Donny Osmond and he had a really cool way of making his y so that it underlined his name.

"I tried to do this for a time, but it only ever ended up looking like a mess," she said. "What has happened over the years, however, is I’ve removed the top part of the y completely so all I ever do now is a straight line going down and a funny loop under the few letters that precede it. My penmanship drives my husband crazy when he tries to decipher the grocery list. I think it makes things interesting because I never know what he’s going to bring home for dinner."

"Who is your favorite author and why?" I asked.

"Can I only pick one? If so, then I’d have to say Diana Gabaldon. She has a way of bringing history to life--plus there’s Jamie Fraser."

Some interesting things you might not know about Brenda:

~~She hates how she looks in pictures, so much so that she usually insists on holding the camera so she has an excuse not to have them taken. This wasn't a problem until her kids started school and needed family photos for class projects. "I’m sure the teachers thought my kids were being raised by a single father because there were no pictures of me at all," she said.

~~She's hard-pressed to think of a movie she hasn't cried during. "It doesn’t take much to bring on the waterworks," she explained. "A mother hugging her child, a man expressing his love. I’m such a suck!"

Finally, I asked, "If you could wish for anything, what would you wish for?"

"For my children to truly believe that anything is possible. In many ways, that’s why I’ve shifted my focus away from corporate communications and am spending more of my time writing fiction. It’s important for me that they see me working hard on something that I love, rather than being harried and irritable on something that I feel obligated to do. I want them to know that they can pursue their dreams, too."
You can keep up with Brenda on her website, http://www.BrendaGayle.com
Posted by LASR/WC/A Admin at 4:00 AM