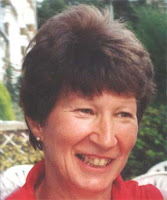 A week later I was still puzzling over Gina William’s unexpected visit and her continued silence since then, when ‘hunk of the month’ stormed into view. I weighed up the lowered brows the determined chin and the raven-black hair that curled over his shirt collar. Who, I wondered, would want to read about a couple of aggressive self-determined characters like these, and waited.

“Don’t you talk about Gina that way!”

What! I cast back in my mind to discover what this guy was talking about, and came up blank. I didn’t bother to hide my aggravation at his tone. “And you are?” I don’t do sarcasm very well, and he knew it, damn him.

“Ben Kouvaris.” He used the combination of his height, wide shoulders and deep dark chocolate voice of his to intimidate me. Another character, turning up in my consciousness, sparking fury. Where did all this anger come from? I reached for nonchalance as though grabbing the tea caddy from the cupboard.

“What is Gina Williams to you?” I’d started work mapping out ideas for the first chapter a couple of days previously. “You had to ask your mother’s solicitor about her. Not that he knew any more than you did. I mean,” I paused, and watched the temper in his eyes all but implode. “It’s a month since you first saw her and you’ve only just discovered her identity. Apart from her name and her occupation, what more do you know about her?”

“I know,” he said slowly, as though speaking to a delinquent child, “… that she’s the woman I intend to marry.”

I laughed. I couldn’t help it, but stepped back a pace when he leaned towards me.

Once more my scorn dissolved into little more than a squeak. “You seem very sure she will agree.”

“I am.” His bald statement triggered Gina’s words. ‘I’m being stalked,’ she’d said, last week, just before she departed. Was Ben Kouvaris her stalker?

“I am wealthy beyond your imagination, why wouldn’t she agree?”

“Because she has integrity?” I asked, sweetly.

“You scoff. But wait and see.”

His harsh voice faded with his image.

talk about being sure of oneself so quick. Go Ben.

robynl, there was a great deal of 'mouth' going on there. He'd do anything to please his father and assumed because he was doing his father a favour everything else would fall into place.
Needless to say, Ben had lessons to learn.
Rather than give too much away, tomorrow I am talking about something completely different. I do hope you'll come by to find out more :-)

Great excerpt, Sherry!
Best of luck to you with your new release!

On this is going to be a good one. Got it on my wish list.

OMG that is tooo cute. And Ben sounds like he looks hott!

Anne, Thanks for coming by, I'm delighted you are finding Gina and Ben enticing.

Terra, I hope you enjoy it when it reaches the top of your wish list.

:-) I can only agree Knicole