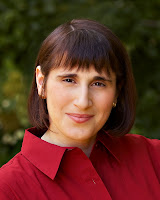 After I finished my fourth manuscript, each one set in very different story worlds, I stepped back and scratched my head noticing similarities. Authors all have them, those predispositions to touch upon certain themes or ideas in our writing. Although I’d written a contemporary fantasy romance, Ruling Eden, a traditional, as of yet unpublished darker fantasy, and a spicier post-apocalyptic story, each world featured a portal or gateway pivotal to that story. Protagonists had to make life-altering decisions to step through these gates to new existences.

Gateways are the perfect metaphor for possibilities of change, second chances, and rebirth. They represent a moment of risk, leaving someplace known and entering the unknown. Very scary. Equally as exciting. In other words, an ideal tool for a writer to thrust a character into new situations. So that’s what I did. In Ruling Eden I took my heroine, Rachel Rieh, an ordinary street tough woman from Boston, and forced her to step through that portal to her new existence, Eden, where she turns out to be the queen of seven supernatural races on earth and the most powerful magical being on the planet. Actually, all she had planned to do the night this fell into her lap was hunker down with a stick of chocolate chip cookie dough, but you know how it is with life’s little unexpected surprises (grin).

Here’s a quick excerpt of Rachel’s experience stepping through this portal later in my story as she’s traveling to the dragon realm:

“Walking through the portal mists was as strange as the first time. But now, the mists tried to embrace me, as if they were alive and attracted to the magic in my body. The potential of the universe echoed around me. Other things were out there. I felt it. But the unfamiliar power of the portals defied connection to the earth. I swear some other intelligence reached out and scanned me, seeking to identify the stranger in its midst. My stomach lurched at that awareness, and I exhaled in relief as we left the portal behind”

My character was already dissatisfied with her day to day. Lonely and feeling out of place. Leaving her predisposed to step through into Eden’s Court and her new life. But in the real world, change is mostly scary. Even situations with which we are unhappy are sometimes easier to accept than taking a risk on something new. But what happens if a person is confronted with a physical manifestation of other possibilities? If you woke up with a big old portal shimmering and swirling in front of you, would it be easier or harder to take the risk of change? A gateway is certainly more seductive than the run of the mill invisible, unquantifiable choice a person has to make to embrace change.

Alternately, gates are fortifications of defense or protection. Places we can lock ourselves behind to prevent incursion, whether into a geographic location or metaphorically into our most private selves. Opening them means risk of being invaded. There are a plethora of stories involving protecting the world from invasion by forces locked behind these gates, be it demons or any other BIG BAD EVIL. Heroes and heroines move heaven and earth to keep those gates from falling. They are defenders of the status quo, true, but can be just as noble as those characters that embark on a romantic quest by stepping through a gate. They are equally noble because they are defending all of the messy, imperfect but valuable life of their own known worlds.

I made the image more confusing in my second novel, Surviving Eden, where the transition through the gate itself becomes its own universe, an in between location if you will. It turns into a big scary deal, but you’ll have to read the book to find out.

Many of the paranormal, fantasy and science fiction novels I read are replete with one variety or another of portal or gate. And not just in a traditional sense. Pentagrams, time machines, pyramids, crossings down to underground or undersea civilizations, airports, wardrobes, space anomalies, and even books and paintings. So, here’s my bottom line question. What’s your favorite gate or portal in a work of fiction? Does it represent taking a risk or the defense of hearth and home to the protagonists of that story? Do you have a predisposition to stories with one type of gateway or another?

If you want to learn more about me, my heroine Rachel, the eerie portal she must cross, or my books, Ruling Eden and Surviving Eden, please visit my website at www.MichellePicard.com. And if you have a really cool picture of a gate or portal or whatever you consider a transition point, send it along to me at the contact address on my site. I love to collect these types of images and will post them on my blog.
Posted by Long and Short Reviews at 4:00 AM

Another interesting blog. You are obviously very comfotable writing in first person. Was that a conscious choice or is it the 'way it worked out'?