Ignore
Edit Word
However it is debased or misinterpreted, love is a redemptive feature.
-- Jeanette Winterson
The world that Ami and William inhabit isn’t one that we’d recognize if we had access to a time machine. Parts of it might seem familiar, sort of like running into a childhood friend when we’re well into our middle ages, but how most medieval people saw the world is very different than how we view it. 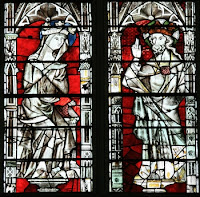 For instance, if something goes bump in the night, we might think it’s an intruder or the cat. Our medieval counterpart might assume it was the cow (often sleeping in the house) or the restless spirit of a condemned sinner. If we see a UFO we think alien not God, and we’d never assume a demon was responsible for that dream involving Brad Pitt and Clive Owen.
In other words, a supernatural explanation wasn’t really considered “super” natural. So when Ami discovers her magical abilities run “in the blood” she doesn’t immediately think the bearer of this news is insane. Magic is real, if mostly condemned, in her world.
But magic isn’t all that threatens Ami’s happiness.
Ami’s marriage has been determined before she could crawl. She will marry an earl’s second son. Given the mortality rate in those days, no one would blame her father if he assumed that his grandsons would likely inherit the earldom. So with this marriage, Ami could take the family from being poor knights in the political backwater of Ravenglas to major landholders in England and France with the power to shape a king’s decision.
For William, contracts are to be honored; marriage is a business arrangement designed to strengthen the family and provide heirs that will rise higher than their forebears. Breaking the contract would dishonor the family, and even if he were willing to destroy the family name, the terms of the betrothal agreement rob him of Ravenglas if the contract is broken.
William fears that he will not be strong enough to give Ami up in the end, and she is terrified that he will be.
An excerpt about magic:
She stood in front of the small window. Moonlight fell around her, casting her in shadows and a silver glow that took his breath. Her hands were out, palms up, fire flitting from one to the other like a besotted butterfly.
Turning slowly, she faced him. Confusion and pain marred her expression.
The small flame continued to flutter back and forth. A draft blew through the room, fragrant with loamy scents of night and rain. Ami didn’t speak, merely stood as if waiting for him to pronounce judgment.
Each muscle in her body stiffened as he stepped closer. The fiery butterfly fluttered higher over her hands, throwing a small circle of light around the room.
She met his gaze with fury and pain and thrust out her hands, the butterfly exploding in a flash of flames.
An excerpt on marriage:
Ami turned to face William. Her cheeks were flushed with excitement, and her grin crinkled the corners of her eyes. His breath caught. His body tightened. She looked like a bride the morning after the ceremony.
“Do not be a fool, my friend. Keep her.”
Keep her.
Aedan’s beguiling words buzzed in William’s ears, tempting him, but William knew they offered a hollow promise. He had expectations to meet and responsibilities to bear. Land and people to protect. Lords to serve. Whatever his bloodlines, Aedan wasn’t raised among nobility. He had no idea of the sacrifices it required. The strength of his family provided food, clothing, and luxury goods for a hundred families, maybe more by now. Not even his life was his own to spend as he wished. He must wed for Ravenglas, fight for it, die for it.
“I will do as I must.” 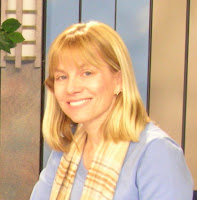 Love is such a cool way to be redeemed. Toss in a handsome strapping man and a little magic and forbidden love, and you have all the makeup of a great story such as your Enthralled.

I'm honored to have read your book and proud to tell the world that it is a super read.

Keena,
What a tease you are. A very nice excerpt. I agree - back then in those times, they were more accepting of supernatural explanations.

Keena, you have very appealing characters. William is a true hero. The conflict in your story is amazing and will keep the reader on her toes. I haven't read your book yet, but I will be taking it on my next vacation--in three weeks--to relax and enjoy a fabulous story.

Thanks so much, Maggie. The Beatles had it right. In the end, Love is all you need. :-)

Steph,
Thanks for coming by. Our Medieval counterparts really had a different way of looking at the world. I stay focused on the commonalities when I can.

Have a wonderful vacation, Mona! I'm thrilled you'll be taking Enthralled with you. I hope you enjoy reading it as much as I loved writing it.