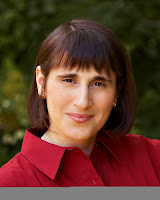 SURVIVING EDEN
I’d like to kick off this week of blog posts by introducing myself. I’m Michelle Picard, and I write fantasy romance. I have two books out now in my Eden’s Court series, Ruling Eden and Surviving Eden. I call my stories contemporary romantic fantasy because they’re a blend of the typical first person tough female voice you might hear in urban fantasy, are technically set on current day Earth, but not in any place or city with which readers are familiar.

I loved creating my version of Eden, a realm that is tethered to the mundane world like a balloon floating over the planet tied to the ground by a string. So it has the feel of a fantasy world of its own, yet the benefits of a strong tie to Earth culture including language, norms and mythology. Below is the blurb for my new release, Surviving Eden, which should provide enough of the flavor of the entire series premise to give you an idea.

Rachel Rieh wields enough magic to make a goddess jealous, or so she learned three weeks ago when she thought she was an ordinary, reclusive, and short-tempered gal from Boston. In this second story of Eden’s Court, Rachel, now the new ruler of the Kesayim, (angels, demons, dragons, faeries, vampires, shapeshifters and witches, the goddess-created protectors of mortalkind) finds herself faced with the task of stopping vampire hunters from annihilating the vampire race. Her lover, Gabriel, half-angel, half-demon, stands by her side to help if she can escape her obsession with protecting him at all cost.

Earth is already on the verge of destruction within six months because magic is out of balance. The new threat to the vampires destabilizes the situation more. In her race to save the vampires, Rachel meets Lillith, goddess, creator of all Kesayim and humans, and the one with all the answers to Rachel’s problems. But is the cold-hearted goddess intent on changing Rachel into her image the greater threat to Rachel and everyone she loves?

The action of this story and my previous includes the political and personal scheming and intrigue between seven different paranormal/fantasy races—angels, demons, vampires, shapeshifters, witches, faeries, and dragons. That leaves lots of room to create interesting characters. But what I’ve appreciated more after writing these books is my most non-traditional characters--specifically, the Garden of Eden itself as a character. The Garden is a sentient non-humanoid force that plagues the heroine, Rachel. Yet, it is enamored of her, and aids her to the best of its ability. It’s not above causing mischief, but the Garden enhances her magical kick. It exists as a rich, verdant space of indeterminate size, contracting and expanding as needed, with every type of plant organism in existence. Mythical beasts wander inside its confines like the unicorn, and a little known beast that eats nightmares called a baku.

Below is a brief excerpt from the opening of Surviving Eden that features the Garden.

Walking through the lush beauty of the Garden of Eden was meant to be inspiring, stimulating, a damned orgiastic delight for the eyes. This morning it was only annoying. Mostly because I was late for my first official diplomatic visit to the vampire realm, and fuming because the path through the garden refused to cooperate and lead us to the appropriate portal.

But the garden, its exotic sentience plucking at my mind, riffling through my thoughts and twittering its opinions--always a spine-tingling sensation--preferred to shift its dimensions and keep the elusive portal far from me and my companion. I would have questioned its motive, but I doubted it practiced anything but an amusing propensity for stirring trouble.

The Eden I strode through wasn’t anywhere on twenty-first century mortal maps of earth; more like a parallel realm snapped out of normal space, disconnected long ago by the goddess who created us all. Same as the home realms of all of the seven Kesayim peoples. Unfortunately, the garden had never recovered from its upset over the separation and tended to become testy at the oddest times. Oh yeah, PMS had nothing on this paradise when it got in a snit.

And now I had to negotiate its moody walkways and get to my destination or else. Without all the Kesayim races stable, including the vampires, I had no chance of uniting them to prevent the literal destruction of our world.

Creating non-traditional characters opens me up to possibilities. These characters don’t have to come close to thinking as we do. A reader will never completely understand them. But it’s a fantasy writer’s dream to play with these entities. Kind of like creating your own alien race, but without any size or shape or physics limitations.

I’d be interested to hear about the most unusual non-traditional character readers have discovered in their book travels. If you think you have one that stands out, feel free to email me at michelle@michellepicard.com and I’ll mention it on my blog. Or just post it in some random comments on my blog at http://michellepicardsblog.wordpress.com.
Posted by Long and Short Reviews at 4:00 AM

I have a high respect for writers who create their own worlds and populate them with strong and believable characters.
While fantasy is not my prefered genre, it atsounds me the depth of iamgination fantasy writers have. At one time I equated fantasy with the lack of need for research, but am finding out how wrong that assumtion was. :-)
Best wishes with your new book.