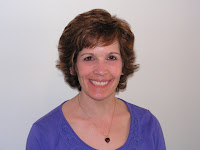 Haven’t We Met Before?

The characters in my romance novels have similar attributes. They’re not carbon copies of each other, but there do seem to be similarities. While the ages vary from twenties to thirties to forties, physically, they have a lot in common.

Sometimes you’ll hear of an author whose hero or heroine resembles him or her. When I start a book and read the physical description of a main character, sometimes just for fun, I’ll jump to the back of the book to see if there is an author photo. It’s amazing how often I’ll see something of the author in the character, whether it’s bright blue eyes, long blond hair, or a slim build.

I’m no exception. My heroines resemble me in one form or another. Most of them have short dark hair, large brown eyes, and are often klutzy. And they are always quirky. My heroes more often than not are tall with dark hair and eyes. You could look at my husband’s picture for that.

However, there have been times when I’ve checked the author’s photo inside the back cover and saw nothing of the characters in them, at least physically. It’s entirely possible, though, their personalities could be alike.

For some authors, writing is an escape from everything they are in real life. Their characters are polar opposites from themselves. They strive to put as much distance between themselves and the hero or heroine as they can. And if that works for them, that’s great!

But I’m like a homing pigeon. I gravitate toward the familiar in my writing and my life. Don’t get me wrong; all of my stories are unique. Each one has it’s own background, struggles and emotion. But I love to read funny, warm stories with happy endings. And that’s what I write.
Posted by Long and Short Reviews at 4:00 AM

Ruth, I'm afraid I drop into the latter category. I think my heroines are what I'd like to be :-) I'm not claiming I succeed in this. And I sure wouldn't want to go through what some of my heroines have!
I am enjoying following your AS blogs here.