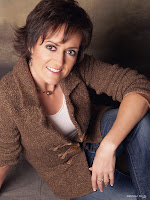 And the fifth most popular question I get asked: Which of all the books you’ve written is your favorite?

This question isn’t as easy as it sounds. Choosing a favorite between stories you’ve created can be like trying to choose a favorite between your children. I like them all for different reasons. Some represent landmarks or turning points in my career, so they stand out for that reason, but I don’t necessarily believe that one is far superior to another. So I thought I’d list a few favorites, and the reason they are significant to me.

A HOME OF HER OWN. This book is a Superromance (the longest, most mainstream of the Harlequin lines) that came out at Christmastime in 2004. I loved it because so much of my family history went into it. My grandfather really was a self-made millionaire who, after his divorce from my grandmother, married a woman half his age with a tarnished reputation (I’ve heard she was “the town prostitute” but I don’t know how accurate that is). She had three young children, which he adopted in his old age, and they inherited right along with his natural-born children when he died, so that part is true, too. And his new wife really did have flaming red hair and a temper to match. She tried to kill him when he didn’t die soon enough for her to inherit the money she’d been after from the first. With that much real-life conflict to draw on, I didn’t need to make it up.

TAKING THE HEAT. This book kicked off the suspense leg of my career. I was under contract for another Superromance when I wrote it, but I was dying to tell this somewhat gritty story that required a bigger, more mainstream canvas. So I went for it, hoping my editor would love it enough to give it a shot in the single title world. And she did. Although my agent at the time hated the book (she said it was too dark because it starts out in a prison), my editor thought it was one of the best stories I’d written, and Harlequin agreed with her. They bought two more suspense novels from me while I continued to write for Superromance.

DEAD SILENCE. The first installment in my Stillwater trilogy represents another milestone for me. Previously, I was turning out one single title suspense novel and two Superromances per year. From DEAD SILENCE on, the pendulum swung the other direction, which was important to the development of my career as a single title author. I also love this book for the sake of the story. I think it’s one of the most emotional stories I’ve ever created.

TRUST ME. Book #1 in The Last Stand series (which has six books in all) hit The New York Times at #20. It was my first time on the list and the achievement of one of my fondest dreams.

A DUNDEE CHRISTMAS. This isn’t even a book, it’s a novella. And it’s not out yet. It’ll be released in November of this year. But it deserves to be on this list because I think it’s the best short story I’ve ever written. My short story from a Christmas anthology that came out last year—“On a Snowy Christmas” from THE NIGHT BEFORE CHRISTMAS--has been nominated for a Rita (an award for published authors sponsored by Romance Writers of America), and I like that story, too, but I think this one is better.

And now you’re probably wondering where this summer’s offerings fall on my list. WHITE HEAT, BODY HEAT and KILLER HEAT are also some of my favorites. But then, so are the books I’m writing for next summer. :-)