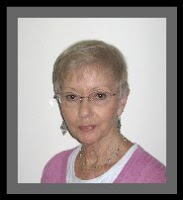 The Long and the Short of It is pleased to welcome Celia Yeary, whose latest book Texas Promise, the first book of the Cameron Sisters series, will be released this week by Desert Breeze Publishing.

Celia told me that she started writing because of extreme numbing boredom.

"I've always been a very busy person. For many years, rearing children, earning college degrees, and teaching high school students kept me on my toes. However, I retired early, and I'm extremely grateful I could do that. This gave me freedom to learn to play golf and bridge, travel, and become involved in community activities," she said.

However, a broken ankle and a bad disc in her back kept her in a recliner for weeks.

"I hated it!" she told me. "And one can only read and work crossword puzzles just so much. This was 2004, and I could not use a computer at all—not even e-mail. So my husband placed an old Toshiba notebook in my lap and told me to learn something. What did I learn? That I could write a story…and another…and another. Exhilarating!"

And the stories kept coming. Celia's files contain a dozen manuscripts, with nine being either published or contracted.

"The most surprising thing about writing these is that I'd never written anything in my life except science research papers. Then, out of the blue, stories began to pour out of me," she confessed. "I wrote steadily, already thinking about the next one while finishing another. My favorite is a coming-of-age story about a sixteen-year-old girl in 1901 North Texas. The setting is my birthplace, and while the girl is not me, I do pull on my early memories of my grandparents' home for much of the tale. Except, please know that I was not alive in 1901."

Wish for the Moon has been contracted by Willow Moon Press and will soon be released in eBook and print. Celia's particularly pleased since because of the genre, it was a difficult book to place.

In addition to Texas Promise and Wish for the Moon, upcoming books include Making the Turn, Crystal Lake Reunion, the second Cameron Sisters book--Texas True, and The Stars at Night.

In all of Celia's books, the characters come first.

"What is a story if it does not contain good characters?" she said. " For All My Hopes and Dreams, a young woman from my first book nagged at me, so I placed her in a carriage, running away from her domineering father who chose an unacceptable husband for her. For Texas Blue, the lead character, Marilee, popped in my head from nowhere. I placed her in a forest, abandoned with her little girl. For Showdown in Southfork (my only contemporary), the heroine inherits an abandoned town in West Texas (I got this from a real situation in which the owner sold a town on eBay.)"

In writing Texas Blue, she found balance something that was hard to maintain.

In the story, Marilee Weston was raped at age fourteen by her father's friend, resulting in a baby girl. The story begins when she is twenty, living in isolation in a forest. The hero, a paid tracker, locates her and the child. The hardest part of writing Texas Blue for Celia was Marilee's character as a rape victim.

"Should I write her solely as a victim, frightened and scared of her shadow, especially men, making her incapable of making decisions or taking action? Or should I make her courageous and brave, despite her vulnerability and youth?" she explained. "Of course, I chose the latter, but I also needed to keep that fear inside her for balance. In other words, Marilee did what she had to do, working through her stifling fear, and took a chance for a new life. "

"A famous author said, 'There's no such thing as writer's block—only lazy writers.' Well, I do not believe that for a minute. I should know—it's happened to me. And when it does, I stop and work on something else, take a nap, or take a walk. I had writer's block with a short novel I'm working on now. I need fifteen thousand words, and halfway through, I did not know how to proceed. After wasting several hours over a period of weeks, the plot finally jelled last night when I couldn't sleep. This morning, I sketched out the remainder of the plot."

Celia calls The Elements of Style by Strunk and White "Everything You Need to Know about Writing." The book is about 100 pages and Celia says the best pieces of advice are: avoid useless words, make sure the reader knows who is speaking, and write in the way that comes naturally.

Even though Celia's been writing a while, she didn't consider herself a writer until a reviewer commented that she was a storyteller.

"Haven't we read novels written with perfect mechanics and POV, but the story sorely lacked any sort of interest or punch?" she said. "Readers have made similar comments, too. 'You tell such a good story.' I love to take short anecdotal incidents from my childhood and write an essay or little story from them. Readers have said, 'Your childhood was so interesting!' No, I had an ordinary childhood, but a writer can take any simple event and make a funny or poignant story."

I asked Celia what her strangest habit was.

"Counting things in groups. I know; this is probably some kind of mental problem. If I cross a bridge, I count the posts—1,2,3—or 1,2,3,4. Whichever I choose I repeat the sequence until the end and hope I come out even. A psychologist could have a field day with this quirk. I do this sometimes with fence posts, bicyclists in groups, ornamental shrubs in someone's yard, anything that's in a line or row. I don't always do it, and I don't know why I do this at random times."

Her favorite animal is actually one she's scared of. "When I see a horse in a pasture or a corral, my heart speeds up and my spirits lift," she told me. "I believe there's no more beautiful animal on the face of the earth than a healthy horse."

Her favorite pizza? Her own (and she is sharing her recipe with us on Friday, so be sure and come back!).

"I cook pizza every Saturday night and have done so many years—decades, really. I make the dough from scratch, use either tomato sauce with basil and garlic, or a prepared Marinara sauce, and add pepperoni, jalapeño slices, and freshly grated Mozzarella. The crust is crunchy. We have red wine with it. I once got a marriage proposal because of my pizza. I made one to repay a neighbor for a favor he did for us, and he suggested we both divorce and I should marry him!"

Finally, I asked Celia what advice she would give to a new writer just setting out.

"First, love your book. Whatever you write, if you don't love your book, no one else will either, so dump it. Write until you have a manuscript you really love and have faith in. It's somewhat akin to finding the right man. Next, learn something about rejection. Ask published authors about their rejection experiences, so that when it happens, you will be better prepared to cope. Third, write, write, write."
You can keep up with Celia on her blog, http://celiayeary.blogspot.com
Posted by LASR/WC/A Admin at 4:00 AM