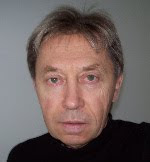 The Long and the Short of It is pleased to welcome Rod Raglin, author of Spirit Bear and Eagleridge Bluffs. Rod has worked as a reporter, columnist, and editor/publisher for over thirty years and began writing fiction seriously two years ago.

He writes romance, but admits he has an agenda—the environment.

"Over the past few years, I began to realize that I was most frequently preaching to the converted. The readers of my community newspaper knew where I stood and accordingly endorsed my rants or dismissed them. What was the point? Many people were saying it better and more eloquently," he said.

In Rod's opinion, protecting the natural environment is the only real issue—everything else pales in comparison. He wanted to reach a new audience, one that had the potential to initiate real change, so he wrote a romance novel with an environmental subplot.

"Romance fiction generated $1.37 billion in sales in 2008 and remained the largest share of the consumer market at 13.5 percent – bigger than mysteries, sci-fi, inspirational, literary, etc. 74.8 million people read at least one romance novel in 2008. The core of the romance fiction market is 29 million regular readers," he told me. "Women, which comprise 90 per cent of romance readers, have incredible potential to positively impact the environment."

This potential is due to the fact that women purchase (or influence the purchase) of 80% of all consumer goods.

"A woman that’s sensitive to environmental issues could influence the purchase of an energy efficient vehicle, products from recycled materials, stocks in a sustainable industry, even environmentally friendly cleaning products," he explained.

Spirit Bear, Rod's first e-published, is about a corporate climber that goes to battle with an eco-warrior over a ski development that threatens the habitat of the rare, mystical Spirit Bear.

Eagleridge Bluffs, his second novel, examines the morality and motivation of the young leader of a group of eco-terrorists and his unwitting accomplice, a naïve, affluent, middle-age woman involved in an protest to stop a highway expansion. It asks the question "What would you be prepared to sacrifice to save a wild place you love?"

All the royalties from the sale of these books are being donated to the Wilderness Committee to help them continue their work to protect the Spirit Bear and preserve the Great Bear Rainforest; and The Friends of Cypress Provincial Park Society to support the ongoing work in the preservation of the park's natural environment, its special historical and cultural features; and through education, an understanding and appreciation of the park's natural features.

For Rod, the most important element of writing comes down to just one thing: a big, important story.

"If it’s not a life and death saga, than it certainly should be life-altering – for the characters that is," he said. "Make it passionate and intense. For what your characters must achieve, have them risk everything. Sometimes I read stories and I wonder why did they write this? It’s so mundane, so trivial, so insignificant, so boring. Readers are living those lives; they don’t want to read about them. If you don’t have an imagination you’re going to have a difficult time being a writer. Go big or go home."

When Rod's not writing, he enjoys doing anything outdoors—mountain biking, hiking, climbing, running, etc., and he's always accompanied by his camera.

"Once I was rock climbing on a very hot day," he told me. "The cliff was void of shade and the sun was merciless. To make matters worse the rock was a light granite and reflected the heat right back at you. Half way up I dropped my water bottle. Several hours later I clawed my way up the last crack and onto the summit. My mouth was so dry my lips stuck to my teeth, my tongue was swollen, my head was pounding, and yellow spots were exploding in front of my eyes – and I still had to stagger a mile and half down the back side of the mountain to where there was a stream. Now I always ask for water wherever I am – restaurants, friend’s homes, etc., and never pass a public fountain by without taking a sip."

Rod's favorite animal is ursus americanus kermodei or Spirit Bear, the animal that plays a prominent role in his novel by the same name. Spirit Bears are a subspecies of the American Black Bear living on the Pacific Coast of northern British Columbia in an area called the Great Bear Rainforest. Due to a unique recessive trait in their gene pool one in every ten bears is white. Although there are only about 300 of these rare and unique animals in existence, they are threatened by trophy hunters and the destruction of their habitat by logging.

Rod told me, "Writer, naturalist and environmentalist John Muir said this about bears, but it speaks to our treatment of all wild animals:

Bears are not companions of men, but children of God, and His charity is broad enough for both... We seek to establish a narrow line between ourselves and the feathery zeros we dare to call angels, but ask a partition barrier of infinite width to show the rest of creation its proper place. Yet bears are made of the same dust as we, and breathe the same winds and drink of the same waters. A bears days are warmed by the same sun, his dwellings are overdomed by the same blue sky, and his life turns and ebbs with heart-pulsings like ours and was poured from the same fountain.....
"It’s a simple truth," Rod continued, "but a profound one that human beings have no more right to life and the resources of this planet than any other living thing. Once you realize that, everything changes. I write these books to encourage, nurture and support this change."

He likes thunderstorms, but only when they are right above him—not all around him.

"Once I was mountain climbing and a storm cell enveloped us," he told me. "The electricity made your hair stand on end and our metal carabineers and climbing tools actually looked like they were on fire. You could hear the zing of the lightning, and I swear the simultaneous thunder actually shook the mountain. The smell of ozone was like burned hair. It was humbling, believe me."
Posted by LASR/WC/A Admin at 4:00 AM