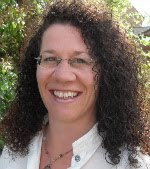 The Long and the Short of It is pleased to welcome Rachel Brimble, whose first historical romance The Arrival of Lily Curtis was released last month. I asked her to tell us a little bit about it.

"The Arrival of Lily Curtis is set in Bath and Colerne which are a real town and village near where I live. Here is the blurb:

At the mention of an arranged marriage, Elizabeth Caughley feels her life is over at the age of three and twenty….so she hatches an escape plan. She will reinvent herself as a housemaid. Overnight, Elizabeth becomes Lily – on the understanding if her attempt at independence fails, she will return home and marry a man of her parents choosing.

Viscount Westrop wants nothing more than his legacy to be passed to his own son one day. Even though he feels insurmountable pity for the unborn child already, he knows how much pain a broken promise can cause and will do what is right. But with the arrival of his new housemaid, his plans are thrown into disarray. Lily is funny, feisty and the most beautiful creature on earth – Andrew is thunderstruck. But if anyone suspects how much he wants to ravish her and endlessly love her, Andrew’s lineage will undoubtedly be in peril. And he cannot let that happen…
"I am very proud of this book because I managed to throw in the history, the intrigue, the sex, the romance and most of all, huge doses of love and laughter. Hopefully readers of the book will love it as much as I do!"

Rachel's been writing ever since she was fifteen and received some wonderful encouragement from her English teacher.

"She was passionate about my writing and told me that one day I would be a famous author," Rachel said. "What more does a young writer need to hear?!! I obviously grew older and real life took over for awhile but once I became pregnant with my eldest daughter I started writing again. But it wasn’t until 2006 that novels became my goal and soon the first steps to success began to happen."

Once she held her first novel, Waiting for Sophie, is her hands she felt as though she'd arrived.

"I'd done it," she explained, "and there was no stopping me now. It is the most euphoric feeling in the world and I still feel the exactly way every time I receive the advance copies of my new novels in the mail.

"But having said that, the reality is you are a writer the moment you start writing! My advice to all aspiring writers is don’t wait for that first acceptance to think or tell people you’re a writer, start now. If you write, you’re a writer."

Rachel told me she has three absolutely favorite authors: Nora Roberts for romance, Jodi Picoult for mainstream fiction, and Philippa Gregory for historical.

"All three of these wonderful writers have inspired me to write the best material I can as well as making me dream big and consider the affect my stories have on my readers," Rachel explained. "Whenever I pick up a book from one of these writers, I know I won’t be able to put it down as well as studying it as much as I do read it….and more often than not end up fretting if I’ll ever be that good!"

When it comes to Rachel's writing, she told me that her characters show up first.

"I’m usually in the bath, ironing or walking my black Labrador and I will hear a voice…And that voice always turns out to be my next hero or heroine," she shared. "I then tend to listen to them over the next couple of weeks and very soon the first inklings of a plot will start to emerge. And that’s when the real work starts for me!"

She admits that she's not a natural plotter and has go through blood, sweat, and tears to include both the hero and heroine GMC as well as exciting plot points and everything else that makes up a good book.

"Makes you wonder why I keep doing this writing thing, doesn’t it?" she asked.

In upcoming news, Rachel has recently signed a contract for her first novella-length story called Transatlantic Loving. It's part of a new series from The Wild Rose Press that is set around the fictional town of Summerville and the Class of 1985 high school reunion.

"The whole concept is fantastic and, as the heroes and heroines are in their early 40s," she explained, "they bring a wealth of experience and stories with them."

After Rachel's second book, she and her husband bought a log cabin type of office which sits at the bottom of her garden so she could have a dedicated writing space.

"I have an L shaped desk. The two walls surrounding the L are floor to ceiling cork for all my notes, pictures, brainstorming ideas etc. The third is covered with books – books I love, books to be read, books used for research…it’s full, believe me! And then the final side is windowed to let in all that rare and gorgeous British sunshine…or a place I can more often than not, watch the rain!"

She admits that her writing schedule is a bit hit and miss, grabbing time whenever she can around a part-time job, two young kids and cleaning what she calls "an often messy house."

"But having said that, my writing is on my mind ALL the time so often the house is the last thing to come into consideration!" she told me. "Some days I only manage an hour, other days three or four – it totally depends on the mood my kids are in, anything unexpected cropping up or the fact I can commandeer my husband to take the kids off for awhile. Writers can be very resourceful (and sly!) if they put their minds to it."

On a personal note, Rachel told me that dogs are her favorite animal and she shared with me a little about her Black Labrador, Max.

"He is most definitely my third and most obedient child. Having said that, he does have a mind of his own and if he doesn’t want to come back to me on command, he won’t…but he never answers me back, never looks at me as though I am the biggest moron to grace the earth and always, always lets me catch around his neck and give him a big hug."

Finally, I asked, "What would you like to know about the future?

"I want to know that all my hard work, tenacity and belief in my writing is going to pay off one day so I can actually make a living from doing what I love – I don’t necessarily want the millions (although it would be nice!), but I would love to know this is my real JOB and in turn, people would let me work without assuming I’m not just ‘playing’ at writing stories!"
You can keep up with Rachel on her blog, http://rachelbrimble.blogspot.com
Posted by LASR/WC/A Admin at 4:00 AM

I'm in the middle of reading The a
Arrival of Lily Curtis and would recomend it it as a great read.