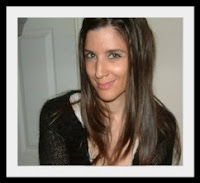 The Long and the Short of It is pleased to welcome Laura Hogg, creator of the Romeo vs. Juliet series, in which Romeo and Juliet travel to different eras. The hero is Elizabethan and a contemporary of Shakespeare. He has to go up against the love of his life. In the second of the series, The Questrist, the characters first go to the future, then the past, to the fifteenth century. They change the course of a battle and radically alter history.

I asked her what surprising thing she's learned from her writing.

"There’s a historical mystery about whether or not King Richard III of England murdered his nephews in the Tower and seized the crown. I read a lot about this and came to the conclusion that he’s innocent," Laura said. "My characters meet him in RvJ II: The Questrist. As a result of what Richard learns from my character, Elizabethan history is wiped off the map of time. So, I ended up learning about the Wars of the Roses and the people involved. I didn’t know when I started that I’d take this side. Even Shakespeare thought Richard was guilty. But if you mean straight out learned, for certain, I learned that my suspicion was true: writers are really great people. I met so many after I started writing. They’re wonderful and helpful people who want to help others get to the top with them." She paused then added, "But I guess that’s not so surprising, is it? I guess I screwed up this answer."

"What got you interested in writing?" I asked Laura.

However, when she would think about what she wanted to be when she grew up, "author" wasn't on the list.

"I wanted to be a musician and an inventor," she told me. "I have been in rock bands, and I have invented games, but I don’t have the money for the patents, so someday..."

"What inspired your first book?" I wondered.

"A picture. That picture inspired a short story, which turned into a novel."

Sometimes Laura comes up with a brief synopsis and then creates characters to carry out that plot. At the same time, the development of the characters can alter the plot, so there is a lot of give and take. She really enjoys, however, writing books in a series, like her Romeo vs. Juliet series.

"For the books after the first," she explained, "I already have my major characters and their world, so I try to create an interesting plot." She's currently working on a story in the series set in 1920s New York, among other stories.

I wondered how she came up with the titles to her books.

"With Baby Vamp and Copacetic, since they’re set in the 1920s, I used popular twenties phrases (Baby Vamp is not about vampires)," she told me. "Sometimes I meditate and a name comes to me; for example, my historical novel Descent into Darkness has a title that just popped into my head when I thought about the plot. In The 12th Kiss, there’s an important plot point that figures around the heroine giving her man the twelfth kiss. Double Vision is a paranormal about a psychic, and he and his love fall in love on the astral plane. Emma the Outlaw, my Western, well, I think the title describes what the story is about. I sometimes name my work according to the heroine’s name, as in my Victorian novella, Margot. In For the Love of a Queen, my hero does something terrible for the sake of his wife who is a queen. It just depends."

Of all her books, probably her favorite is the first book in her series, Romeo vs. Juliet.

"I even learned how to write screenplays and wrote one for this book," she said. "The characters jump through different decades and have adventures." She hasn't yet sold her screenplay, but she's still hoping.

The show Highlander, as well as Shakespeare's play, served as inspirations for this series. Connor and Duncan MacLeod lived through different eras; Laura's characters visit the different eras in an adventurous, highly passionate story. Not surprisingly, when I asked her one thing she wished for, she answered promptly, "The ability to time travel."

Laura was a French major in college and told me that she learned a lot from French novels, calling them "clever and deep." However, she admitted, "I like how Americans tend to end their stories on a happy note. Romance requires the happy ending. I like to smile when I read a book."

On a more personal note, I asked Laura, "Do you really, really want a dog?"

"No, I have cats," she answered. "I really want a hamster, but my husband says our cats will eat it."

~~She told me that not only did she cry during The Passion of the Christ, she cried for hours later.

~~She feels scientists should invent a food replicator.

~~She considers herself a night person.

~~She can taste the difference between Coke and Pepsi and prefers Coke.

You can keep up with Laura on her blog, http://traveltheages.blogspot.com.
Posted by LASR/WC/A Admin at 4:00 AM

I really appreciate you interviewing me here and wish you the best! :)