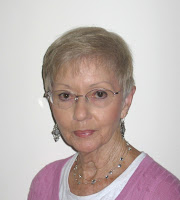 In case you don’t know me, not that I’m insinuating hordes of people do, my name is Celia Yeary. In the south—or Texas—each person must have two names which go really well together so you will know when your mother is really angry at you. Fathers don’t need to know our middle names, because they wouldn’t call you in the same tone of voice our mother would anyway: “Celie Ann Davis, you get yourself in here right this minute, and don’t dilly-dally doing it, either!” Mother and everyone else called me Celie instead of Celia—it was the old-fashioned way to pronounce it. Even today, at my age, when I call my 88-year-old uncle, he’ll yell, “Honey, it’s Celie Ann.”

I grew up on the South Plains of Texas, near Lubbock, where the sky often looked like a big blue bowl turned upside down on a flat-as-a-pancake sea of brown, giving an unrestricted view because of the scarcity of trees. There’s actually a town named No Trees, Texas. Life was wholesome and happy for the most part on the South Plains. I learned everything I know that’s good from those years—help your neighbors, speak kindly to your elders, don’t call your sister a bad name, and whatever you do, wear clean panties every day in case you have to go to the hospital.

My life has been ordinary, mostly uneventful as far as tragedies go, but my family did follow the oil fields until I was ten years old. In all those years, we had no permanent home, but lived in rented places, usually too small for five of us, with barely adequate facilities. As an adult, I married, had two children, and then at age 27 began college. I did it my way, but…it was the hard way. I always told my children and students—“don’t follow my example.”

For some unknown reason, I began to write romance stories in 2004. The process amazed me, since I’d never written anything fictional in my life. I caught on fire with the thrill and pleasure I gained from this activity. Up until then, I did needlework, crafts, scrapbooks, and played golf. I’m glad I switched to writing. At least I do make a little money, and maybe now I won’t get skin cancer.

Now, what about you? Even if I know you somehow, where did you grow up? Did you have a career? If you’re an author, what do you write? As a reader, what is your favorite genre?

ALL MY HOPES AND DREAMS-eBook and Print

http://www.thewildrosepress.com
Posted by Long and Short Reviews at 4:00 AM

Celia,
I enjoyed learning more about you. I didn't know you lived in rental places in your early years. And I grew up in Findlay, Ohio, and my mother told me to be sure I had clean panties on daily in case I was in an accident. That must've been a universal mother thing to tell their kids. LOL

I also taught school but not as long as you did. I left the teaching field to raise 6 children. I started writing to keep sane!

I lived in Boston and Cincinnati most of my life and worked as a chemist. I always knew I will write romance one day.

Super intro, Celia! The panties thing is universal, I think - my mom told me something similar.

I'm so glad you started to write!

Dear Celia, you are writing my bio except it's Kentucky and Missouri. I, too, went to college late, and worked in education while dreaming of one day being a writer. (I guess we differ here as your writing seems to have taken you by surprise.) And I love fiction best of all, mainstream and romance as long as it deals with human emotions. And yes, we still live by all those admonitions you dear southern mothers taught us, don't we? Thanks for the reminders. Linda

Forgot to mention what a smile that double name definition broght. I always knew the state of my mother's displeasure when she called me Linda Helen. And my relateives still call me that today. I have a 94 year old aunt who is still Edna Mae. It's a Southern thing.

Great intro, Celia. I never knew about the names and Celie. How cute!

Well, I grew up in Manchester, NH and didn't start my international travels until I turned 18 and joined the Army. hehe

I seriously started writing for publication in 2000. That's when I also got a job as a 911 Dispatcher for LAPD. I've been happy since.

Glad to see you in the Spotlight!
Smiles
Steph

Hi Celia,
How fun to learn more about Texas and You. I like your name pronounced 'celie', I think it's cute. I'm looking forward to your posts this week.

Hey Celia,
I love your descriptions of Texas. I can almost hear your family calling you Celie Ann. What a poignant picture you paint with your words.
Hugs! Maggie

LOL, the panties things crosses oceans, not just boundries.
I lived in Scotland, was schooled in England, and love the countryside.
Texas sounds so huge it's hard to get my head round the reality. I love wide open spaces. Perhaps one day I'll get to see the 'real thing'.

DIANE--Oh, yes, the panty thing every female probalby knows! I know where Findlay is. I see it somewhere on map when we drive to Ann Arbor. Writing keeps you sane? I never knew! Celia

MONA--thanks for the compliment--and so do you. I love reading where everyone gre up. It does shape us as adults. And shows up in our writing. Celia

Thannks, Lindsay--I'm glad I started writing, too. such fun! Celia

EDNA MAE--yes, we do mirror each other's lives. (I know your other name is Linda)--It's funny, we never know our friends' middle names, and I love to know the entire name. Celia

STEPH--so, residents of NH don't get called by two names. Figures, since it does seem to be a southern thing. Thanks for visiting! Celia

DANIELLE--thank you for stopping by. Yes, "Celie" was the old-fashioned pronunciation. I was named after my greatgrandmother "Celie Harriet." Celia

AHHH, thank you, Maggie. I told my early name to my long-time friends many years ago, and once in a while one will call me that. Sounds odd coming from them. Celia

SHERRY--Oh, I'd love to visit Scotland. We've been all over Europe and the Scandinavian countries and England, but not Scotland. It's a great setting for novels, isn't it? You should have stores of memories. And the panty thing crosses the ocean? I never knew. Celia

HI, Celia, So glad you took up romance writing, or we wouldn't have gotten the chance to meet you and learn so much about Texas! You bring it to life for those of us who might never get there which is almost as good as being there!

Hi, Celia,
I grew up in Ohio, but my family is Southern going back to the 1600s, so I have two names, and my family always calls me Keena Diane. LOL!

I haven't taught school, but I've thought about it.

I spent years as a journalist, then switched to public relations. I've always been a writer, and will always be a writer. I write historical paranormals and am published with The Wild Rose Press.

I don't hear that phrase, dilly dally much any more, just like lots of phrases I heard growing up.

LIANA--well, I'm glad I took it up, too. Otherwise I wouldn't have met you and all the other wonderful authors I never knew existed. How special is that? Celia

WELL, HELLO, KEENA DIANE--I can't think of a name that's much prettier than yours. And you have southern roots back to the 1600's? Wow, and double wow. I have no idea where my ancestors were that far back. Probably in prison somewhere in Europe!! Just kidding. Celia

MORGAN--I don't really hear it anymore, either, unless I say it for fun. When I think of dilly-dallying, I think of Prissy in Gone With The Wind, strolling down the sidewalk, running a stick along the fence, sing-songing "La-la-la-la." When she was supposed to have found the doctor to "birth that baby!" Celia

Hi Celia,
"Becca June" always meant I was in a heap of trouble in Upstate South Carolina and likely to get paddled. LOL I grew up in rental houses too, either textile mill villages or old tenement farm houses depending on my dad's mood at the time. I also furthered my education after getting married. We are all definitely glad you found writing or it found you. And I love all your stories about Texas.

Hi, Becca June! Love the name. It seems so many of us grew up in parallel lives. Must be we're all at least close to the same age. Thanks for visiting. Celia

Celia - hey, I lived in Texas for 2 years, Killeen. Husband was in the Army stationed at Fort Hood. Being an Idaho native, I was happy to return home. Enjoyed the posts.