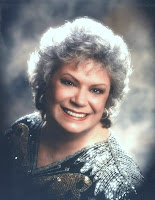 I'm particularly fond of romantic suspense. I've always loved mysteries and by adding the romance, what's at stake for the hero and heroine is increased beyond the goal of solving the crime and unraveling the mystery. They now have to also deal in the emotional arena of an unspoken love while trying to deny to themselves that the love exists…looking out for each other, protecting each other, yet still needing to do their jobs.

Déjà Vu was a fun book to write. It had a lot of the elements that I like—the mysterious hero with a hidden past, the need for the heroine to trust him on blind faith until he can explain himself to her, a setting that I personally like as in this case a privately owned island off the coast of Washington state, and secondary characters who may or may not be who they seem to be.

And to the basic elements that I like, I gave the heroine some psychic ability but made it more frightening for her than viable in that she's never learned how to use it…startling visions she doesn't know how to interpret, visions she can't control or stop.

Some of my research for this book came from a television show I saw (probably on the travel channel) about privately owned islands for sale. From that, I looked up some of them on the internet for added details. Then there was a forensics documentary about using a skull to identify a skeleton where there wasn't anything to match dna to for a positive identification.

She forced out the words that tried to choke off in her throat. “Who is Gable Talbot? Who are you?”

He turned and stared out the window, his gaze falling on the ocean without really focusing on it. What to do. How much to tell her. He had known the time would come when he had to confide the truth to her, especially after they spent an incredible night making love. A night that had a remarkable impact on his life. A night that confirmed his involvement with her had moved beyond the physical to encompass the emotional as well. But he had not been prepared for her to confront him the very next day and certainly not with the knowledge of his deception about his identity.

Divulge his entire plan to her? Confess his true identity while holding back the details of his scheme? He had never felt so torn between two opposing ends of one reality. Even as a teenager he knew what had to be done. For twenty-five years he had pursued a single-minded course of action and long range plan aimed at one, and only one, conclusion. A plan that included his one and only long time ally and confidant.

And now he stood there, staring out the window and wondering what to do. He tried to shake off his rapidly growing apprehension. He had no option other than to trust her with the truth. At least part of it…for the time being. He turned to face her, but stayed more than arm’s length away. He could not allow his desire for her to cloud his thinking and touching her would do just that.

A sigh of resignation escaped his throat. “You’re putting me in a position I wasn’t quite ready to accept in spite of the fact that I’ve given it considerable thought over the last day or so. I wanted to be honest with you.” He tried to calm his rattled nerves, but without much success. “What I’m about to tell you must be kept in the strictest of confidence. The seriousness of what’s going on here…the importance of all this can’t be emphasized too much. There cannot be any exceptions. I need to have your absolute promise of discretion and complete secrecy.”