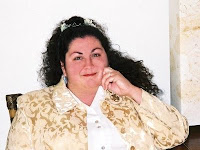 The Five W’s in journalism have long been considered the concepts used in basic information gathering, particularly in police investigations. The principle is that each question cannot be answered with a simple yes or no, but must elicit factual answers. This is a formula for getting the full story on something. For the report, the Five W’s must be answered, as well as an H and M. This formula is also ideal for writers, especially those writing suspense, thrillers, crime and detective novels.

For the sake of this article, we’ll write a crime novel. Our W5+H+M checklist will look like this:
W5:

Who? – Who was involved in the crime? Who was the victim? Who are the suspects? You need at least one victim and one suspect. Also, consider who your investigators are.

Also, your ‘who’ could be your protagonists and antagonists. Who are they? It’s a good idea to either keep index cards at hand or set up a special file for characters you’re including in each story. Flesh them out there by including a photo of people you find on the net or in magazines, and include their physical characteristics and their personalities.

What? – What happened? What kind of crime was committed? What are the leads? Every crime scene leaves clues to the crime and the suspect the investigator must discover and put together somewhat like a jigsaw puzzle. And when the suspect is captured, what were his/her motives behind the crime?

Also, your ‘what’ could be what kind of person is this character or that one? What happened in the past that’s made them the person they are today? What do they need to do in the course of the story to get to their goal or destination? And if they suffer setbacks along the way, what will they do to get out sticky situations?

Where? – Where did the crime take place? Where was the body found (assuming it was murder)? Where did the victim disappear (possibly a kidnapping)?

When? – When did the crime take place? The coroner will place a death at an approximate time.

Also, it could be a situation. When did it, whatever ‘it’ is, happen? When can also be a deadline...when something has to be completed.

Why? – Why did the crime happen? The suspect will have his/her motive. This is the why behind a murder...why did it happen? Why did the suspect choose this victim?
Also, why is your character in a particular situation?

H: How? – How did the crime happen? This is usually where Hercule Poirot brings everyone into the same room and lays out his theory behind the crime to all the people there. He’ll tell how the murder was committed, where, when, why, and who had been killed. In the end, he’ll say who it was and shock everyone.

M: Method? – Last but not least, we have the method in which the crime happened. If it was murder, how did the killer do it? What tool did he use to exact his revenge? Bare hands, a knife, a gun, etc.?

This formula is perfect for crime writing—suspense, thrillers, horror, and also for crossover genre like romantic suspense and historical crimes.

Not every story has to include all seven of these questions, but certainly several of them are necessary to create believable and interesting characters. In my book A Piece of My Heart, Kate Conneelly’s questions can be answered simply as this:

Who is Kate Conneely? – She was born in the west of Ireland and raised on a sheep farm. She’s a young traditional Irish Catholic woman whose values and morals she takes seriously. She loves her family and has trained as a palliative care nurse because she loves people and wants to ease their suffering in their final days. She still harbors a deep love for Mick Spillane, and when his parents are taken gravely ill, she doesn’t hesitate to step in to care for them because they’re as close to her as her own family. And why wouldn’t they be when she thought she would eventually marry Mick one day?

What is Kate’s greatest desire? – Above all, she desires love. While she loves her job and caring for people, she really wants a family of her own—a man to love her and children to dote on—and a home of her own. With that will come great joy and happiness.

Where does Kate see herself in the next five years? – She trained as a palliative care nurse and returns to work in the hospital. In five years time, she hopes to still be caring for people and making a proper career in nursing. But she also wants the husband and family. She wants it all and is not afraid to fight hard for it.

When will she find love? – Kate thought she found love as a young girl. She loved Mick heart and soul. She knew he felt the same. But something happened and he broke up with her, leaving the west for college in Dublin. He didn’t even say goodbye.

Why can’t she let go of Mick? – She loved Mick deeply when she was young. He’s ingrained on her soul. As an adult she compares other men to Mick, and sabotages every possible chance at love that comes along, simply because she’s still in love with Mick. They have unfinished business. Until she can close that chapter of her life, she can’t go on to the next.

How does she expect to help Mick save the farm and keep her distance from him at the same time? – Kate is torn between wanting to spend as much time with Mick as possible and getting free of him so she can get on with her own life. Caring for his parents for the last few years meant she’s always had some sort of involvement with him. And every time she sees him her heart aches a little more, then breaks at his cold shoulder. She knows she’s asking for trouble when she offers to help Mick find a way to keep the farm and so he can return to his life in Dublin. But the only way to be truly free of him is to help him. Only then can she be free.

What method will she use to achieve her freedom? – Ah! Now that would be telling. You’ll have to read the book.

Look at your own characters and ask similar questions of each of them. Every character you write is as individual as every person you’d meet on the street, and each has their own story to tell. Just as if I were list Mick's W5+H+M, we’d learn about who he is as a person and what took him to Dublin and why. And the steps he’s willing to take to get Kate back in his life.


Tomorrow’s article: Romance vs Erotica: How Much Sex?
Posted by Long and Short Reviews at 4:00 AM

Hi Robyn,
Thanks for your comment. I wish Kate were a real person. She's someone I'd love to be friends with.