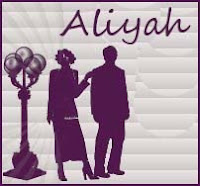 The Long and the Short of It is pleased to welcome Aliyah Burke, whose newest book with Total-E-Bound, The Lieutenant's Ex-Wife, and newest book from Phaze, Landing in Love are due to be released soon. Although a prolific author with twenty-plus books available, Aliyah didn't always want to be a writer. When I asked her what she wanted to be growing up, she told me, "Marine biologist and wildlife veterinarian."

She does most of her writing in her office. I asked her to describe it for us.

"I'm surrounded by bookshelves, stacked three deep and two high, with Thomas Blackshear statues on top of them as well as some more books. More books in piles on the floor since I’ve not gotten around to putting them all away. My desk is more often than not cluttered…I try to keep it clean but…doesn’t always work that way. The walls are covered by photos and cover art. A big purple dog bed by one bookcase."

Aliyah admits that there are some days when the words just don't want to come. When that happens, she takes her dogs for a walk, hit the treadmill, or visit with friends.

"Anything to give my mind a break," she explained, "which is when the words seem to come back."

For her, 98% of the time Aliyah's characters come first—they show up and tell her what they do. Sometimes. Other times, Aliyah said, "they like me to see if I can figure it out, so they can laugh and tell me I'm wrong."

After the characters reveal themselves, her story just seems to fall into place.

That was one of the most surprising things she learned during the writing of her book—the lack of control.

"The characters tell me what's what," she said. "I had been under the impression I could have them do what I want them to. Yeah….that dinna happen."

She also has a hard time coming up with titles to her books.

"I usually try to get at least six ideas I would be okay with and then whittle it down," she told me. "Then I check with some friends and see if the one I picked was the one they say caught their attention the most."

But the very hardest part of writing her books has to be keeping it within the word count for a specific publisher or line.

"I do long stories, so writing shorter ones is always a challenge for me," she explained.

Aliyah considers herself a morning person, because she loves being up early to see the early dawn give way to the day. However, she told me she seems to be up later and later each night. In fact, the night before the interview she told me that at midnight she had been IMing with a friend and writing in her notebook.

On a personal note, I asked Aliyah if she had ever eaten a crayon.

"Yes. But in my defense, my brother told me to do it and I did a lot of stupid things he told me to do," she said.

When Aliyah's not writing, she likes to read and spend time with her husband and their dogs. In fact, she told me she couldn't imagine her life without her dogs.

She hates how she looks in pictures, which is why she doesn't have them taken.

She admits to crying in movies ("I'm a huge sap"), loving thunderstorms ("The lightning as well—such a beautiful sight"), and being able to multitask ("I don't like to do it, but I can.")

She also admits to being a Coke girl, through and through.

"Develop a thick skin," she told me. "You can’t please everyone, no matter how much you may want to. And just because you get a rejection doesn’t mean you should hang up the towel, keep at it."
You can keep up with Aliyah on her blog, http://aliyahburke.blogspot.com
Posted by LASR/WC/A Admin at 4:00 AM